Menu
You are here: Impact

The intent of the SEARCH Sea Ice Outlook effort is not to issue predictions, but rather to summarize all available data and observations to provide the scientific community, stakeholders, and the public the best available information on the evolution of arctic sea ice.
http://www.arcus.org/search/siwo

UNWater.org website launched the 2010 World Water Day website which is this year dedicated to the theme of water quality, reflecting its importance alongside quantity of the resource in water management. The website features information on Water Quality, a section on all previous observances of World Water Day and constantly expanding sections on Campaign Materials and Worldwide Events. World Water Day 2010 will be co-ordinated by The United Nations Environment Programme (UNEP).
UNWATER.org

CLIMATE IMPACTS GROUP
Pacific Northwest water resources are projected to be materially affected by a changing climate. This two-year collaborative project is designed to provide free public access to hydrologic scenarios needed to support long-range water planning for the 21st century. The menus to the left provide access to a comprehensive suite of climate change hydrologic data bases and summary products for approximately 300 streamflow locations in the Columbia River basin and selected coastal drainages west of the Cascades.
www.hydro.washington.edu/2860/

Federal securities laws and SEC regulations require certain disclosures by public companies for the benefit of investors. Occasionally, to assist those who provide such disclosures, the Commission provides guidance on how to interpret the disclosure rules on topics of interest to the business and investment communities. The Commission's interpretive releases do not create new legal requirements nor modify existing ones, but are intended to provide clarity and enhance consistency for public companies and their investors.
http://sec.gov/news/press/2010/2010-15.htm

YALE 360 - Tracking the Himalaya’s Melting Glaciers
David Breashears is a mountaineer, photographer, and filmmaker who has reached the summit of Mount Everest five times and has produced more than 40 film projects, including “Storm Over Everest.” The winner of four Emmy Awards, he co-directed and co-produced the first IMAX film shot on Everest in 1996. A year later, he performed the first live audio webcast from Everest’s summit for the PBS series NOVA. He is a Senior Fellow at the Asia Society Center on U.S.-China Relations.
http://e360.yale.edu/content/feature.msp?id=2295

Earth's oceans are the greatest influence on global climate. Only from space can we observe our vast oceans on a global scale and monitor critical changes in ocean currents and heat storage.
http://sealevel.jpl.nasa.gov/overview/overview.html

Cal-Adapt has been designed to provide access the wealth of data and information that has been, and continues to be, produced by the State's scientific and research community.  The data available in this site offer a view of how climate change might affect California at the local level. Here you can work with visualization tools, access data, and participate in community sharing to contribute your own knowledge.
http://cal-adapt.org/

The American Security Project is a non-profit, bipartisan public policy and research organization dedicated to fostering knowledge and understanding of a range of national security issues, promoting debate about the appropriate use of American power, and cultivating strategic responses to 21st century challenges.
http://www.secureamericanfuture.org/pay-now-pay-later

AMAP is an international organization established in 1991 to implement components of the Arctic Environmental Protection Strategy (AEPS).  Now a programme group of the Arctic Council, AMAP's current objective is "providing reliable and sufficient information on the status of, and threats to, the Arctic environment, and providing scientific advice on actions to be taken in order to support Arctic governments in their efforts to take remedial and preventive actions relating to contaminants".
http://www.amap.no/

ANDRILL is the newest geological drilling program in an ongoing effort to recover statigraphic records from the Antarctic region. ANDRILL currently represents over 150 scientists from Germany, Italy, New Zealand, the United Kingdom, and the United States. The program's primary objectives are to investigate Antarctica's role in global environmental change over the past 65 million years and to better understand Antarctica's future response to global changes.
http://www.andrill.org/publications

The Wisconsin Initiative on Climate Change Impacts (WICCI) assesses and anticipates climate change impacts on specific Wisconsin natural resources, ecosystems and regions; evaluates potential effects on industry, agriculture, tourism and other human activities; and develops and recommends adaptation strategies that can be implemented by businesses, farmers, public health officials, municipalities, resource managers and other stakeholders. WICCI represents a partnership between: The University of Wisconsin, The Wisconsin Department of Natural Resources (DNR), Other state agencies and institutions.
http://www.wicci.wisc.edu/ 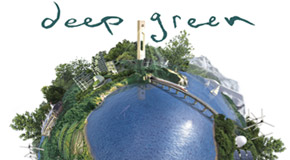 Based on six years of intensive research and devoted exclusively to solutions to man-made global warming, “Deep Green” cuts through the clutter to bring new clarity to an increasingly-urgent situation. The best applications worldwide in energy efficiency, green building, de-carbonizing transportation, sustainable agriculture, renewable energy and smart grids, and forest restoration. Some profoundly personal and practical—like what one person can do to lower their carbon load in their own house, with their 0wn Lifestyle, on their own land. Others necessarily complex, such as Southern California Edison’s quest to find the best batteries to electrify transportation.
http://deepgreenmovie.com

CDIAC responds to data and information requests from users worldwide investigating the greenhouse effect and global climate change. CDIAC's data holdings include records of the concentrations of carbon dioxide and other radiatively active gases in the atmosphere; the role of the terrestrial biosphere and the oceans in the biogeochemical cycles of greenhouse gases; emissions of carbon dioxide to the atmosphere; long-term climate trends; the effects of elevated carbon dioxide on vegetation; and the vulnerability of coastal areas to rising sea level.
http://cdiac.ornl.gov/

ICS has created Climate Change Impact to provide information about the effects of climate change and population from studies and organizations around the globe.

The impact from climate change along with population growth present an inevitable concern from information illustrated in climate science studies.

The impact of climate change develops a natural focus for the Institute of Climate Studies.

Include here is a list of organizations, studies, and resources to deliver a better understanding of the impact of climate change and population growth.