Menu
You are here: Articles2012 ICSUSA ARTICLESAugust 2012 - Carbon and Its Compounds Have Many Properties

August 2012 - Carbon and Its Compounds Have Many Properties

Let’s talk about element #6 in the Periodic Table of Earth’s elements: carbon.

Yes, really, it is very interesting.

Remember that phrase “diamonds are a girl’s best friend”? Yes, that diamond in the engagement ring is all carbon. [Hope this does not disappoint anyone.] Diamonds have a three dimensional arrangement of carbon atoms [illustration] that provides the special properties of hardness and beauty.

How about that new walking stick or ski pole? Indeed, it may be made of carbon, carbon in a fiber form [illustration]. It is stronger by weight than steel and very light. These properties are finding increased uses everywhere. 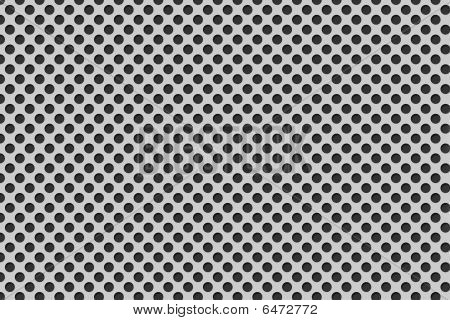 What about the pencils many of us use every day? The “lead” is actually another form of carbon called graphite. Graphite exists as flat sheets of carbon atoms that slide over one another [illustration] and is very useful as a lubricant. 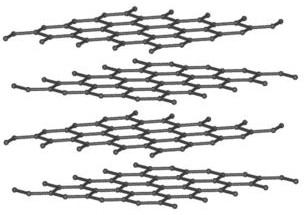 Carbon is the major component of coal, oil, biomass and natural gas and when burned provides us with heat, the electricity that helps run our homes and the energy we need to power our complex civilization.

The product of this combustion is carbon dioxide which is still another form of carbon. It is a colorless, tasteless, odorless gas which has some valuable properties. One of them is that it is used as “dry ice” to keep ice cream frozen. Upon melting it goes directly from the solid frozen state at minus 109 degrees F to a gas, and leaves no liquid behind; it sublimes. It is also inert and is used in fire extinguishers.

If we could see this gas molecule it might look something like the illustration here. The carbon atom is at the center with an oxygen atom attached to it on each side in a linear fashion as shown.

This gas, this form of carbon is also a food, in the sense that all green plants consume it. Together with the sun’s energy in a process called photosynthesis, plants use it for growth of flowers, leaves, wood, grains and other foods that sustains life.

Fortunately for us and life on the planet, it has still another property: it absorbs infrared energy. It is a greenhouse gas.

When this gas is present in our atmosphere at pre-industrial levels of 280 ppm or less, it absorbs enough infrared energy to keep our planet’s average temperature at 57 degrees F. If it were not present, the average temperature of Earth would be close to zero degrees F, and life as we know it would not exist.

However, at higher concentrations such as we are experiencing today [about 395 ppm], and projected to go much higher, it continues to add to the measurable warming of our planet’s earth, water and air. This is why climate scientists are alarmed.

This extra energy in the atmosphere adds to the usual weather conditions which can make many of them extreme. The map of U.S. shows that the recent 12 month period is the hottest ever recorded in 117 years of weather history.

Wildfires out West burned millions of acres and hundreds of homes; 35,000 people evacuated from Colorado Springs; a snowpack in the Rockies 2% of normal; MN, FL, Russia and China with record floods and hundreds dead; drought that covers > 60% of the US and these are just a sampling of recent extreme weather events globally.

A June 29 storm, a “derecho,” with winds up to 80 mph, caused >25 deaths. Millions of people were without power in the D.C., VA, MD area for many days while temperatures were in triple digits. In 2011 Lake Champlain broke its historical high level by 1.2 feet!

Indeed, May was the 327th month in a row in which the temperature of the entire globe exceeded the 20th century average.

Extreme weather is becoming the norm.

We can’t pick and choose which kinds of carbon and which properties we like or don’t like. Carbon dioxide, a greenhouse gas, has this property of absorbing infrared energy.

That is just the way it is.

We have an 800 pound gorilla in the room. We must talk about carbon dioxide, climate change, in a rational way. These extreme weather events are giving us a message loud and clear. We should listen.