Menu
You are here: Articles2023 ICSUSA ARTICLESJanuary 2023 - A Distant View of Earth: “Earth Set” from Beyond the Moon

A Distant View of Earth: “Earth Set” from Beyond the Moon

We probably have seen, over the past decades, a view of Earth taken by the Apollo astronauts in 1968. The title of that photo was “Earth Rise”, and it showed our home planet emerging from behind the moon, and that image appeared on countless magazine covers, books, TV shows and more. The beautiful blue and green planet with white clouds, silhouetted in the blackness of space, was in stark contrast to the lifeless aspects of the cratered moon.

And now we have a new photo to admire: “Earth Set” taken by NASA’s Orion capsule [unmanned] in the Artemis 1 mission that circled the moon in November 2022 as part of a 26-day mission. This composite photo shows the Earth setting, eclipsed, by the moon with the same beauty and contrast that was in the earlier photo from the Apollo mission. Photos contributed/ NASA, JSC, Artemis I and compiled by Bob King. 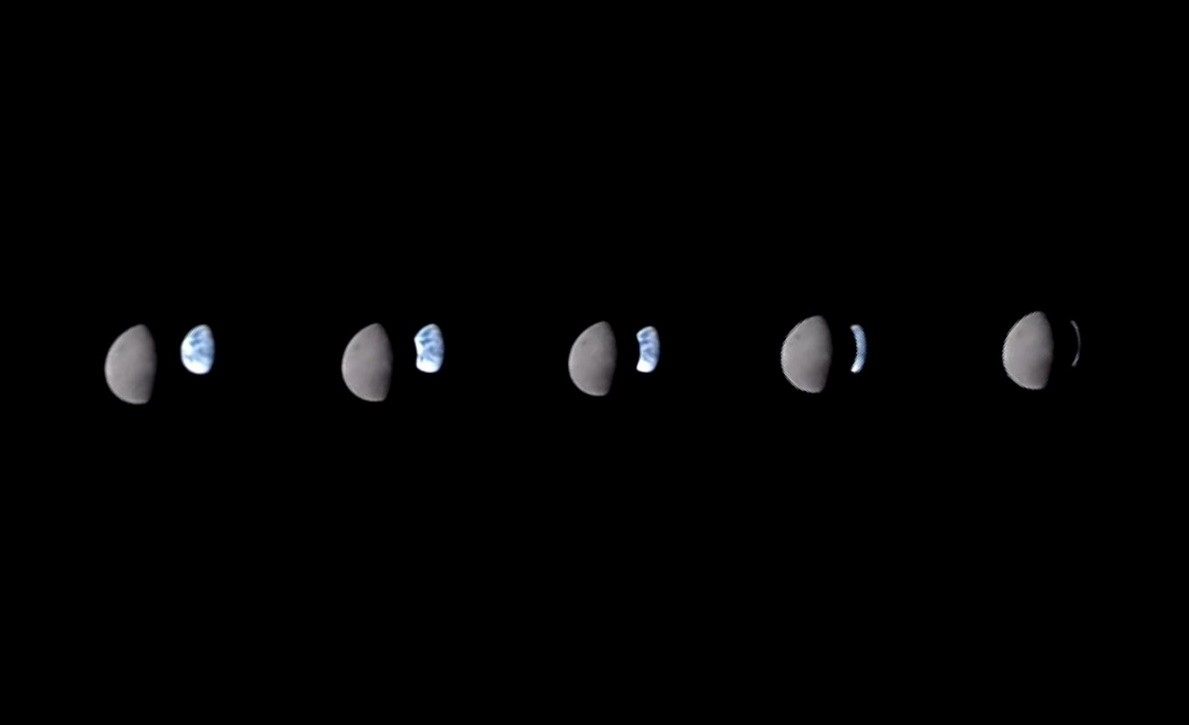 The inherent beauty of that 1968 photo is still evident today some 55 years later. And, the chances of keeping that sky blue, by reducing the emission of particulates that would turn it brown, have increased significantly.

The International Energy Agency [IEA] issued a report dated December 22, 2022, “Renewables 2022.” Their projection for solar and wind installations over the next 5 years [2022 – 2027] states that 2,400 gigawatts [GW] of renewable power will be added globally! For comparison purposes, a nuclear power plant is typically rated at about 1 GW of power. It is not an exact comparison since a nuclear plant can produce power around the clock, unlike solar or wind which are intermittent.

Geopolitics appears to make politicians see the benefits of renewables. With Russia turning off most of the natural gas supply to Europe the leaders there responded. The amount of solar power in the European Union [EU] soared by almost 50% in 2022. Indeed, the EU installed a record 41.4 GW of solar last year “enough to power the equivalent of 12.4 million homes.” Germany installed the most solar power of any other country in the block [8 GW], followed by Spain with 7.5 GW installed.

If this 5-year plan materializes, and it should since prior estimates by the EIA have been conservative, this will reduce significantly the consumption of fossil fuels. However, the impact of a reduction in carbon emissions, as well as that of resulting particulates, will have beneficial impacts not only on slowing global warming and climate change, but also on human health.

Very small particulates called PM2.5, when inhaled, can penetrate deeply into the lungs and can even enter the bloodstream. They are about 25 times smaller than the diameter of a human hair. See image with title “Particulate Size Comparison” from a publication of the California Air Resources Board.

High levels of these particles can aggravate heart and lung issues, including bronchitis, asthma, respiratory problems and cause premature mortality.

This planned buildout of renewables, and reduction in use of fossil fuels, will have beneficial and significant effects on health world-wide since the dirtiest fossil fuel plants will be among the first to close; and these are the ones that produce large amounts of PM2.5. The cost of generating power, maintenance and inefficiencies of these older plants make them much less economical to operate.

And then we have the December 2022 announcement by Gov. Hochul [New York State] of the start of construction of the 339-mile Champlain Hudson Power Express [CHPE] power line. It will bring electric power from Hydro-Quebec to New York City[NYC]. The pipeline will transmit electrons and travel under Lake Champlain and the Hudson River. See photo [ Mwanner, Public Domain] of the Bear Mountain Bridge spanning the Hudson River under which the pipeline will be buried. Completion date is Spring 2026. 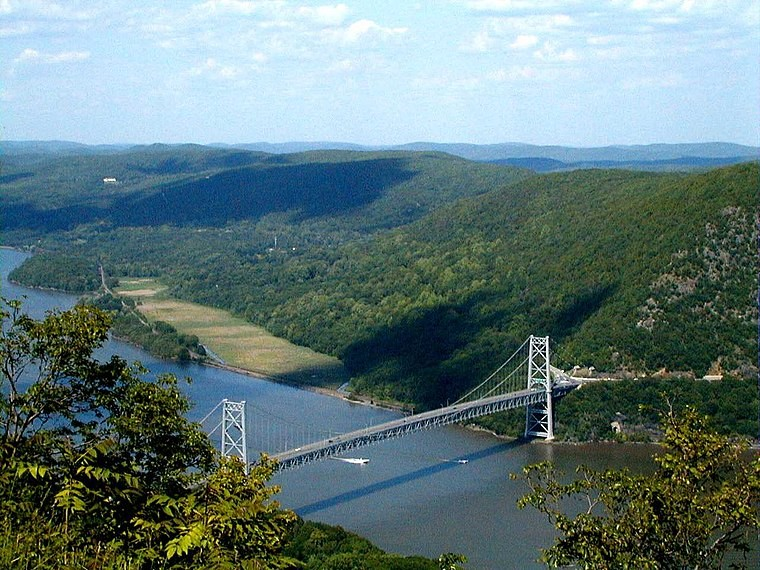 NYC currently gets about 85% of its electricity supply from oil and gas fired power plants. This is the first of two major projects “under the state’s first-of-its-kind renewable energy and transmission program”. [nawindpower.com Nov. 30,2022]. This is part of the state’s “goal of having 70% of its electricity powered by renewables by 2030”. [Press Republican 12/2/22].

See photo [Gian Ehrenzeller/Keystone/AP] of a ski slope in the Swiss Alps where only artificial snow is visible. “A ‘totally insane’ warm spell is upending winter around the world.” [The Washington Post, January 5, 2023]. It is the most extreme event ever seen in European climatology and at least 11 countries experienced their warmest January weather on record to date with some cities exceeding 75 degrees Fahrenheit. 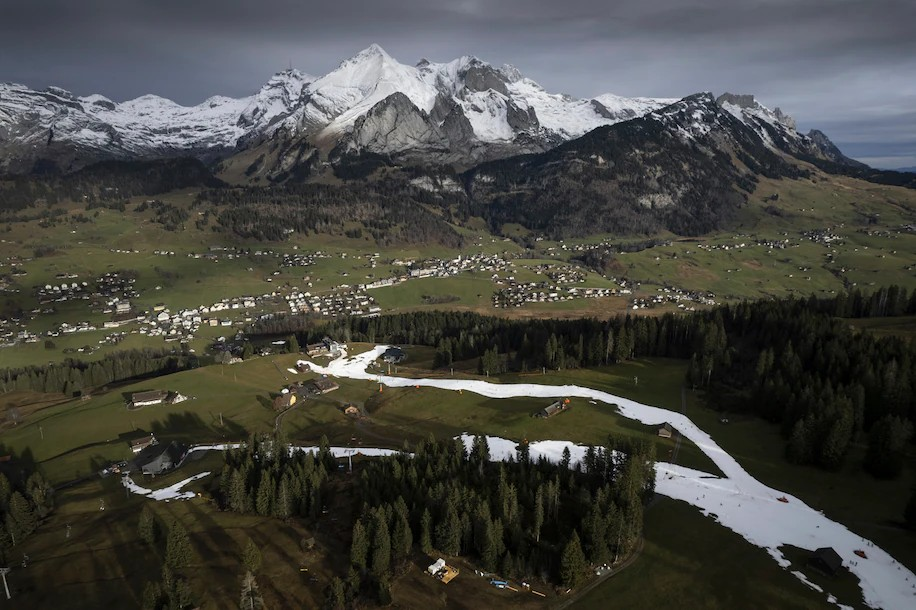 These extreme temperatures were preceded by the most severe drought in 500 years during the summer of 2022. See photo of the Loire River, a major river in France, which has virtually no water in it. 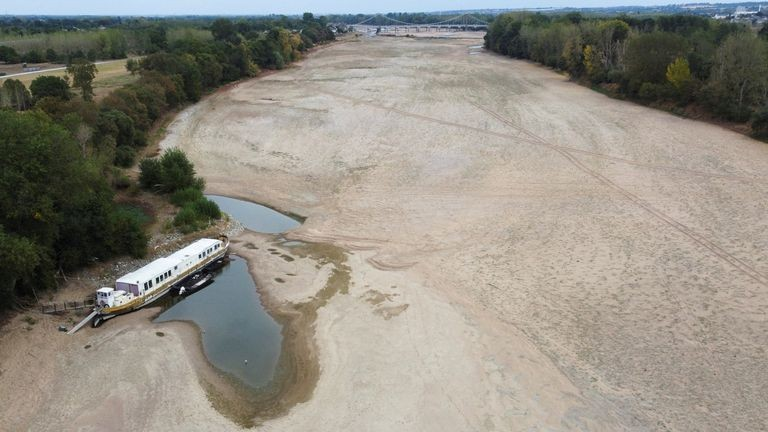