Menu
You are here: Articles2017 ICSUSA ARTICLESJune 2017 - Climate Science: Step Forward and Half Step Back

Climate Science: Step Forward and Half Step Back

Lemmings are cute little critters. These small, colorful rodents are found in the Arctic and when food is abundant, can be present in large numbers. When food is short and conditions bad, they move in large numbers and many die if they try and cross a large body of water or some other treacherous obstacle.

They also have an undeserved reputation for mass suicide by jumping off cliffs when migrating. It is a fanciful story created in the 1950’s by a short story and a number of films including “White Wilderness” by Disney in 1958.

Scientists have known for over 100 years that carbon dioxide [CO2] in the air traps outgoing heat in the atmosphere and warms the planet. One of the first temperature estimates of changing the amount of CO2 in the atmosphere was made in 1895 by the Swedish chemist Svante Arrhenius.

In 1989 the first layman’s book titled, ”The End of Nature,” by Bill McKibben, was published on this subject of a changing climate.

During his presidency, President H. W. Bush ultimately took a more active role in international efforts to study and address global warming, which led to the Earth Summit agreement in Rio de Janeiro signed by 154 countries.

Today, rather than join the 195 countries that signed the Paris Accords in 2015 to reduce CO2 emissions, the policy of the U.S. is to accelerate its consumption of fossil fuels, the source of most of the increased CO2 in the atmosphere.

This policy is condemning our planet, and ourselves, to increased temperatures with all of its attendant effects on extreme weather, species extinction and more. See Climate Central graph labeled “Global Temperature and Carbon Dioxide.”

The graph shows that with increased CO2 levels [now about 407 ppm] in the atmosphere, we can also expect increased global temperatures. One follows the other as science predicts.

The graph of CO2 levels over the past 400,000 years shows how far out of the ordinary we are today and where we may be headed. We are already in new territory climate wise, and heading further into the unknown. 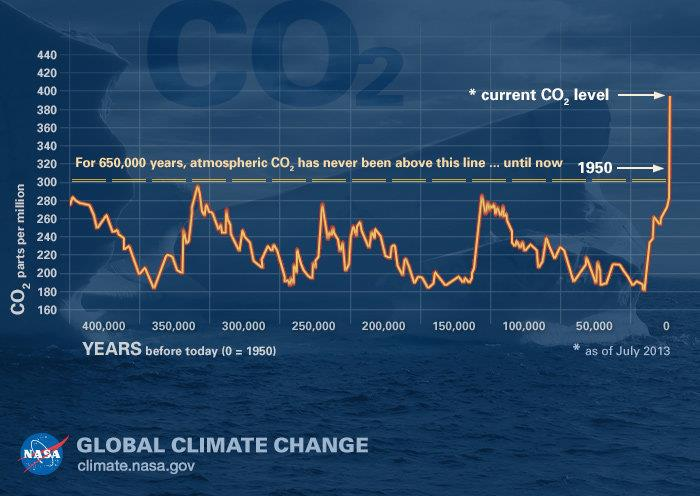 But market forces are also at work that may counter some of the negative policy changes being developed now in Washington D.C.

Let’s take another look at these market forces.

The Financial Times, International Edition, London, published an article by Pelita Clark on May 18, 2017 titled “The Big Green Bang: how renewable energy became unstoppable.” The author discusses “the disruptive impact of green energy on companies – and entire industries – around the world.” ... “the shift to clean power has begun to accelerate at a pace that has taken the most experienced experts by surprise. Even leaders in the oil and gas sector have been forced to confront an existential question: will the 21 st century be the last one for fossil fuels?”

Increasing numbers of large wind and solar installations are threatening the traditional utility companies and how they do business. Electric car sales are increasing [up 42% in 2016 over prior year though still a small number] and the price of storage batteries is decreasing which will bring more green growth.

All of these trends however are just that, trends. Oil, gas and coal still account for 86% of the global energy needs. Fossil fuel subsidies are twice that of renewables as of 2015, ~$315 billion vs. ~$145 billion per year but the gap may be shrinking.

No new coal power plants were built in 2016 and more solar energy was added than natural gas or wind. See photo [GreenCarReports 2017] of solar power field at Volkswagen plant in Chattanooga, Tennessee. 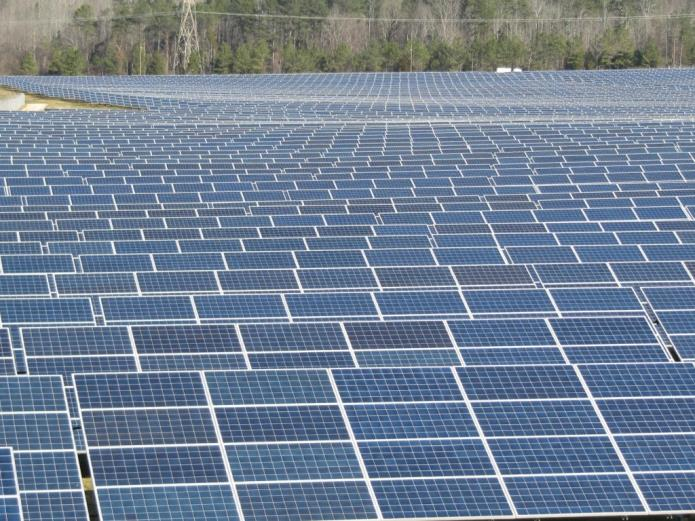 The heads of some of the world’s largest oil companies have spoken this year of a “global transformation” [Saudi Aramco], and that it is “unstoppable” [Royal Dutch Shell]. The CEO of the French power and gas group Engie, Isabelle Kocher, calls it a new “industrial revolution”.

Meanwhile an article in the Huffington Post on 5/22/17, “Climate Change May Force Millions of Americans To Move Inland,” suggests that every U.S. state could be affected by rising sea levels. See photo [Carlos Barria/Reuters] of flooded homes. It reminds one of the lemmings.