Menu
You are here: Articles2021 ICSUSA ARTICLESNovember 2021 - Artists See Climate Change in Paintings; They Do Not Need a Thermometer

Artists See Climate Change in Paintings; They Do Not Need a Thermometer

Her name is Catharine Robb Whyte. Born in 1906 in Concord, MA, and inspired by her mother’s artistic interests, she began her art education at the School of the Museum of Fine Arts, Boston, in 1925 [Wikipedia]. Following her marriage to Peter Whyte, she moved to his home area in Banff, Alberta, Canada, and began to paint the Rocky Mountains in the 1930’s. Her images made then do not look like
the same scenes today.
Approximately 100 years later, enter Caroline Hedin. As a film director, Caroline teamed up with three other female artists [see photo @victorianorth/Instagram, of the three artists, left to right; Kerry Langlois, Kayla Eykelboom, and Emily Beaudoin]. They followed in part, Catherine’s footsteps of almost 100 years earlier. 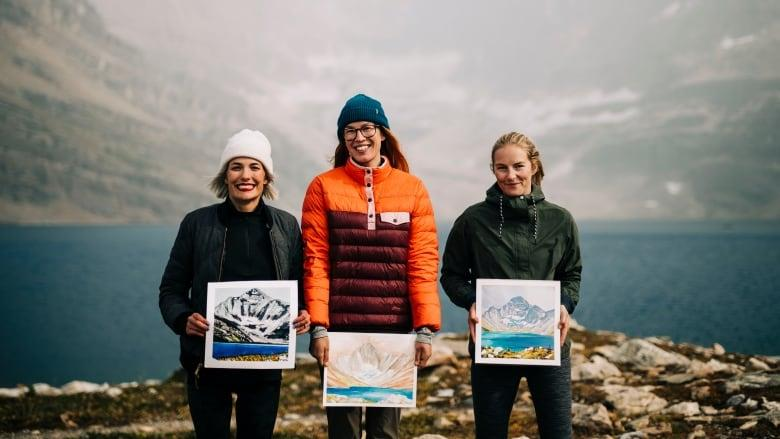 Visiting the same mountainous areas and painting/drawing the same scenes today, they showed changes in these same Canadian Rocky Mountain scenes. The glaciers, icefields and snow cover present in the earlier paintings from 1930’s were significantly reduced or absent today. The Rocky Mountains are changing.
“Climate change is so amorphic and hard to grasp for many of us,” said Ms. Hedin who directed and produced a film that looks at climate change through art, “Rockies Repeat”, on this collaborative effort. The film did not start out as a climate change project at all but the impact of climate change was so profound it became the center of their efforts. “What’s powerful about this is we’re able to combine art
and science and go back to places people really care about and are really inspired by.” These ‘old’ and ‘new’ paintings will be exhibited at the Whyte Museum of the Canadian Rockies by the Bow River, Alberta, starting in January 2022.

And in support of their work we have the World Glacier Monitoring Service. The data from satellites, aircraft and other sensors show most glaciers are shrinking or disappearing altogether. Of the approximately 198,000 glaciers globally almost all are in retreat. A few are stable and fewer still are growing, mostly in the Himalayas where changing weather patterns have brought more moist air to higher elevations which fell as snow.

The National Climate Data Center [NCDC.NOAA.GOV] recently published the ‘year-to-date’ temperature data for the United States. See the map of the U.S. titled “Mean Temperature Departures from Average, January – August 2021.” The map shows in the darker colors the much higher than average temperatures on the West coast and the northern portions of the country. It was the 13 th warmest period in the 140 year climate record. Small portions of the lower Midwest and central Texas were slightly cooler than the long term average.
And then locally, the weather station on Mt. Mansfield [4,393 feet] in Vermont did not experience a freeze until well after the previous record of October 6, 2011. 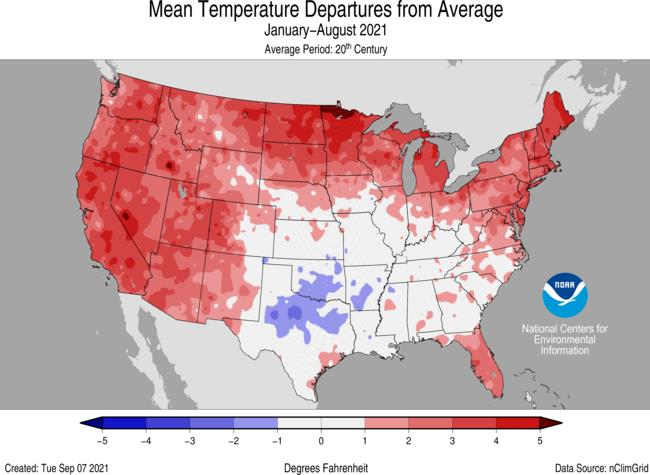 To address our warming planet and try to avoid the worst of extreme weather events, and more, the United Nations has scheduled a climate meeting called COP26 in Glasgow, Scotland. COP means Conference of Parties and some 190 plus countries will attend this 26 th meeting from October 31-November 12, 2021. In addition to discussing how, and how fast, we must reduce carbon dioxide [CO2] emissions and move to renewables, they will address climate justice and possible payments to the global south. The intent is to help ameliorate the climate changes happening there as a result of the huge amount of greenhouse emissions from the global north [U.S., China, Europe, etc].

In addition, in recent Youth4Climate protests and marches in Geneva, Sweden, Germany and other countries all over the world the refrain is the same: we the youth of today will have to deal with the consequences of what you elders are doing to the climate today. “Stop talking and take action.”

Jenny Holzer is another artist who addresses climate change in some of her work. Well known for her series of light projection installations all over the world a new one opened just in time in London. It is at the Tate Modern and is titled “Hurt Earth.” It is a lightshow exhibit where words and phrases are projected onto a building surface in a rotating basis. It includes phrases from the Jewish scholar Hillel the Elder, “If Not Now, Then When.” And then from the Swedish activist, Greta Thunberg, “If we chooseto act together, there are no limits to what we can accomplish.” And another from the American author Robin Wall Kimmerer who wrote “Braiding Sweetgrass,” “Even a wounded world holds us, giving us moments of wonder and joy…”
See photo across the Thames River of the Tower at the Tate Modern Museum in London with the Millennial Bridge to the left. Projected onto the Tower are those phrases above and more than 35 more. They are not legible in this photo. This exhibit will run during the COP26 conference. 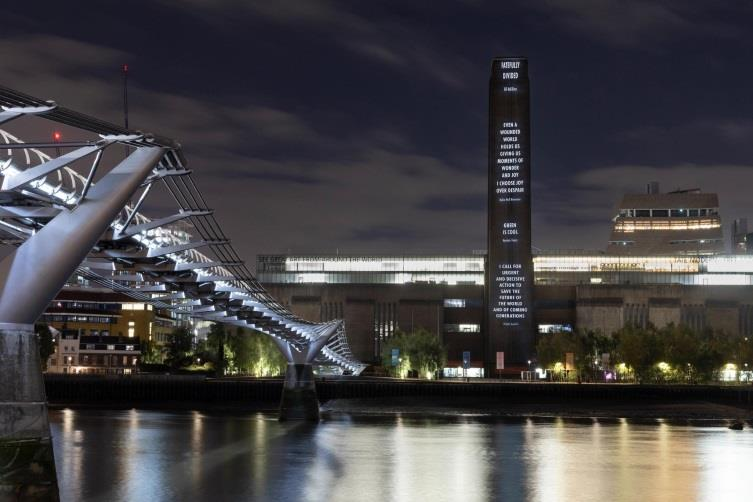 And now let’s look at the world’s largest container ship at that time, May 2020, the HMM Algeciras. It could carry 24,000 shipping containers [photo: Pieter De Jonge/AFP/Ritzau Scanpix]. This is just one of many huge container ships being built to carry all of the items the world buys from factories in Asia to North America, Europe and elsewhere. All of the manufacturing for these hundreds of thousands of items, and then their shipment to ports, and the thousands of trucks used to move them, have an enormous environmental cost and carbon footprint. 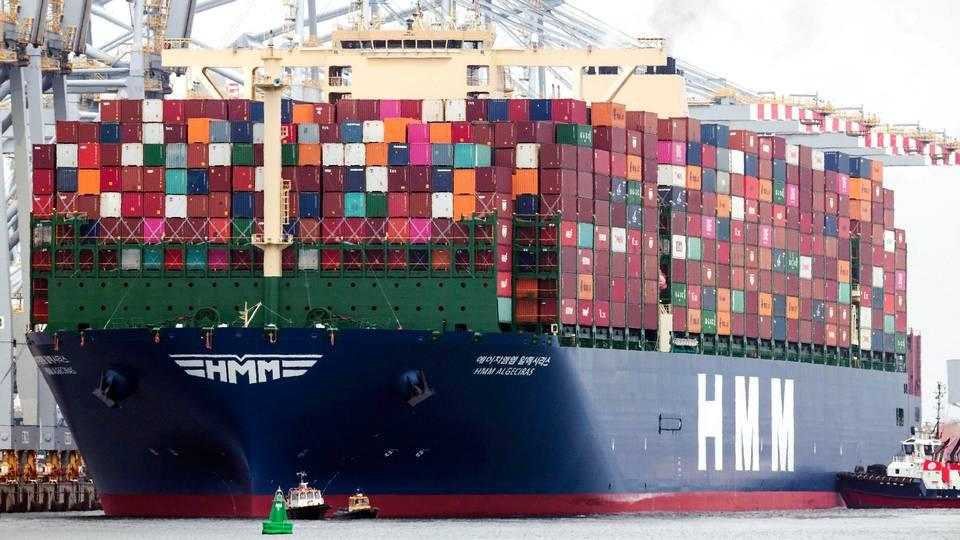 The problem is us.