It is called the First Law of Holes: “if you find yourself in a hole stop digging,” meaning, that “if in an untenable position, it is best to stop carrying on and exacerbating the situation” [Wikipedia]. California Department of Parks attributes this quote to the “old cowboy” Will Rogers who was born in 1879. So, how does this apply to Climate Change?

The photo here [pcgladiator.blogspot.com/2008] of the Hambach lignite coal mine in Germany is one of the largest open pit mines in the world. In order to get at the lignite coal deep underground, some 600 feet of sand and overburden have to be removed and set aside before the coal can be extracted and burned. This mine is still active and getting bigger every day. The mine area is over 100 square miles and contains an estimated 2.4 billion tons of coal. 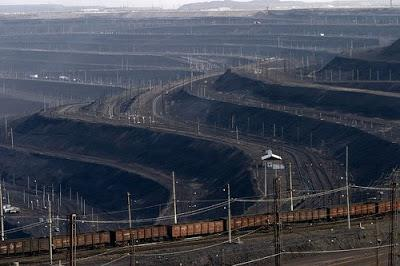 What we must understand is that all of this carbon being excavated is a brown or black solid material.  When burned it produces energy and in the process the solid coal will be transformed into a gas, carbon dioxide. All of this gas is then emitted into the atmosphere. And, since we have added oxygen to the carbon in the coal the actual weight of this greenhouse gas [GHG] emitted into the atmosphere is about 3.7 times the original weight of the coal.

And this gas is clear, odorless and our senses cannot detect it.

We are changing the composition of the atmosphere of Earth in two respects.

First, ice cores up to two miles long have been extracted from the Greenland and the Antarctic ice sheets and they both tell the same story. Through analysis of the air bubbles trapped in the ice, when the snow fell tens and hundreds of thousands of years ago, the levels of CO2 today [about 410 ppm] are far in excess of anything seen in the last 800,000 years.

Also, we have less oxygen in the atmosphere today than we did in the recent past. Scientists have carefully measured and confirmed that as we burn carbon, the oxygen required to form the CO2 is reducing the amount of oxygen in the air. Therefore, the air we breathe today is different from the airwe breathed in our childhood [See graph “Scripts Pier O2 Concentration,” years 1990 thru 2016]. This research is part of a Scripts Institution of Oceanography project measuring global oxygen concentrations. Note the downward jigsaw pattern of the reduced oxygen concentration in the atmosphere.

So it seems we should be taking Will Rogers quote seriously; we should “stop digging.”

The primary reason is that we, the citizens on this planet, and the planet itself, have a carbon budget. Just as with our check books and credit cards there is a limit to how much we can spend. The Earth’s carbon budget is how much carbon can we burn and still keep temperature increases below 2 degrees centigrade [3.6 ºF]. Data says we should keep temperature increases below this amount to avoid the worst effects of climate change and the extreme weather events, rising sea levels, droughts and other impacts that will result. 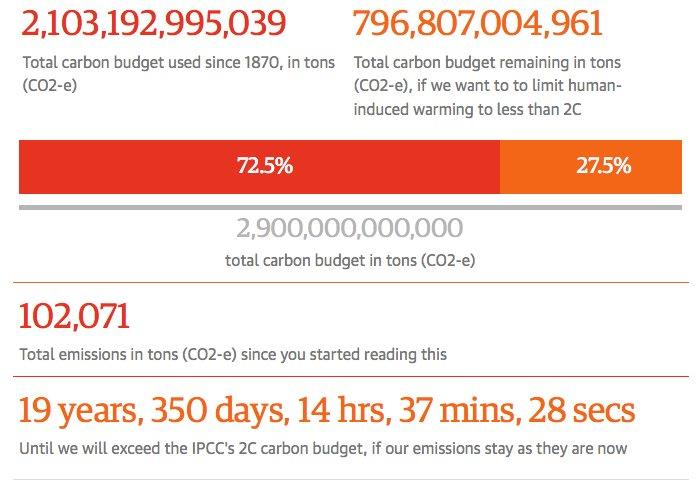 At our current rate of consumption we will exceed our carbon budget in less than 20 years.

Here is some good news however.

The bar chart labeled “Figure ES-1:” shows the amount of GHG’s emitted by the U.S. lt peaked in 2007 and is slowly decreasing. It is going in the right direction but we have our work cut out for us. 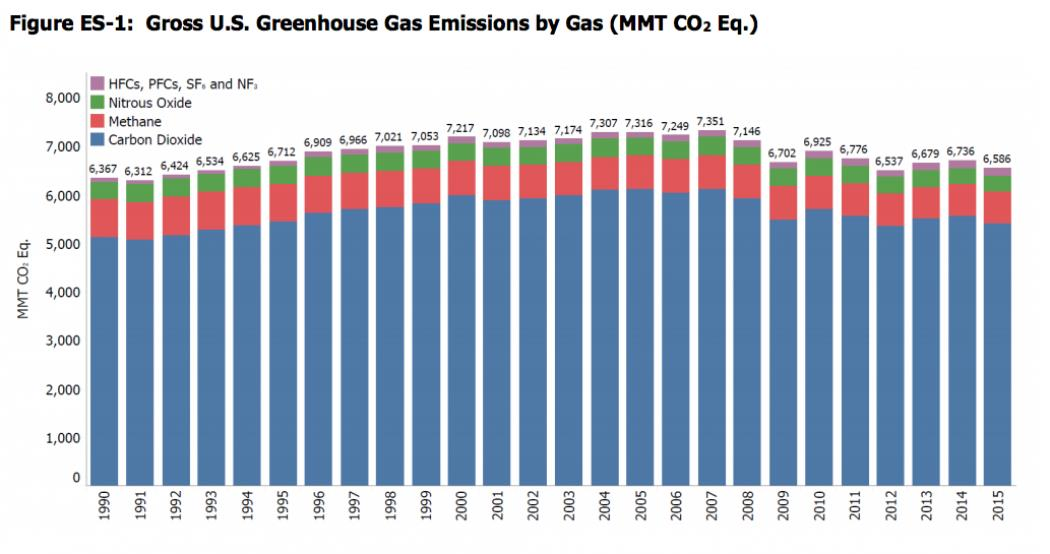 Ah, youth. They have the right idea [see photo]. 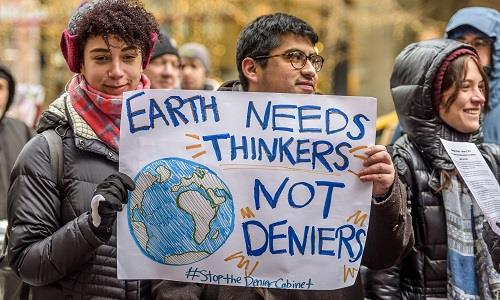