Winston Churchill, the wartime Prime Minister and leader of England during World War II, led the country and much of the free world with his determination and eloquence, during those difficult times. It is hard for us, today, to imagine or understand how serious the Nazi threat was to democracy and our way of life. All of Europe was conquered by Hitler’s armies and England lost most of its military hardware at Dunkirk. About a quarter million soldiers were retrieved from the beaches to carry on the fight in the following years.

In those dark days of May 1940 he said to his people; “I have nothing to offer but blood, toil, tears and sweat”... “Victory at all costs, victory in spite of all terror, victory however long and hard the road may be; for without victory there is no survival.” And later in 1942 after a successful campaign in Egypt, he said, “This is not the end. It is not even the beginning of the end. But it is, perhaps, the end of the beginning.”

Arguably, our planetary civilization is facing its most serious threat since then considerin climate change and all of its implications: rising sea levels, population displacements, extreme weather, global temperature increases and more. But where are todays’ leaders, and the eloquence, to lead us through this issue?

In the U.S., denial of climate science is the policy of the day.

So, Nature is taking the lead and speaking loud and clear. See photo of the ‘Lone Star Tick’. It has a white spot on its back and its range has been increasing steadily in the continental U.S. It causes severe allergic reactions in some individuals who eat red meat! It has now reached New England and is found as far north as Maine. See map.

This tick is different from the “Black Legged Tick” which is so common to the North Country now, and is the carrier of Lyme disease, babesiosis and other diseases causing serious illnesses to many. Ticks thrive in warm, humid regions previously too cold for them. Forest fragmentation and other factors appear to be also responsible for their spread. 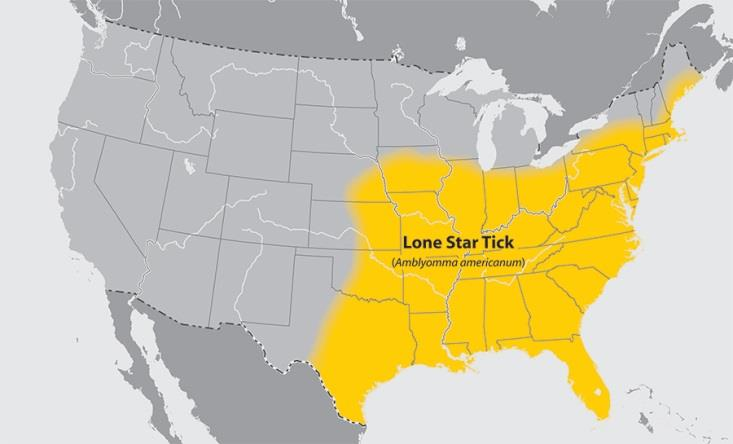 On May 27, 2018, Nature spoke loudly again. This time it was in Maryland. In a few hours a weather system dumped an enormous amount of rain [up to 20 inches] in the Patapsco River region causing massive floods. The videos on-line are jaw-dropping and it was called a 1,000 year flood; that is statistically, a flood that can be expected every 1,000 years. The only problem was that in July 2017, that area also had another 1,000 year flood.

The Patapsco River discharge rate, or water flow, in cubic feet per second [cfps] can be seen in the log graph “Discharge ...” It shows a water discharge of about 120 cfps just after noon, on May27. But by the evening of May 27 it had reached over 25,000 cfps. Note the almost vertical line occurring later on May 27, 2018. Astonishing! 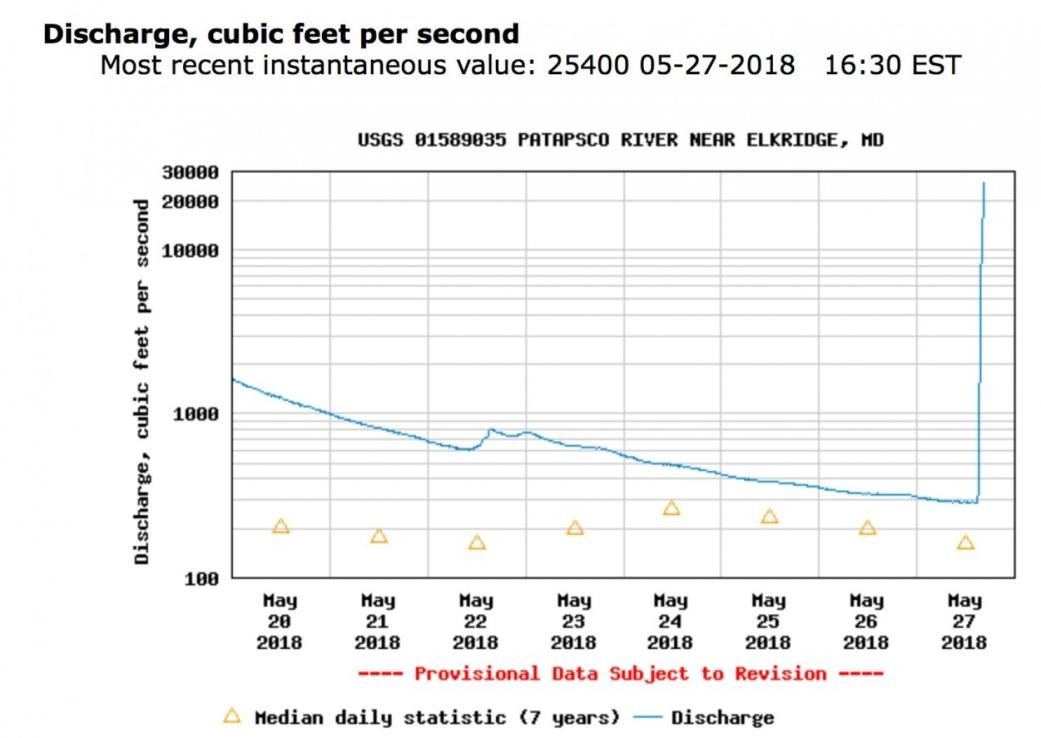 The examples above illustrate the spread of disease carrying ticks and also intense rainfall events causing extreme flooding, both linked to climate warming.

Recent data published on 30 May 2018 [www.realclimate.org] show that the strength of tropical cyclones have also increased.

The global map here illustrates the seven major storm regions on Earth and is titled, “The strongest tropical cyclones ... (since 1979).” Five of those seven regions had storms in the last five years that are the strongest on record with winds up to 170 mph. 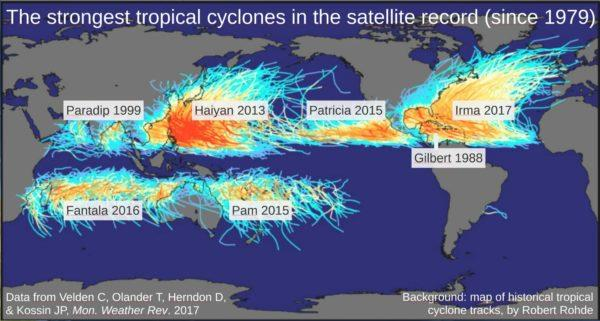 If we listen, we can hear Nature talking.

In a bizarre twist, on April 28 California had a record peak of renewable power generation from solar and wind that met 72.7% of CA’s electrical needs but its carbon dioxide emissions also recently increased. Why? How can this be?

It turns out that the forecast is for continued drought in CA, and the water authorities are holding back dam releases and the renewable energy it would normally provide. So it had to turn to fossil fuel burning plants to make up the difference. So here we have the threat of drought, induced by climate change, taking us in the wrong direction emissions wise.

In these unusual times, it is interesting to read this quote from George Orwell, the author of “1984”. 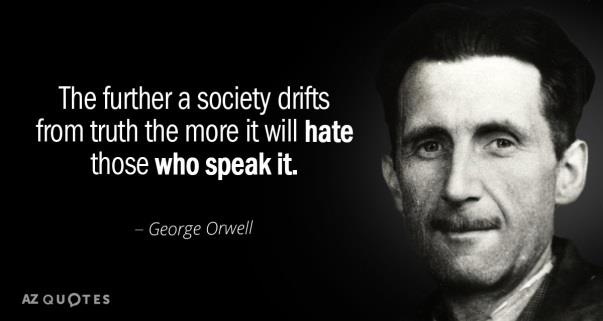