And the plot thickens. In the July 3 Climate Science article four “characters” in this Global Climate story were introduced: these included 1.carbon dioxide, [the sharply rising levels of this greenhouse gas {GHG}], 2. loss of Arctic Ocean sea ice cover, 3. thawing permafrost [and resulting release of the powerful GHG methane], and 4. wildfires in Canada [from increased air temperatures and drought helped by el Nino]. [See: www.icsusa.org for July 3 article].

Incidentally that recent wildfire in Fort McMurray, Alberta in June was the most expensive natural disaster in Canadian history!

The fifth new “character” in this tale is located on the Island of Greenland. It is the huge ice-sheet that covers 650,000 square miles of this large island and is up to two miles thick. It holds an enormous amount of frozen water and should it all melt, sea level rise would be in excess of 20 feet.

And it is melting.

See NSIDC graph labeled “Greenland Melt Extent 2016” with data through 14 July 2016. About five major spikes for 2016 show melting surges outside that normally expected. Indeed, on June 9 th , Nuuk, the capital, reached 74 degrees Fahrenheit. It was the warmest day ever recorded for June anywhere on the whole island. 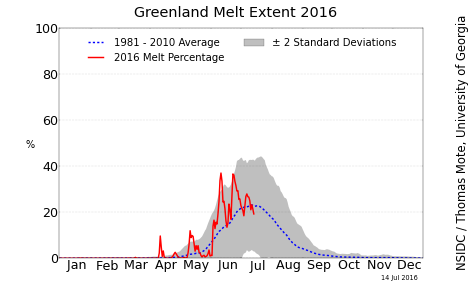 This graph shows ice melt that starts in April, reaches a maximum in July, and then steadily decreases until all melting stops in November. The dotted line is the 30 year average shown. 2016 shows that through middle July, melting has been above this long term average most of the time.

Melting of an ice sheet takes place at the margins, where it meets warmer sea water, and calves icebergs, and on its top surface from direct exposure to 24 hours of daylight. Many scientists arestudying how much melting is occurring, its rate of change and what the impact on weather and rising sea levels will be. As a matter of fact several teams of research scientists are on the ice cap now, sleeping in tents and trying to understand ice sheet dynamics using a variety of tools and techniques. See photo [Ed Ostwald] of surface ice melt. 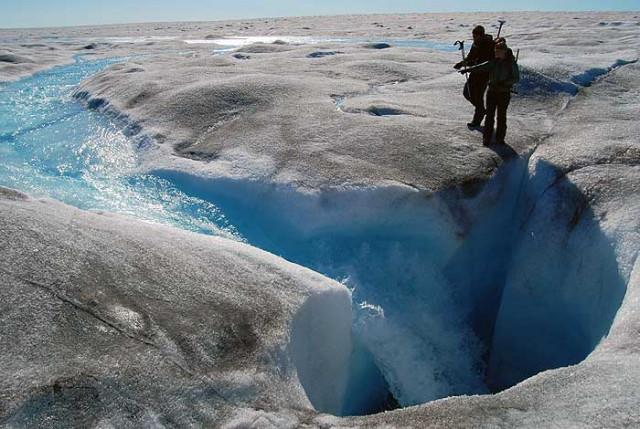 Another obvious and important “character,” number six in this climate story, is temperature. The NOAA map of the U.S., from the National Center for Environmental Information for June, is a case in point. The data show that June 2016 was the “Record Warmest” for any June in the 122 year weather record. 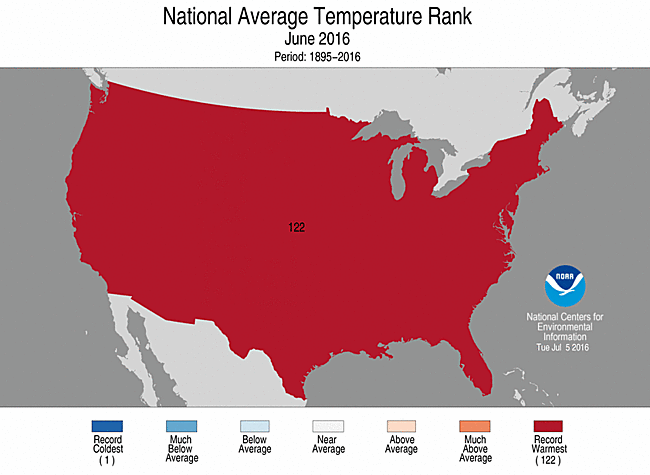 In addition, the temperatures for the first six months of 2016 are on a pace for the warmest year ever. Clearly, something is going on with our long term weather; scientists call this climate change. Eric Rignot, a climatologist and professor at University of California, said in his recent article, “Ice”, in the New York Times magazine, “We are teasing a giant here.”

That is not a good idea.

This seventh “character” to the climate story is “coal.” We know that coal is the fossilized remains of vegetation laid down over tens of millions years back in the early stages of Earth’s history. With well over 1,000 coal burning electricity generating plants in the U.S., it has produced a lot of the electrical energy needed to light our homes and run our economy.

See bar chart titled, “US Electricity from Coal.” It shows the % electricity generated by coal from 1974 through 2015. At peak, in 1988, we obtained about 55% of our total electricity from the combustion of coal.

How that has changed! 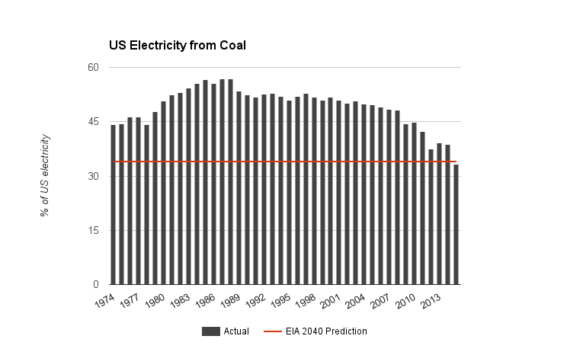 From that maximum, today we see that coal generates only about 34% of the nation’s electricity. Our economy is also much larger today but coal has become a smaller part of our energy mix.

This is a fortunate occurrence in reducing our carbon dioxide emissions and a number of factors have brought this about. First is that renewables [wind and solar], and natural gas, can compete pricewise with coal in many markets. Another is the recognition that coal is not “clean” and has many negative human and environmental impacts.

We’ll wade into more complexity and characters next time. 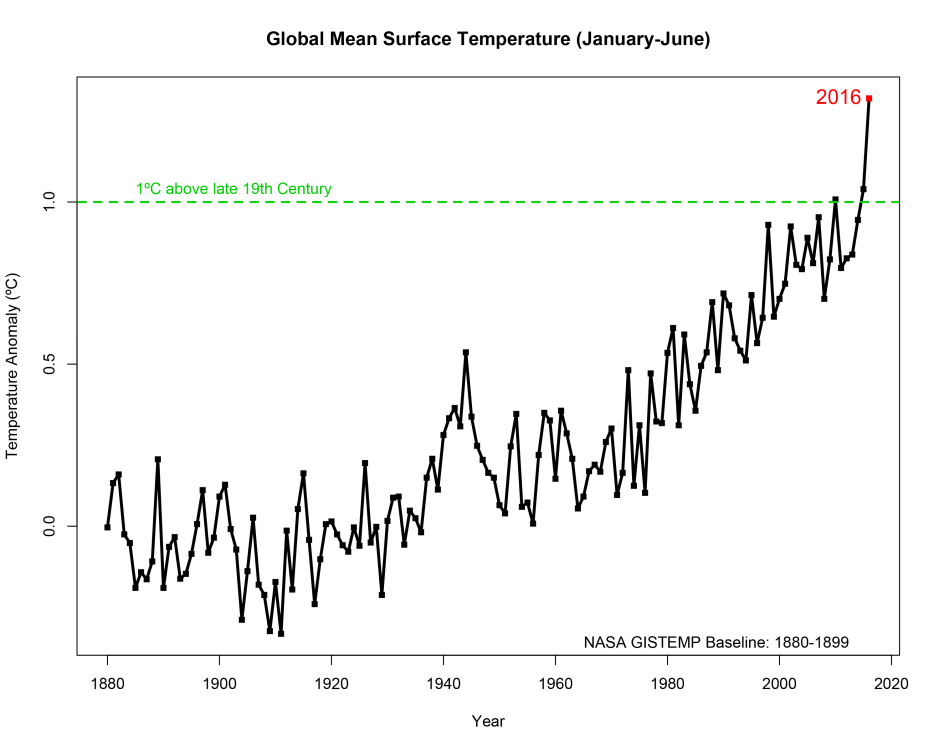