Menu
You are here: Articles2013 ICSUSA ARTICLESOctober 2013 - Heat Transport to the Arctic and Corresponding Changes in Climate and Ecology

Put a cold spoon in a hot cup of coffee and what happens? The handle of the spoon gets warm. The same holds true for soups, and indeed, any warm substance including air, will slowly impart its heat to a cooler one. Heat energy always moves from a warm place to a cool place.

The earth behaves in the same way. The equator and the latitudes immediately above and below it do exactly the same thing. See the diagrams labeled “a” and “b” of the earth’s surface that illustrate this.  Since most of the Sun’s energy comes into this tropical region, a process was found that distributes this energy. The name given to the first part of the process is called the Hadley Cell. Air currents then transfer this heat to the Ferrel Cell and then on to the Polar Cell. 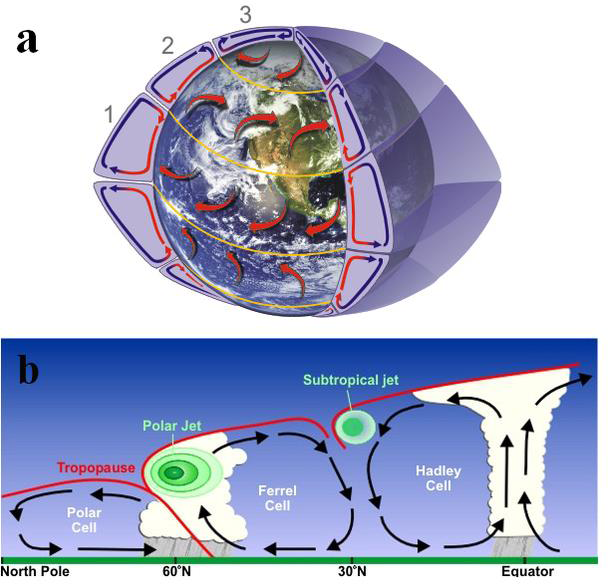 The two diagrams show how the warm air above the tropic region is moved towards the Poles. The “a” illustration is three dimensional and shows the “cells of air” that encircle the globe. The “b” illustration is a side view of three cells of air that carry heat northward from the equator. 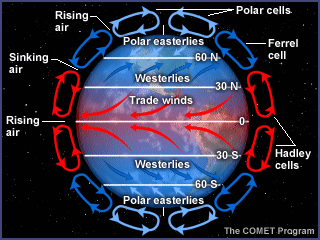 Another diagram of the globe further illustrates this and names all 6 of these “air cells.” Three of them encircle the globe below the equator and three north of the equator. This image also shows the Trade winds from 0- 30 degrees latitude that carried European explorers to the Americas, and the Westerlies above 30 degrees that brought them back to Europe.

The significance here is that the normal incoming solar energy together with the extra energy in the atmosphere, that is a result of additional greenhouse gases [GHGs], is being spread to all areas of the globe. The effects are particularly strong in the North Polar Regions and the impacts here have been profound. 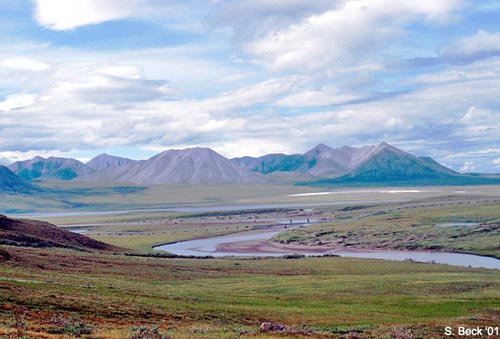 The photo here by Sarah Beck [Marietta College] illustrates the tundra in the high Arctic. The Alaskan pipeline can be seen in the distance. There are virtually no trees, few low growing shrubs, and mostly lichens, mosses, grasses and beautiful wildflowers. Not much photosynthetic activity takes place here that would remove significant amounts of GHGs from the atmosphere.

But this is changing. As the climate warms the tundra many places in the high Arctic are now giving way to shrubs and trees as seen in the photo from northern “Norway’s Arctic Finmark”. There are many implications in this ongoing process. 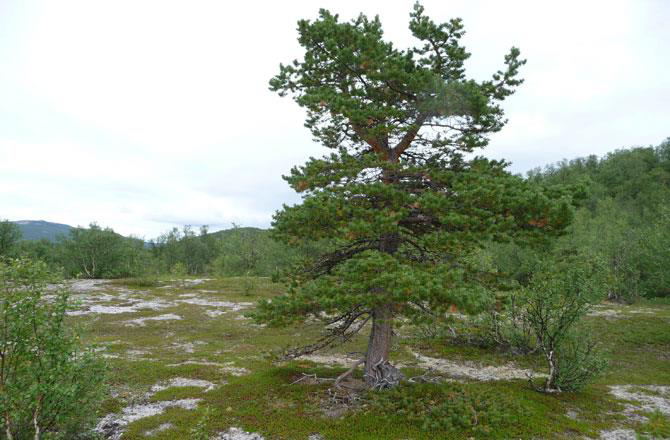 On the one hand, there will be more photosynthetic activity with trees and shrubs present which will lead to removal of CO2 from the atmosphere. On the other, there are data showing that the permafrost is beginning to melt with the potential release of enormous amounts of GHG’s that will further contribute to global climate change. Many scientists and climatologists are in the field now to try and to understand what is happening, how fast, and what the impacts may be.

But this is not all. Another impact of the heat pump carrying energy north is the melting of ice and snow: glaciers, ice sheets and sea ice. The two photos here are of the Muir Glacier in Alaska taken 63 years apart. The modern photographer found the exact location from which the first photo was taken in order to make this startling comparison.

These changes in glacial extent and glacial volume, however, have definite well measured consequences: the increased melt water contributes to sea level rise. This rise has been closely monitored by satellites for about three decades. The current ocean level rise on an annual basis is about 3 millimeters, or the thickness of three dimes held together. More of concern is the fact that the rate of
this rise has increased in the past few decades.

Interestingly, this increased ice melt in the Arctic regions has provided some cultural revelations. An artifact was recently found and is now in the Museum of Cultural History in Oslo, Norway. It is a wool sweater, lost by an Inuit/Lapp hunter about 1,700 years ago, and preserved in perfect condition in the ice since then.