Menu
You are here: Articles2018 ICSUSA ARTICLESDecember 2018 - Tapas, Tapas and More Tapas; Some Actions, Good and Not so Good, Impacting Climate Change

Tapas, Tapas and More Tapas; Some Actions, Good and Not so Good, Impacting Climate Change

Having a tapas meal at a Spanish restaurant can be a very pleasant experience. One orders many different dishes containing small quantities of very well prepared foods, the sum total of which is usually better than its parts.

This is somewhat like climate change, and climate science, and efforts being made to reduce greenhouse gas [GHG] emissions. There are hundreds of activities ongoing, some positive and some not, but in this case the total may not be better than the sum of the parts.

Increasing CO2 [carbon dioxide] emissions, the fracking revolution, electric vehicles, the dropping costs of solar and wind turbine energy generation, and activities by businesses, cities, some states, and countries all contribute to a very dynamic situation. According to Tony Seba at Stanford, we are at an early stage of the “Clean Disruption”. He predicts [Google: Tony Seba, one hour talk] that by 2030 this energy transformation will be mostly complete. How this will actually turn out, and the impact on emissions is not clear, but we should hope that his analysis is correct.

For many years the “Sunshine State,” with all of its free sunshine and energy, was a half-filled promise. Yes the sun was great but getting the energy part was not so easy. The utilities and status quo interests passed onerous regulations making it difficult, for anyone, on or off the grid, to harness the power of the sun for energy purposes. Indeed, “FL utilities say solar doesn’t work in the Sunshine State” [www.tampabay.com/news 1/30/15].

That is, until the people voted down Amendment 1 in 2016 that would have discouraged use of solar energy power. The results since have been dramatic.

Until 2015 there was virtually no solar electric generation in Florida. Following the peoples vote, in 2016 through 2018, the megawatts of solar power, see axis at left side of bar chart, has mushroomed. Theforecast going forward looks very promising. The more renewable energy generation the less fossil fuels will be consumed which is where we need to go.

And Florida is being impacted by climate change today: i.e. rising sea levels along it long coastline, especially the Miami area, and warming gulf waters that strengthen hurricanes like Hurricane Michael in October 2018. It went from a Category 1 to a 4 in one day and caused in excess $30 billion in damages and 43 deaths. It was the strongest hurricane, ever, to hit the Florida panhandle.

There are encouraging signs too in the recent election in November 2018 that some newly elected members of the House of Representatives are taking the threat of climate change seriously. 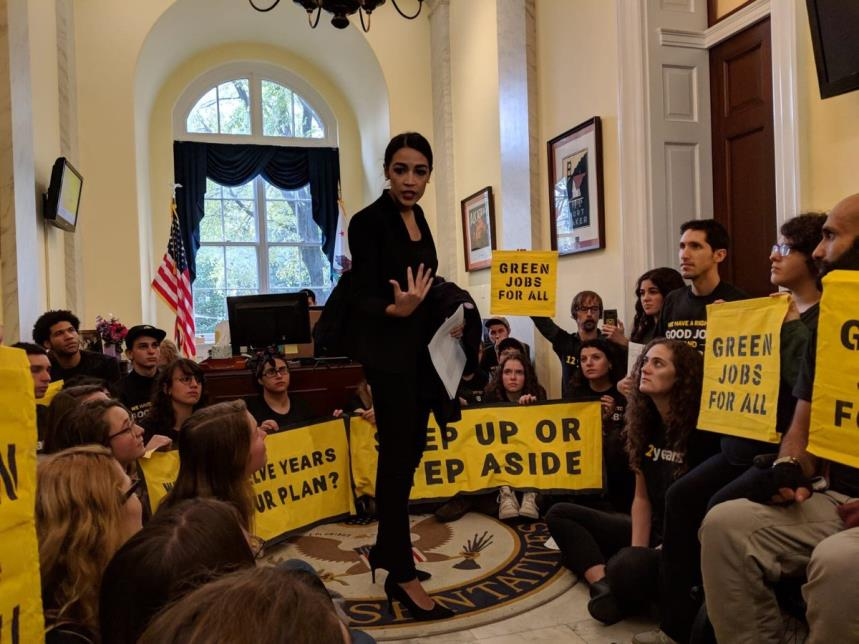 The photo [www.washingtonpost.com/news] shows a room full of young activists in the office of Minority Leader Nancy Pelosi asking that she “take the threat of climate change as seriously as they do.”

They were joined by Rep.-elect Alexandria Ocasio-Cortez [D-N.Y.] standing in their midst and supporting their stand. At 29, she is the youngest elected member of the House ever and is a new face in the party’s progressive wing.

It is impossible to ignore the wildfires in California. The stage was set after a wet spring that encouraged vegetation growth followed by over 200 days of virtually no rain. The heat sucked the moisture out of the air, vegetation, and ground. With over 80 dead and hundreds still missing, it may be the deadliest fire in American history.

Some fourteen thousand homes and businesses [yes 14,000] were incinerated. See the chart “Hotter Years, More Fires” from Climate Central that demonstrate increasing temperatures lead to more large fires which can be tied to climate change. 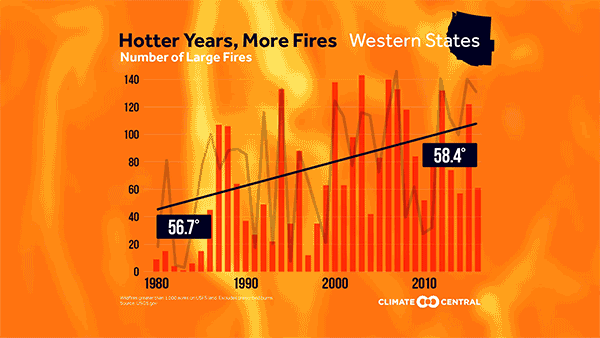 Here is another big number to consider. In 2017, climate and weather disasters cost the U.S. a record $307 billion dollars in 17 different billion dollar or greater events. See NOAA map of U.S. with details. 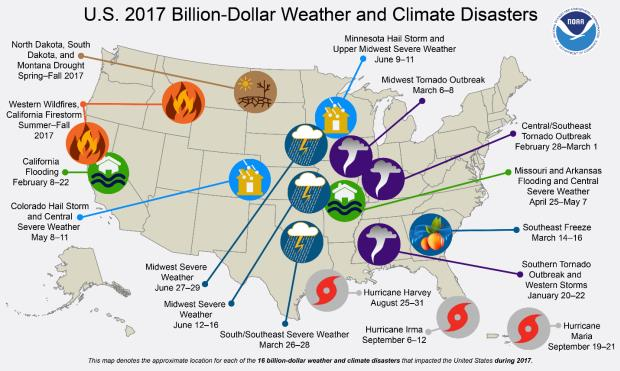 Finally, as part of the mix of information, the Environmental Protection Agency [EPA] has removed Climate Change information from the EPA.gov website. Earlier this year the administration took down the website and indicated they are “updating” it. Now, according to the Environmental Data & Governance Initiative, November 2018, the site is not there at all, and most climate data one can find are from 2015 or earlier. See current “EPA” web page. 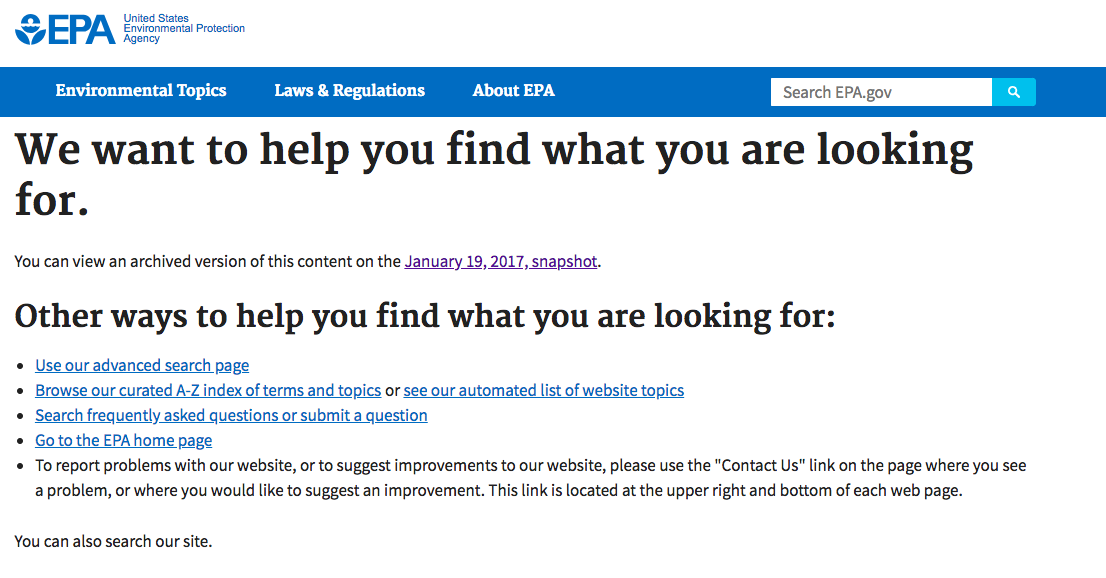