Menu
You are here: Articles2018 ICSUSA ARTICLESJuly 2018 - Climate Science and Smorgasbord Have a Lot in Common

Climate Science and Smorgasbord Have a Lot in Common

The origin of the term “Smorgasbord” is apparently from Sweden but has come to wide use in many parts of the world. It refers to a food offering where many different dishes, both hot and cold, and are available where one can choose a variety of different food preparations.

With this in mind there are many “different dishes” of information on climate change and climate science that we can briefly discuss, which illustrate how broad a topic this really is. Topics ranging from “Finance” to “Temperature Charts” to “Coastal Flooding” to “Artists” who express in their work the changing climate, reflect in part the diversity of this topic.

Norway is an interesting case in point. Since 1969 they have successfully drilled and extracted large quantities of oil and natural gas in the North Sea. The company Statoil, is 67% owned by the Norwegian government [the people], and its’ share of the profits are placed in a sovereign wealth fund for the long term benefit of the Norwegian people. It is the largest such fund in the world and has almost a trillion dollars invested in over 9,000 companies around the world. Wow.

They know they have a finite amount of fossil fuels to be extracted. They also know that the world, or most of it, is moving to renewables, and rapidly. Thus, they have taken the step to divest from oil and gas companies, as they see this as a poor investment going forward. And this is a fund whose wealth largely comes from oil and gas!

According to Bloomberg [see graph “Norway Fund Wants Out Of Oil & Gas”] only about 6% of its assets are in fossil fuel stocks.

Norway’s action reflects the view that these fossil fuels will become “stranded assets” and lose value as most nations move towards renewables.On the weather and climate front let’s look at the “Global Surface Temperature ...” graph released by Columbia University on June 18, 2018. The weather data for May 2018 indicates it was the fourth warmest May in the 140 year record; only the years 2016, 2017, 2014, in decreasing order, had warmer Mays. 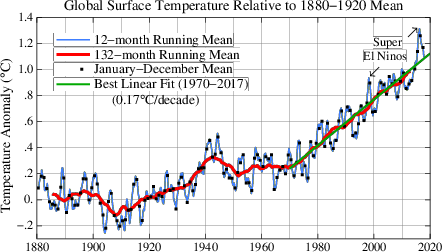 To smooth out weather month-to-month variation and obtain the long term climate data information the 12-month and 132-month running means are shown. The upward temperature trend is clear. 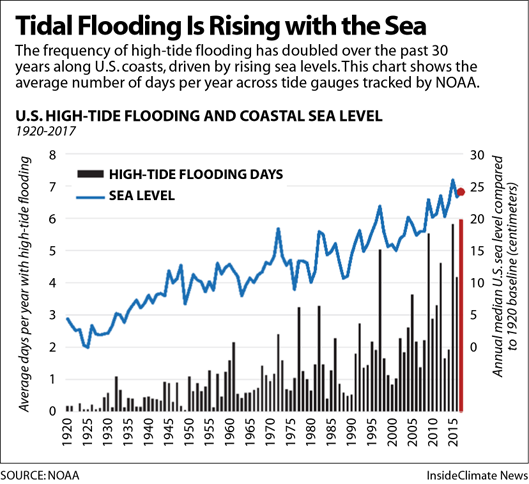 Artists have been very busy too. “The Solar Panel Art Series, powered by The Beam Magazine brought the first 18 pieces of solar art to auction” in June 2018. [cleantechnica.com/2018/06/14/solar-panel-artwork]. The project involves giving used solar panels to artists to make unique art works. It is “an international initiative to promote art as a tool for change.”

Three examples, all on used solar panels, are shown here. The first needs no explanation, we have our one and only home, Earth; the third suggests perhaps, a frog leaping out of hot water as the planet slowly warms. The middle panel can be interpreted in different ways and that is for you to decide. 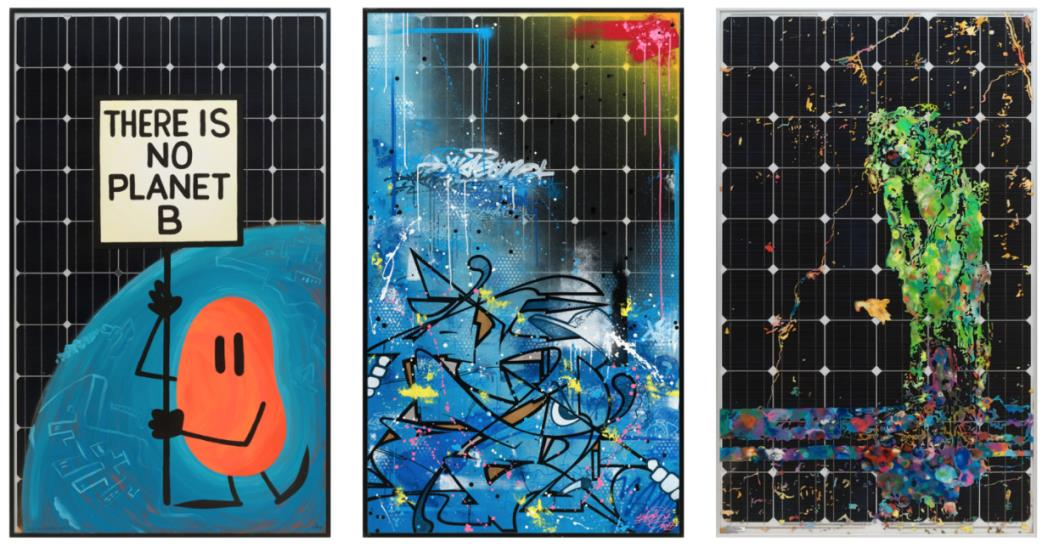 And here are a few more smorgasbord dishes to share:

*More than 5,000 schools in the U.S. now have solar panel installations.

*The City of London UK, plans to get 100% of the energy needed for its central square mile, from renewable sources by the end of 2018 according to its governing body.
*628 coal-burning units at power plants in 43 states have closed, or are scheduled to close, since 2010 [New York Times June 3, 2018].