Menu
You are here: Articles2021 ICSUSA ARTICLESDecember 2021 - Oceans: Our Buddy for Ameliorating Climate Change; But There Are Limits

Oceans: Our Buddy for Ameliorating Climate Change; But There Are Limits

TGFTO. An internet search does give a few hits for this acronym but most involve astrology and or obscure references to ancient languages. But, in its use here it means, “thank goodness for the oceans.”

Before we dive into that let us take a look at where the primary greenhouse gas [GHG], carbon dioxide, comes from. The pie chart titled “Greenhouse Gas Sources,” curtesy of CLIMATE CENTRAL, illustrates this. According to the Environmental Protection Agency [EPA] these GHG emission sources can be broken down into five categories.

The two largest sources are from Transportation [29%] and Electricity [28%] where a lot of technological changes and investments are happening.

This major GHG, carbon dioxide, is produced in enormous quantities, mostly from the combustion of fossil fuels, and globally we emit about 40 billion tons of it per year. Fortunately for us it is soluble in water, up to a certain extent, and so the amount that remains in the atmosphere is a lot less than it might be otherwise.

So Project Drawdown comes into the picture now with another pie chart titled, “Fate of Carbon Dioxide Emissions” with data from GlobalCarbonProject.org. Here we see that only about one-half of the CO2 emissions stay in the atmosphere [45%], with about one-quarter [23%] dissolving into the ocean. The rest of this GHG is absorbed into land based sinks [trees, shrubs, soil etc].

Therefore this portion of CO2 dissolving into the oceans is an important process for reducing the amount in the atmosphere which is where the associated warming occurs.

Another illustration here shows that when the CO2 dissolves in water [the ocean], carbonic acid is produced, H2CO3. So although this process removes some of the CO2 in the atmosphere it produces an acid which has an adverse impact on many sea creatures and is causing the oceans to become acidic. 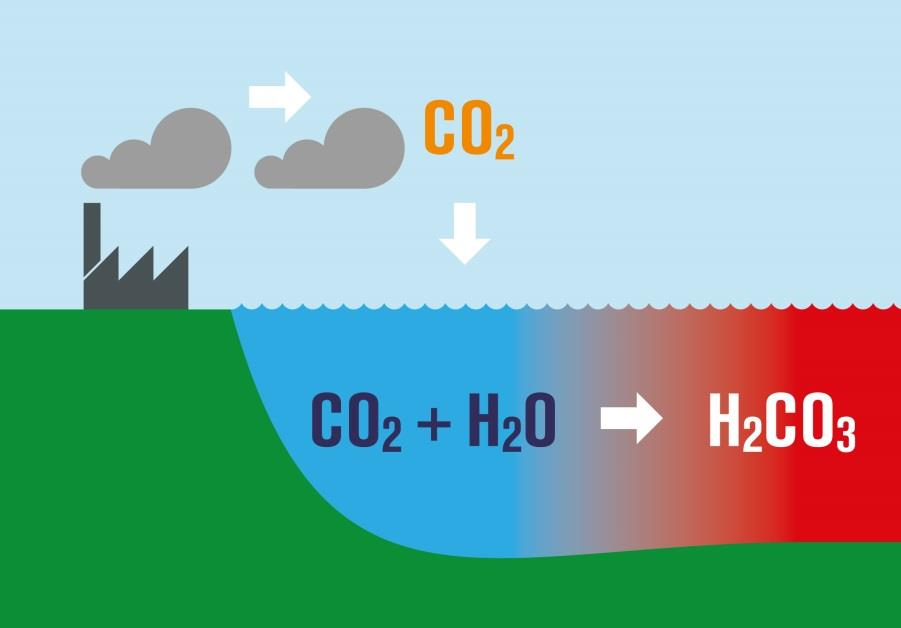 There is no such thing as a free lunch.

Thus even though we are beginning to make the oceans more acidic, and they do cover about 70% of Earth’s surface to an average depth of about 2 miles, and while the increased acidity is concerning, it is still rather low.
Now we get into another benefit of the oceans in terms of acting as a buffer against the excesses of GHG in the atmosphere The oceans absorb much of the heat generated by CO2 in the atmosphere.

The graph, by oceanbytes.org titled “Earth’s Total Heat Content anomaly” is very revealing, … , and startling. The graph consists of two curves [and two colors]. The top curve [blue] indicates that most of the extra heat caused by the higher amount of CO2 in the atmosphere is being absorbed into the oceans. Only a relatively small amount of this heat goes into the land and atmosphere [red].

So let us be clear, the heat waves we have experienced and the global average atmospheric temperature increases we have seen, have been moderated by the oceans to an enormous extent! It is an open question as to whether life would still exist as we know it if it weren’t for the oceans absorbing this extra heat energy. We have just “begun” to feel this extra heat caused by the greenhouse effect.

As noted in the first pie chart discussed earlier, [Greenhouse Gas Sources], almost 60% of the CO2 emissions comes from two sources; transportation and electricity generation. These two sectors have been the subject of intense research and development in the last several years.

Globally, there is a huge effort being made by all of the car companies in Europe, China and the U.S., to develop and produce electric vehicles [EVs]; and several companies have committed to stop producing internal combustion [gasoline] vehicles by 2035.

This transition and trend is more clear in some countries than others. In Norway for example, 91.2% of new vehicle registrations in November 2021 are PEV’s [plug in electric vehicles]. Full battery EV’s, [BEV] make up over 73% of this total: see data in chart from CleanTechnica titled, “November 2021 Norway Passenger Auto Registrations”.

Sweden, Denmark, Germany, China and other countries are also showing strong growth in EV sales but none compare to Norway at this time. Government policies and availability of cheap hydropower in Norway are major reasons for this trend. In the U.S. EV sales amount to about 3% of total car sales but all of the major car companies plan to market more than 20 new EV models in the next few years. This transition from fossil fuel combustion gasoline cars, to electric vehicles [including buses, trucks, and more] using renewable electricity, will gradually have a positive impact on Earth’s climate system.

This transition, this disruption will take time, but it is happening.
And this is not the only transition taking place. 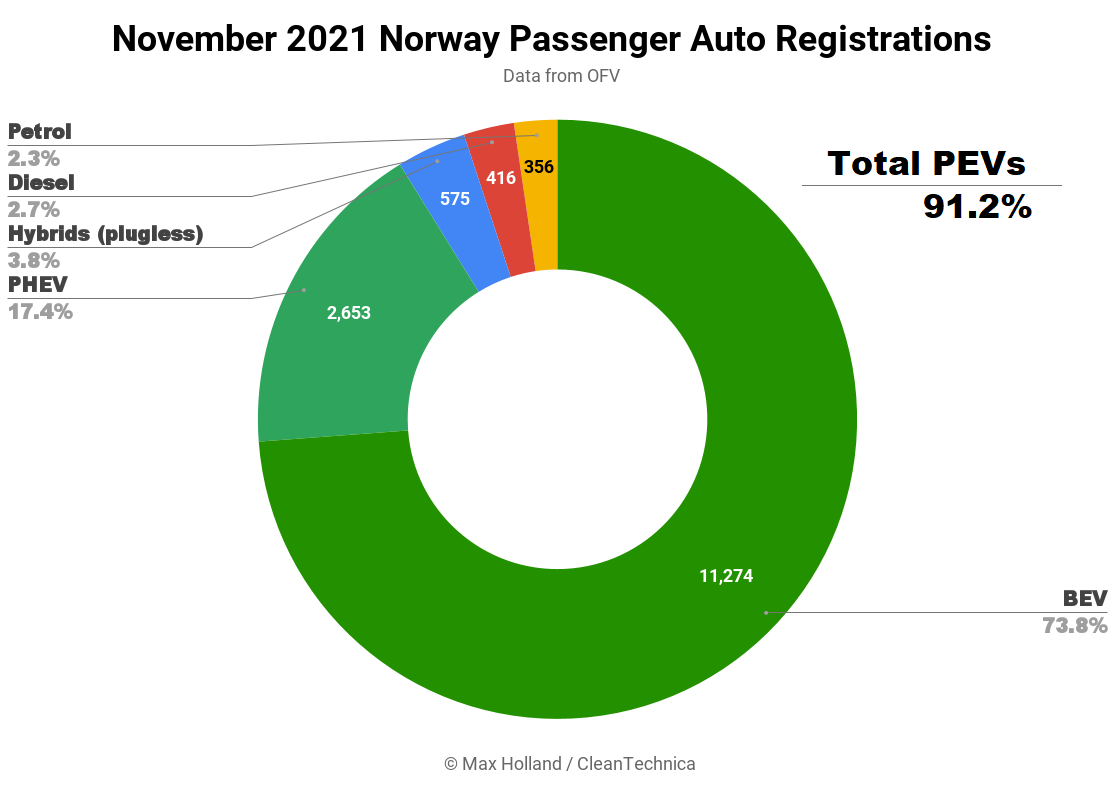 In addition to the transportation sector we have emissions-free renewables making a big impact on electrical energy generation and its competitive pricing relative to fossil fuel and nuclear costs. One project that has recently approved by the Biden administration is Vineyard Wind 1 off the coast of Cape Cod, Massachusetts. It will consist of 62 giant GE Haliade-X13 MW turbines. See map showing its location 15 miles south of Martha’s Vineyard and Nantucket. The dark orange line is the undersea cable that will bring the power to the electrical grid on Cape Cod. 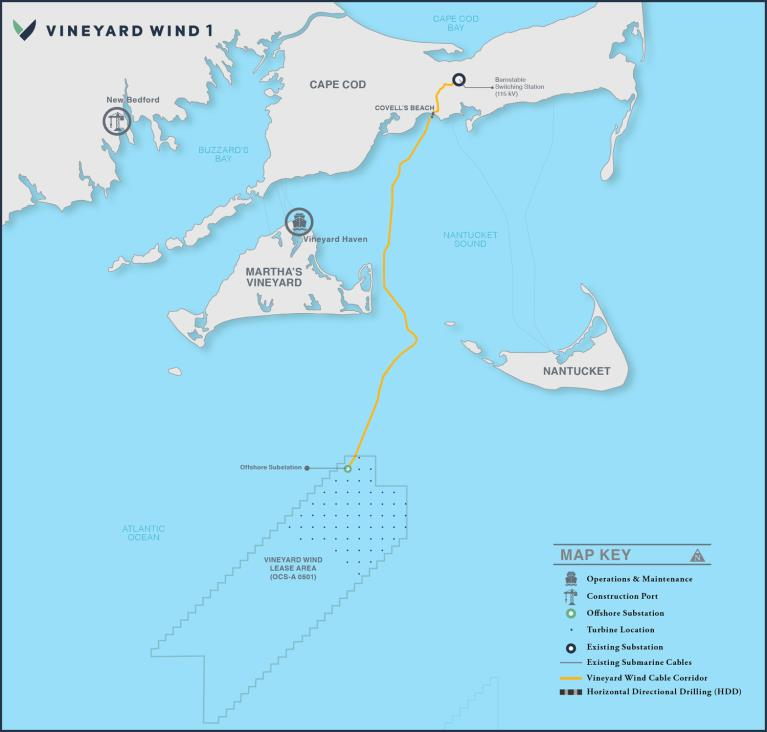 Construction began in September 2021 for this 800 megawatt project and will deliver energy to the Northeast grid in 2023. It is part of a larger 2,500 megawatt project planned over the next few years in that general area.
Stay tuned. We have a lot of work to do.