A car with several passengers is proceeding through the crowded, busy streets of San Francisco. It encounters 265 people, 49 bicycles, and 489 cars on a two mile trip all without a hitch. So what?

No one was driving. It was a driverless, fully electric vehicle. When did this happen? November 28 th 2017!

It was a Chevy Bolt and GM, led by CEO Mary Barra, is making a huge investment in electric vehicles [EVs] and driverless cars. They see EVs as a critical component of their vehicle models and to their corporate business success.

So, why all of this focus on EVs?

A number of factors are coming together all at the same time.

First, let’s look at where the carbon dioxide [CO2] is coming from that is warming our planet. The pie chart [Total U.S. Greenhouse Gas Emissions ...] from the EPA.gov website, shown here before, indicates that 27% of our CO2 emissions are coming from the transportation sector of our economy.

Thus, a reduction in vehicles with internal combustion engines [ICE] should reduce significantly the CO2 emissions and our contribution to global warming. Coupling this with the almost asymptotic growth in renewables for electricity generation [solar and wind] will further reduce CO2 emissions [see same pie chart “Electricity 29%]. 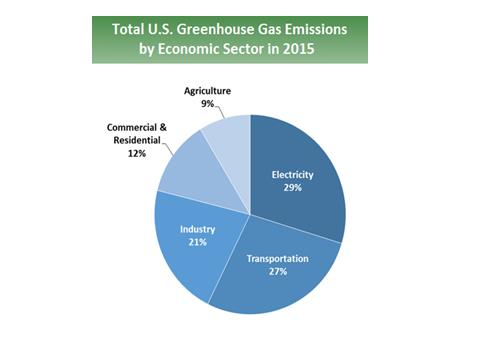 Second, China knows it has a problem; major air pollution from the combustion of fossil fuels is causing millions of premature health related deaths per year. They plan to turn their enormous economic engine toward clean-energy and clean cars and become global leaders.

Third, technology advances for EVs and the associated advances in battery capacity have been remarkable. Note the graph labeled, “Average battery pack price.” Through 2016 there has been a price drop [in $ per kWh] of 77% since 2010. The price forecasts for 2020 and 2030 will be significantly lower as seen in their respective ranges at the bottom of this same chart. 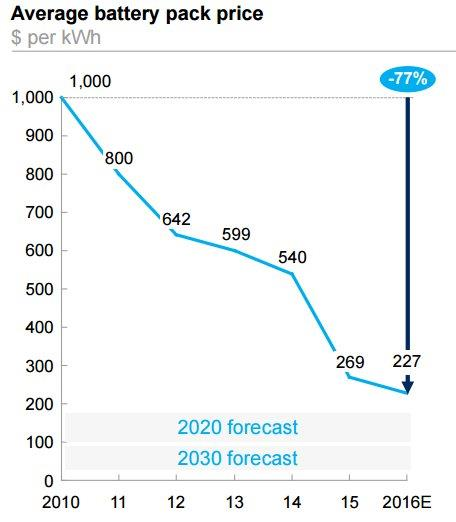 In October, 2017, GM announced that by 2023 it will have 20 new all-electric models [not hybrids]. Ford announced similar plans. GM is staking its future on this transition. The company sells about 10 million cars per year globally. Its biggest market is in China with 3.9 million sold and about 3 million sold in the U.S. With China’s push to go EVs, GM is focusing to meet that challenge, retain its market share, and the U.S. will be brought along.

The clean revolution is coming as EVs will be the car of choice in the near future as ICE are phased out. Other car makers working toward the same goal include Ford, Volvo, Nissan and more; Volkswagon plans on introducing 25 EV models in China alone between 2020 and 2025.

The bar chart labeled “Growing Expectations” from Bloomberg, illustrates how rapidly the landscape is changing. OPEC, the oil cartel, made a forecast for 2015 on the number of EVs expected to be sold every year. Note the lower bars on the chart with 46 million estimated for 2040.

This forecast was done to determine the impact of EV sales on oil. They did another analysis a year later for 2016 and increased their forecast by 500%! Note the rising upper bars in the chart. Recent data for 2017, suggests the forecast will be higher still. 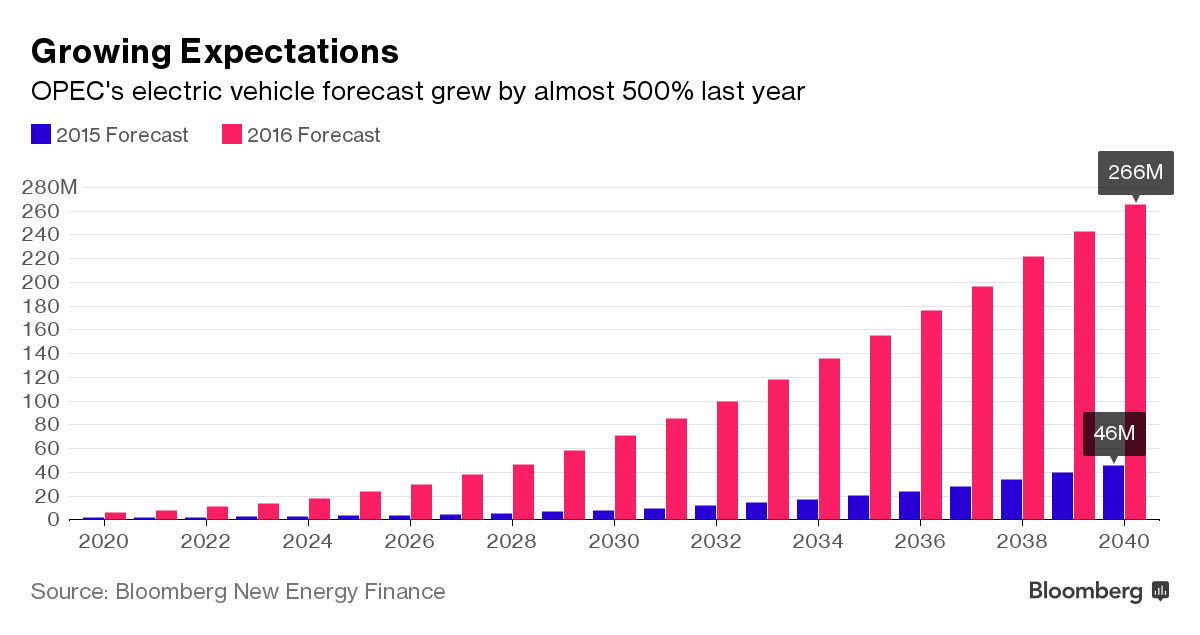 A logical question is how does the world economy generate the electric power to charge these EVs? See bar chart, “Electric vehicles’ climate impact in different energy mixes” from VUB University, Brussels. To simplify, we will only look at the height of the 10 vertical bars.

The left bar, tallest, indicates the amount of CO2 emitted/kilometer using diesel fuel. The other 9 bars are the fuel mixes used to generate electricity [kWh] in the various countries in the European Union. Poland uses a lot of coal [second bar] and so its bar is higher than the other countries to the right, while Sweden has the lowest bar since it has the highest percentage of renewables in its energy mix. 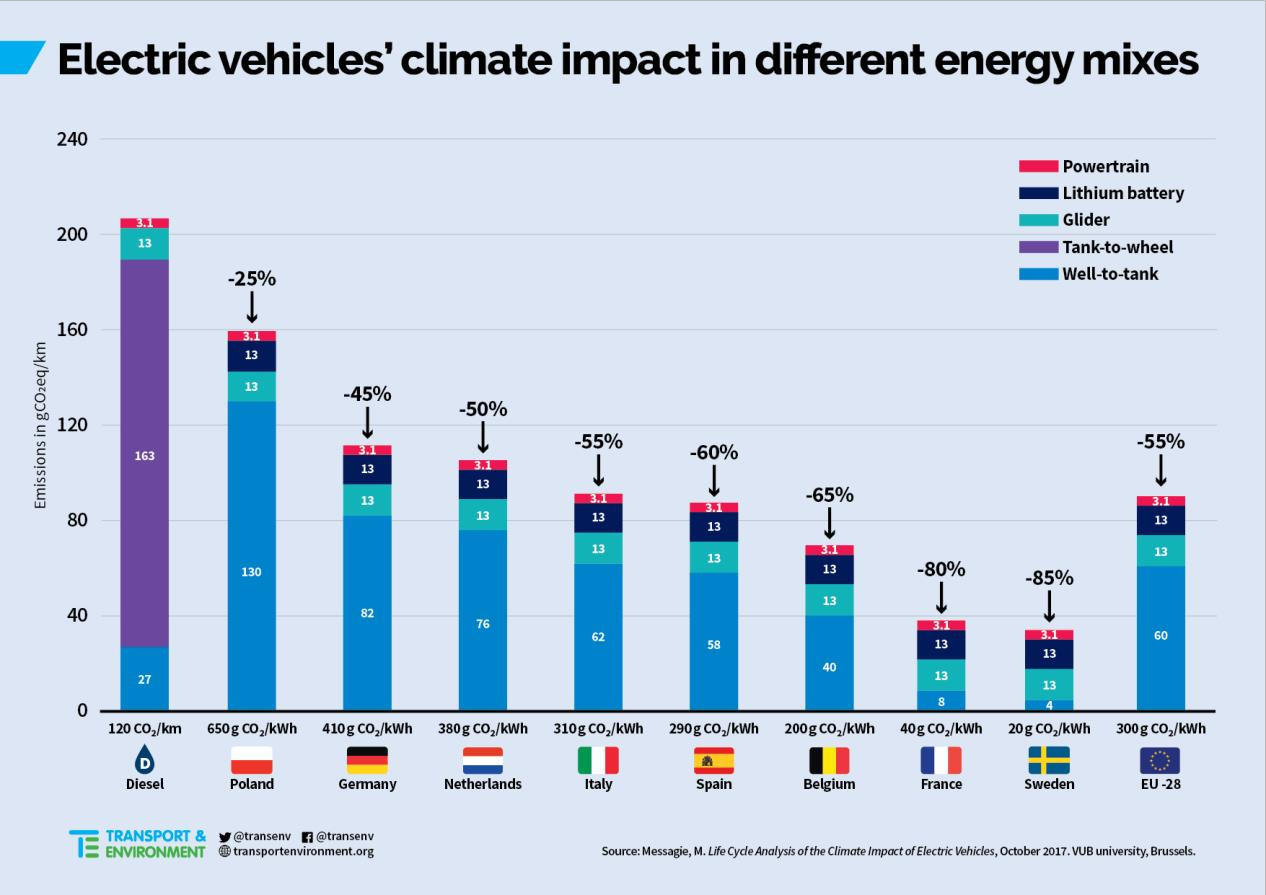 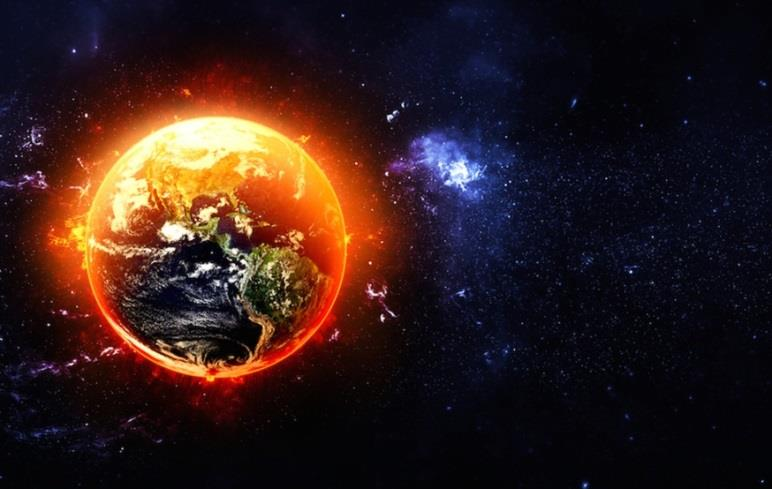 In all cases the impact of EVs on the climate, to travel one km, is less than diesel alone!  Meanwhile our planet has a fever: 2017 is in the top three warmest years on record [see Earth image.]