Menu
You are here: Articles2012 ICSUSA ARTICLES March 2012 - We Don’t Have a Carbon Dioxide Problem: We Have an Energy Problem

March 2012 - We Don’t Have a Carbon Dioxide Problem: We Have an Energy Problem

The nighttime satellite photo of North America, centered on the United States, is both beautiful and troubling. The photo allows one to trace the complete outline of the lower 48 states from light given off by our activities. Boston, Metropolitan New York, Chicago, San Francisco, L.A. and many other towns and cities, clearly stand out. 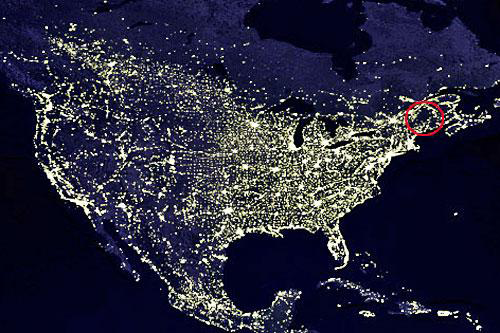 That is the beautiful part.

The troubling part is the fact that we can see this detail from thousands of miles away in space. All of this light emitted to space serves no earthly purpose. Hence the statement from some energy experts, scientists and planners is that we do not have a carbon dioxide problem so much as an energy problem, namely, wasted energy.

According to Union of Concerned Scientists only about 35% of the energy produced is converted into electricity. The rest is lost to the environment in various ways.

Let’s consider for a moment how this light is generated and where it comes from. About half of the energy used to generate electricity in the U.S. comes from burning coal with the rest coming from natural gas, oil, nuclear and renewable sources. These percentages are changing a bit today as coal is being recognized as the dirty kid on the block.

Regulations requiring reductions in emissions of mercury, sulfur dioxide [main source of acid rain], nitrogen oxides and soot, the socialized costs of which all Americans are paying for, have begun to make coal a less desirable source of energy to generate electricity. The main combustion product is the greenhouse gas, carbon dioxide, of major concern to climate scientists.

When we think about the extraction of coal, either from mountain top removal, open pit mining or deep mine sources, we have to keep in mind the fact that we must then transport this billion tons a year to the 600 coal burning plants in the U.S.

Each of these plants must then contend with some 300,000 tons of ash and sludge generated each year.

Disposal requirements of this material containing mercury, arsenic and other neurotoxins, is not fully regulated and many of these surface ponds leak into nearby streams and rivers.

This generated electricity is then sent over the electrical grid where more energy losses occur, to the point of use: a home, a shopping mall or your dentists’ drill.

Much of the light generated by this electricity is from incandescent bulbs where about 90% of the energy consumed is released as heat with only 10% as light. Much of this light produced is lost to space as we can see. 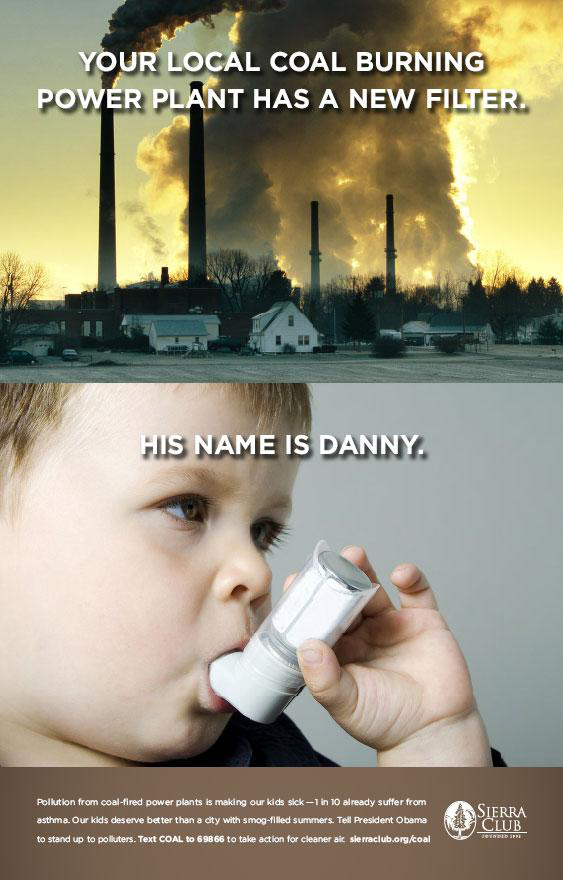 America can do a better job with the finite resources our country has been gifted with, and for its citizens, and we are beginning to. The “Danny” poster was part of a health awareness campaign in Washington D.C in 2011 and is based on the known dangers of air pollution from coal-fired power plants.

The inefficiencies and costs of doing business this way are beginning to change. New bulbs like CFL’s and LED’s are more efficient and will produce more light and less heat. The big savings right now, though, are coming from state and local government policies.

Recognizing that energy efficiency is the cheapest way to meet energy needs, the Ohio legislature passed a law that requires electrical utilities to help their customers save energy. The program has been an unqualified success. The first two years of this program has saved enough energy to power 55,000 homes for a year.

Pennsylvania passed an Energy Efficiency law in October 2008 that has saved the state $278 million dollars annually. It has saved the ratepayers money, reduced by 23 million tons the amount of carbon dioxide emitted, and kept the electrical grid more stable as well as electrical prices.

30 states now have Energy Efficiency Resource Standards which require utilities to invest in efficiency. Vermont, a leader, has an “Energy Secession” movement: the goal is 90% renewable by 2050! Remarkable!

Even without a national energy policy this work, and more, is ongoing in the U.S. and may help with the climate issues we are facing. 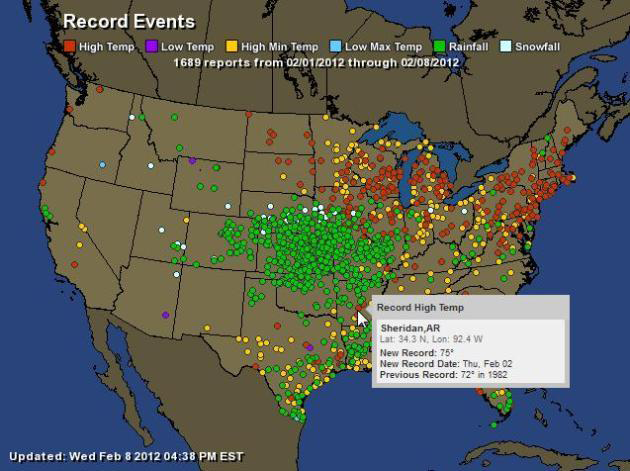