“Extra! Extra! Read All About It!”

This was a common and loud refrain from street corners in cities across the U.S. a century or more ago. Young boys, and sometimes young girls, would “hawk” newspapers with the latest sensational headlines: “Infamous Affair!” or “Cursed Effects of Drunkenness!” They earned about 30 cents a day and for about a half century were important distributors of newspapers to the public. [See photo: Lewis Hine, July 1910, Wikipedia, “Newspaper Hawker”.] 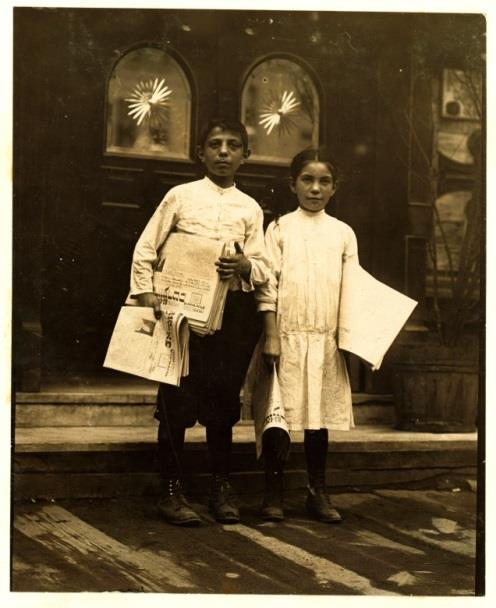 Recently, there should have been a headline that was broadcast, or shouted, loud and clear about a pending court case and it could have gone something like this: “California and Oil Companies agree: The Climate is Warming and Humans are Mainly Responsible: see IPCC report!” The story goes like this.

The UN Intergovernmental Panel on Climate Change [IPCC] issued their fifth assessment report of 1535 pages in early 2014. It represents the work of over 1,000 scientists who reviewed, summarized and interpreted all of the world’s available peer-reviewed literature on the subject of climate science and climate change.

The law suit is unfolding now in U.S. District Court in San Francisco. The case is brought by the cities of Oakland and San Francisco against the five largest oil companies for “discrediting climate science in general” and “which has delayed regulatory action and left coastal cities to deal with eroding coastlines, property loss and infrastructure damage” [huffingtonpost.com/entry/climate-change-trial 3/30/18].

These coastal cities are facing huge bills as they try to adapt to sea level rise caused by climate change. The cities want a fund set up, into which the fossil fuel companies pay, to cover costs associated with this problem.

The judge, William Alsop, asked both sides for a “climate tutorial” to understand the science and technical details. In the five hour tutorial that later followed, both sides used the same IPCC report to support their positions. The major defense point raised was the uncertainty of the melting of the ice in Antarctica casting doubt on actual amount of sea level rise.

The fossil fuel companies appear to be no longer in denial of climate change, just the uncertainty of the extent of some data. Perhaps the outright climate change denial chapter is now being written.

And it’s not a moment too soon.

See graph [Scripts Institute of Oceanography] of rising atmospheric carbon dioxide concentrations, the major greenhouse gas [GHG], showing a record high level of 411.24 parts per million [ppm] on April 29, 2018. In 1880 at the early stages of the Industrial Revolution the levels were about 280 ppm. This 46% increase and level now exceeds anything the Earth has seen in several million years when sea levels were many feet higher. 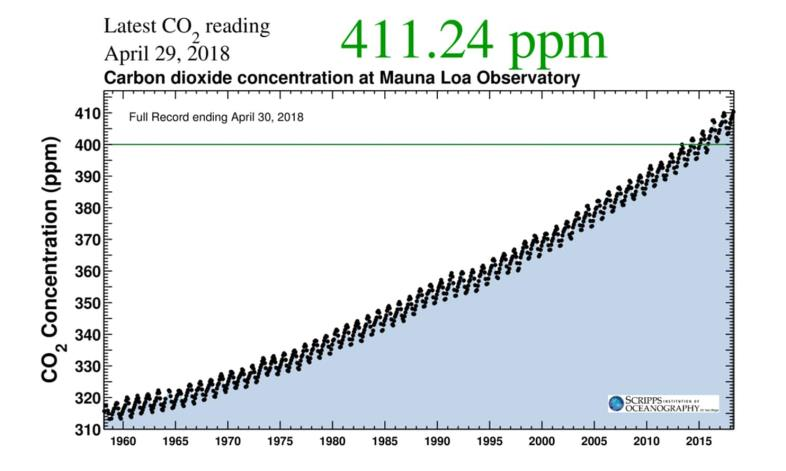 And unusual, extreme events are happening with our local weather too. Remember, weather is what you see out the window, while climate is the long term average of that weather.

The North Country in a 48 hour period starting on April 30 experienced a 50+ degree temperature change. On May 4 th , we experienced a wind storm with gusts reaching 60 mph and leaving over 30,000 people without power, some for more than three days. We can always experience temperature swings and wind storms but the severity of these events is in keeping with predictions of what happens when we have a warmer, turbulent atmosphere to power these events.

And, further afield, the extent of ice in the Bering Strait between Russia and the U.S. has just reached an all-time low. See graph, University of Alaska, Fairbanks, of data from 1850 to 2018. This has a number of implications and impacts. 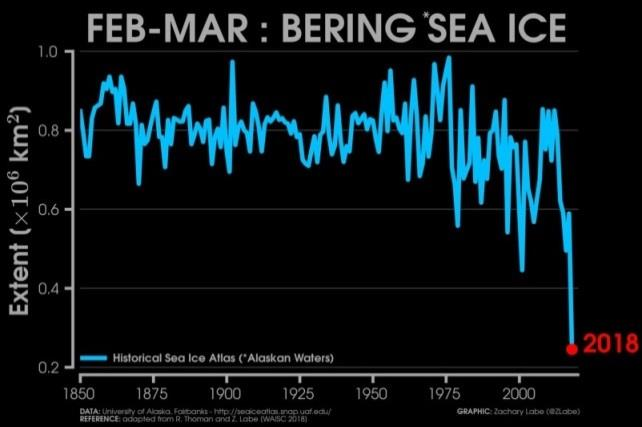 Without the ice cover that normally protects the shoreline from storms and wave action, land is being eroded away at a significant rate. Several coastal communities will have to relocate, or undergo very expensive remediation projects by the U.S. Army Corps of Engineers. Also, more open water absorbs more solar energy which further perturbs normal weather patterns.

Many companies are taking steps to reduce fossil fuel consumption. Google has covered the entire roof of their new headquarters with solar panels [photo] and 100% of their energy needs are now met by renewable energy. 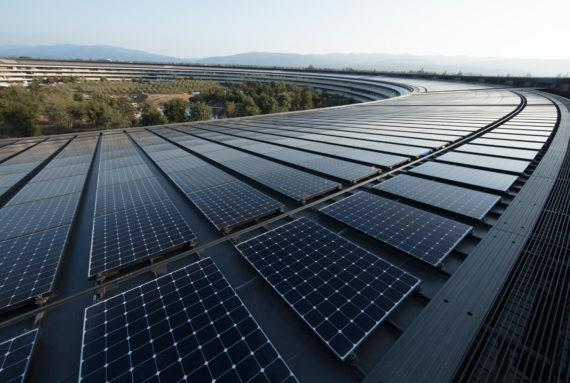 Meanwhile, many artists are using their art to illustrate issues associated with climate change. One is Sean Yoro and his paintings on melting ice floes [photo] are powerful. 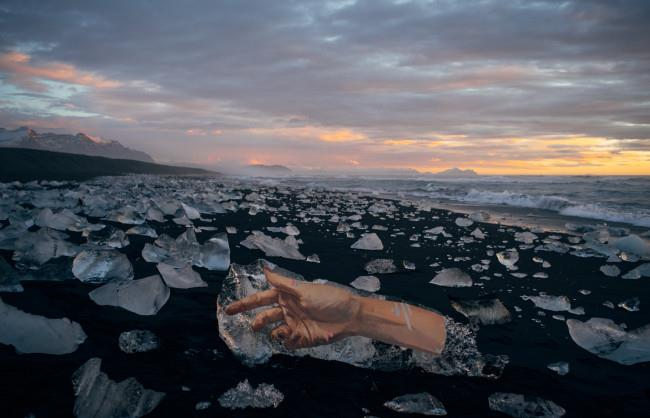