Picture this: an ice skater doing a rapid spin or pirouette on the ice with arms straight up overhead or held close to their sides. Then the skater slowly spreads out their arms to a more horizontal position and the spin slows. In physics this would be called conservation of angular momentum [Wikipedia].

But there are some people studying the science of climate that took this skater image a lot further. They thought, suppose the Earth lost a lot of ice near the poles. Wouldn’t the Polar ice [Greenland, Antarctica] be analogous to the skater with arms stretched overhead? And with extensive melting where would all of that melt water go?
The melt water would flow into the Polar oceans and move towards the Earth’s equator. The Earth’s shape would change, bulge just a bit at the equator, because of the planets spin, and should rotate just a bit slower than it did before, just like the skater with arms outstretched horizontally.
Some scientists got caught up in this whimsy, this “odd or fanciful notion” and their wits took it to a whole new level [Dictionary.com]. Satellite data show that Greenland is losing billions of tons of ice with the water going into the ocean. The same fact exists for Antarctica. It is losing land-based ice with the melt water also going into the ocean. The result is sea level rise.

Once this water gets distributed, and with much of it towards the equator, the spinning Earth should slow, just a bit, like the ice skater. A new report in Science Advances by Jerry Mitrovica, et.al, [11 Dec2015Vol.1, no.11] says just that. Their calculations show that we have slowed the Earth’s rotation by about a thousandth of a second in the past century.

In addition to all of the other climatic and extreme weather changes occurring on our planet as a result of our combustion of enormous amounts of fossil fuels, we are also altering the way the Earth rotates on its axis. 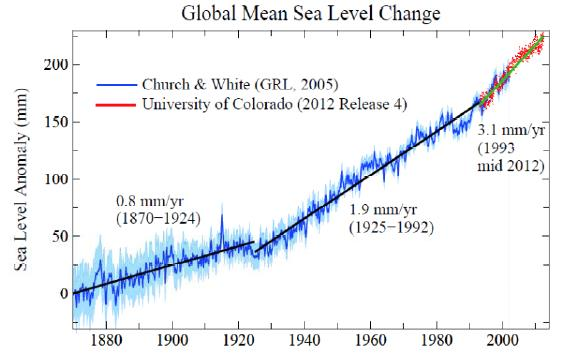 Artists also document changes to our planet with a different eye.

When ice slowly disappears it is a loss; of beauty, function and a clear sign of change. Jill Pelto is a recent graduate of University of Maine with a double major in Studio Art and Earth Science. Her website, JillPelto.com, have a number of paintings of “ice” that try to capture this change, this beauty.  One of an ice sheet with crevasse, and a second of a disappearing mountain glacier, are reproduced here with permission by the artist. She states, “Nature is fascinating and beautiful, and I hope you will help me fight to preserve it.” 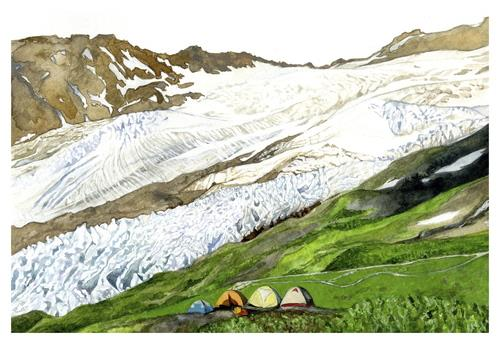 There is another kind of painter too.

Theirs is a desperate functional attempt to hold back change and to preserve their way of life. In the Andes Mountains of South America temperatures have risen, weather and precipitation patterns have changed, and many glaciers have already disappeared. For centuries the slow meltwater from this ice allowed local people to herd animals and farm, but this way of life is at risk.

Eduardo Gold, a Peruvian and founder of Peru Glaciers, paints mountains. It is a desperate attempt by him, and fellow community members, to whitewash the dark emerging rocks in order to reflect the sun’s rays. The intent is cool the rocks in order to maintain the presence of snow and ice.

In 2009 their project was selected as one of 26 winners by the World Bank’s “100 Ideas to Save the Planet“ competition. So far they have covered about 15,000 square meters of mountain side and they are seeing a difference. There is now water in their wells but their longer term future is still uncertain.
See photo [by Daniel Grossman] of a worker carrying a bucket of paint, or whitewash, up the side of Chalon Sombrero at 14,000 feet. Glaciologist Benjamin Morales estimates that the Andes in Peru have lost about 25% of their ice in the last several decades. 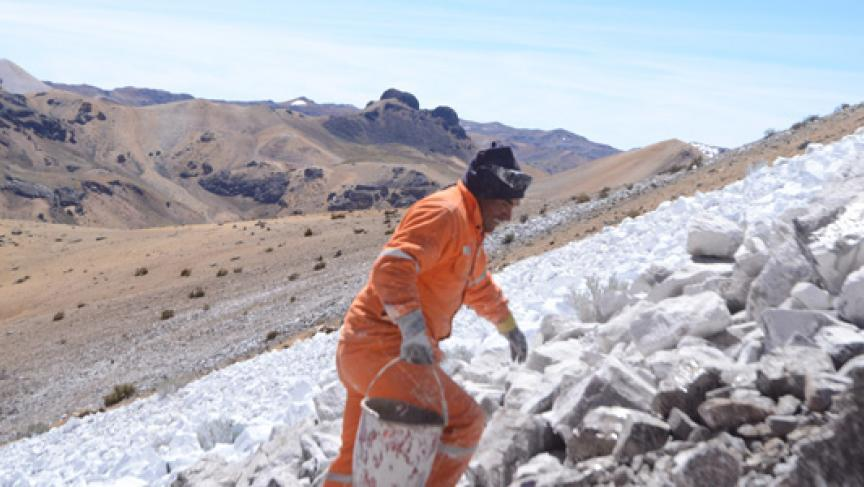