No, this is not the currency in England. No, it is not the weight of water flowing over Niagara Falls.

This number is the weight of carbon dioxide we were putting into the atmosphere every second in 2011, primarily from the combustion of fossils fuels and land use changes. Other smaller amounts may come from deep sea vents, volcanos and other natural events, but most of this amount comes from “us.”

The following diagram, published originally in the Proceedings of the National Academy of Sciences [PNAS], provides an accounting of this gas and reflects scientists’ best understanding of the dynamics of these processes. The top portion shows that about 91% of this gas comes from burning fossil fuels and the manufacture of cement [more on that another time], and about 9% from land use changes.  The latter includes the loss of tropical rain forests in South America, Africa, Indonesia and elsewhere. 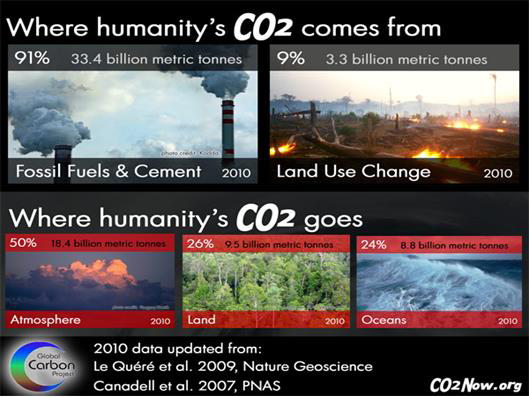 The bottom portion of this “picture” indicates that about 50% of this gas stays in the atmosphere, about 26% goes back into the land [mostly as biomass], and about 24% is absorbed into the oceans.

When we talk about the atmosphere we can see that this is a very thin layer around our planet like the skin on an apple, or, like the membrane one encounters when slicing onions. The sunrise photo was taken from the International Space Station on September 30, 2013 and shows the atmosphere as the thin veil over the planets’ surface. About 90% of the atmosphere is within 10 miles of Earth’s surface and a lot of “stuff” goes on in this narrow layer: all of our weather and climate is impacted here. 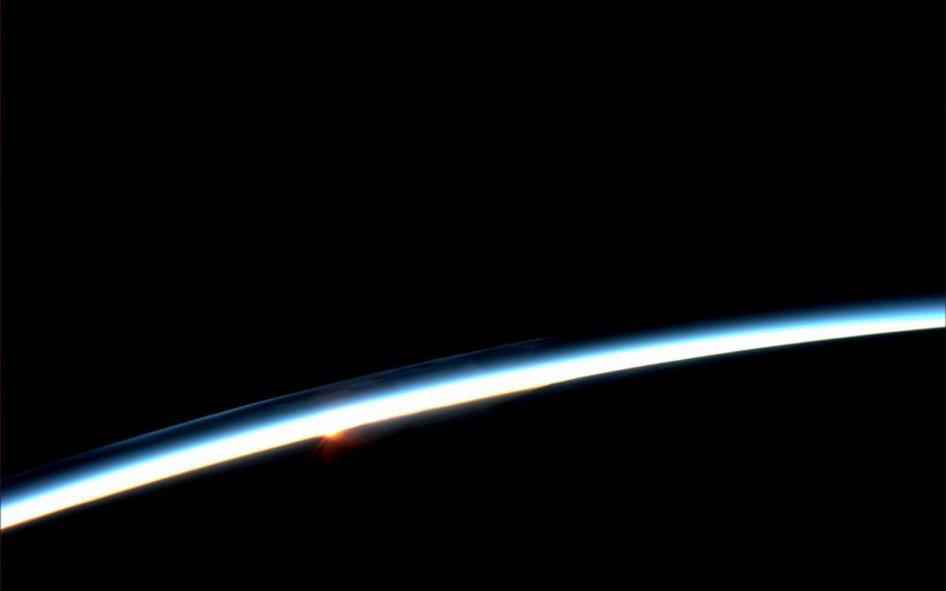 Since “land” plays a very important role in removing carbon dioxide from the atmosphere, scientists are studying ways to monitor much more closely the role and status of rainforests in this process. Does climate change introduce more stress on these forests which may impact their ability to drawn down this GHG?

Droughts in the Amazon River basin, for example, have been occurring with more frequency. This area has had two, once-a-century droughts, in the last five years and billions of trees died. Coupled with an increase in fire occurrence this has a very serious impact on the ability of these forests to continue to remove carbon. 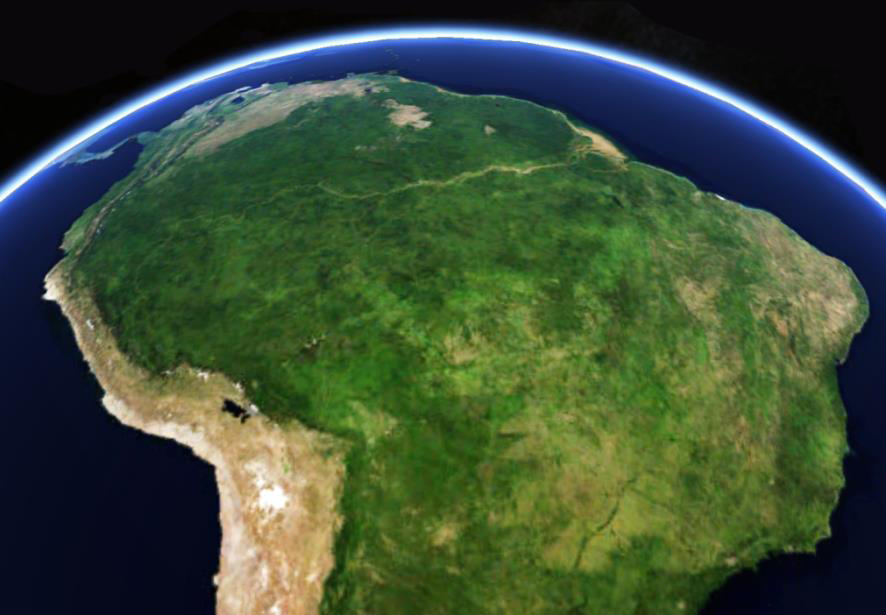 The NASA satellite photo here of the northern portion of South America illustrates the challenges scientists face when trying to determine what is going on. The area shown is huge. The large body of water just inland from the Pacific Ocean, on the left side, is Lake Titicaca in Peru and Bolivia. The upper portion of the photo shows the Amazon River and surrounding rain forest that stretches almost across the whole continent to the Atlantic Ocean on the right.

As soy bean, corn and other crops replace rain forests in Brazil what will be the impact on climate? As global temperatures increase what is the impact on the forests ability to absorb carbon dioxide? A recent paper by NASA scientists in PNAS on July 24, 2013 suggests that a “carbon-climate feedback” may be occurring. The hypothesis is that less CO2 is taken up by the forests in a warming climate.

How can climate scientists, biologists, and others hope to evaluate all of the changes taking place in this vast region. Obviously they cannot and new tools are techniques are being sought. 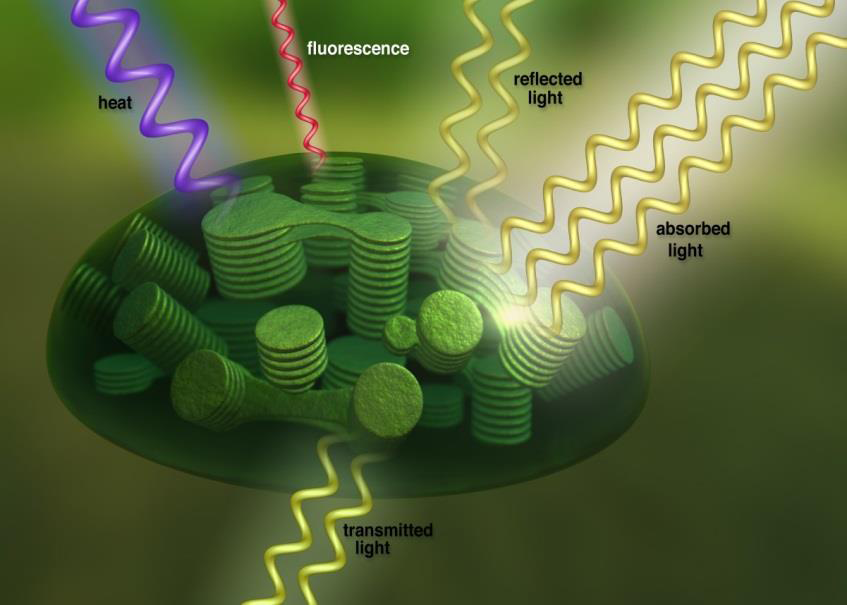 Enter NASA and new satellites that can now measure the fluorescence, a specific wavelength of light, given off by healthy plants undergoing photosynthesis [see schematic]. Light from our Sun is partially absorbed, partially reflected, and some transmitted during this process. Measuring the fluorescence may give scientists the detail to more fully understand what is happening on the ground.