Polar Vortex: now that is a new vocabulary phrase for many of us.
Also called a Polar Cyclone, [the Huffington Post called it an Arctic Aneurism], it is a counterclockwise mass of cold air extending tens of thousands of feet high into the atmosphere. See NASA photo with tip of Florida visible in center. 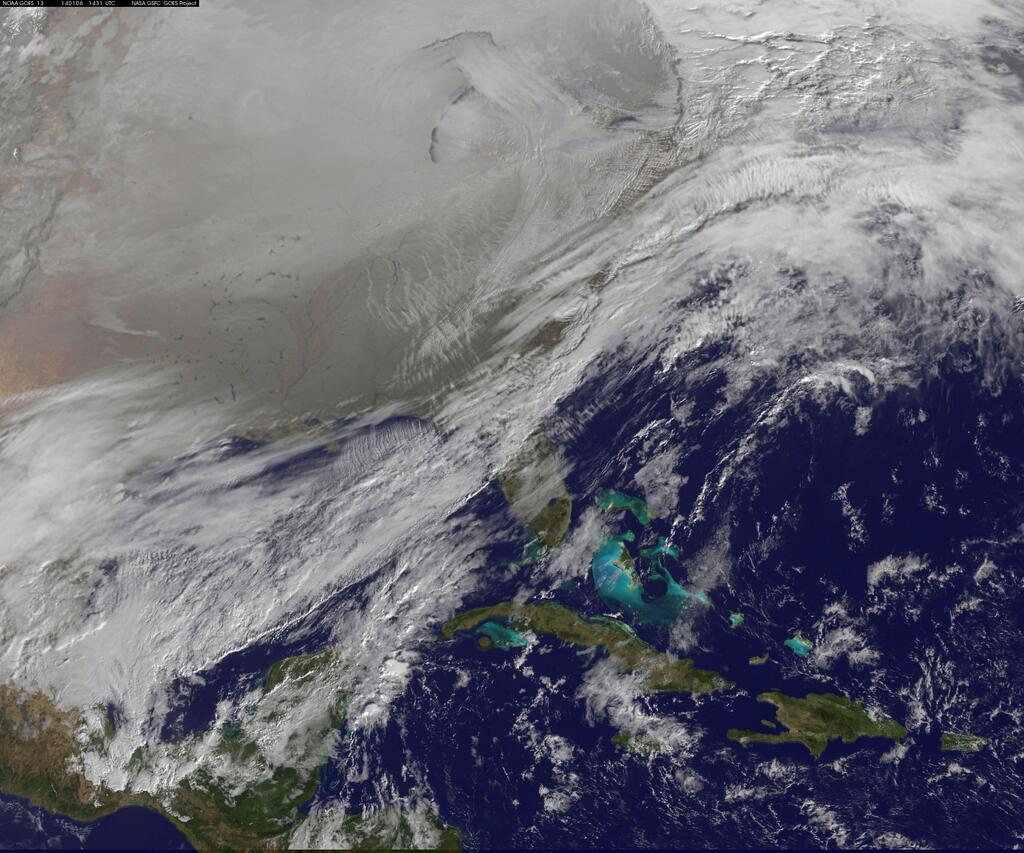 In early January 2014, about 186 million Americans were experiencing a severe cold spell because of this vortex. This air mass was so broad that virtually every state but Hawaii had a frost. Over 18,000 flights were cancelled during that time.
New York City recorded 4 degrees F. on January 7, the coldest for that date in 117 years; 2 weeks before it recorded its’ warmest day, for that date, at 71.
The North Country experienced about a 50 degree swing in two days; this increased to a 67 degree temperature change in three days! It also rained when the temperature was 27. The week before, it rained on top of a foot of snow, when it was 21 degrees. The text books all say that water freezes at 32.
So what in the world is going on with the weather?
The air that we breathe today does not have the same composition as it did last year, or the year before, and is much different from when we drew our first breaths. The biggest change is in the heat trapping gases now present at levels higher than at least the past 5 million years. All of the climate models say that with increasing levels of greenhouse gases [GHG], we will get a warming and a changing climate, and more extreme weather events may become more common.

It’s not just the U.S. that is seeing these weather extremes. Lots of unusual and record breaking weather is occurring all over the planet.
Look at the map of the United Kingdom reproduced here.

Due to heavy rainfall the U.K. Environmental Agency issued flood warnings in early January for every single region across England and Wales. The map illustrates some of the 350 flood warnings issued.  Waves and gale force winds, exceeding 90 mph, pounded a wide swath of the southwest coastline [see photos of waves]. 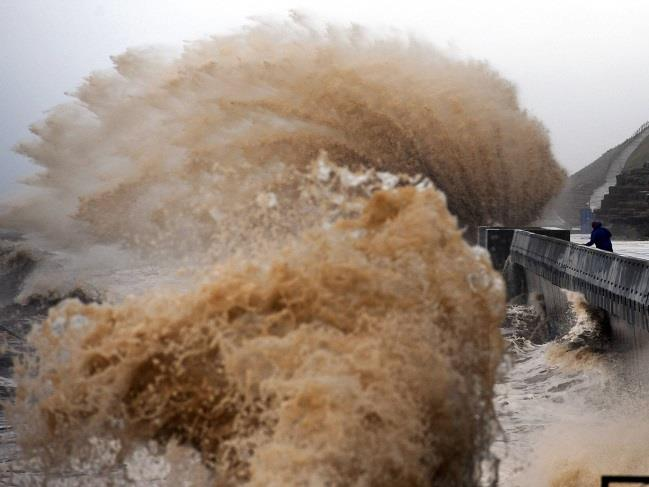 Earlier in December 2013, a fierce storm pummeled the north and northeast U.K. with gusts up to 142 mph. Authorities later evacuated some 10,000 homes along the eastern English coast because of the potential for flooding.
To the north, Scotland had the wettest December ever recorded; 11 inches of rain fell.

Ireland has had its share of extreme weather recently including three major storms within a two week period in late December and early January 2014. Dr. Keiran Dickey, a climatologist at the National University of Ireland, said: “The big issue here is the number of weather extremes we’re seeing around
the world. This fits nicely into the predictions for climate change and global warming”.
How about Australia on the other side of the globe? According to the Bureau of Meteorology it had its hottest year on record which dates to 1910 [see graph “Annual mean temperature anomalies for Australia”]. It also registered its’ hottest day of the year on January 7 th 2013 at 120 degrees at Moomba in South Australia. Additionally, it had its’ hottest month, and its’ hottest three month season on record! 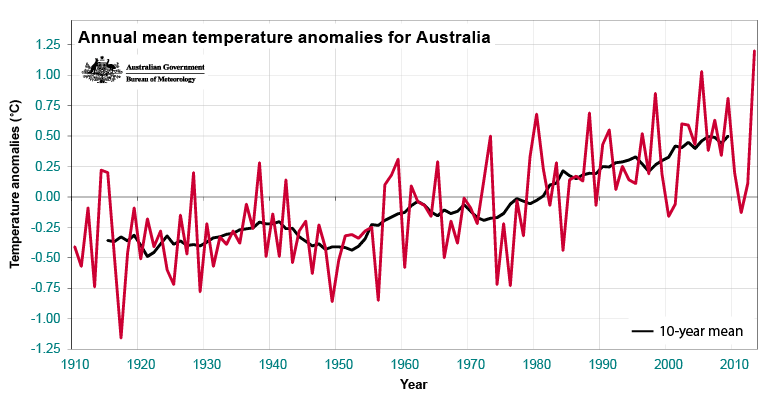 Typhoon Haiyan hit the Philippines in November 2013 with wind speeds of 195 mph, or more, and was arguably the most powerful storm to ever strike land.
The list goes on for extreme weather events over the past year everywhere we look; enormous floods in Siberia, the Himalayas and Colorado, a powerful hurricane in India, and more.
So what about the polar vortex? It is well documented that the Arctic is warming twice as fast as the rest of the planet. When the temperature difference between the Arctic and the lower latitudes gets less, the jet stream which bottles up the cold Arctic air, slows down. It then starts to meander and form big loops that bring cold air south, or, warm air north.
... And in 2013, we put almost 40 billion more tons of GHG’s into the atmosphere.