It was billed as “Trial of the millennium”. On November 10, 2016, Federal Judge Ann Aiken in U.S. District Court, Eugene OR, ruled that the lawsuit brought against the U.S. government and fossil fuel interests by a group of 21 young people between the ages of nine and 20 can move forward as it "adequately alleged infringement of a fundamental right."

The photo, and quote, from www.ourchildrenstrust.org/US shows the reaction of the young plaintiffs. So what was this all about? In 2015 the youth had filed a complaint “that, through the government’s affirmative actions in causing climate change, it has violated the youngest generation’s constitutional rights to life, liberty, property, as well as failed to protect essential public trust resources.”

District Judge Aiken further stated, “Exercising my ‘reasoned judgement,’ I have no doubt that the right to a climate system capable of sustaining human life is fundamental to a free and ordered society.” This court just gave the youth of this country the critical opportunity to protect their futures according to Julia Olson of Children’s Trust. 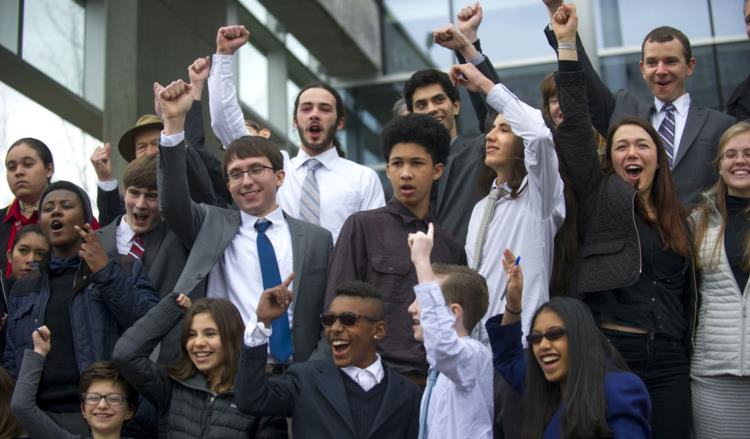 Meanwhile, our planet’s temperature continues to rise and do what the laws of physics and chemistry require, as the levels of greenhouse gases [GHG] continue to rise. One telling graph included here is labeled “GISTEMP Anomaly [including seasonal cycle].”

The graph illustrates the monthly temperatures across the year. The bottom axis shows the 12 months of the year, while the temperature change, or anomaly, compared to a long term average, is shown of the vertical axis on the left.

The wavy lines shaped like a hill start low in January and rise through the summer and then start to fall again in September. All of those superimposed lines represent temperature data by month for the past 136 years of the available temperature data. All of the monthly points for 2016 stand out as being far above anything in the 136 year temperature record for that month.

This increasing monthly and annual temperature trend is strong and unlike anything we have measured in the past. It is pretty clear that the changing chemistry and composition of our atmosphere is changing our climate in a major way. 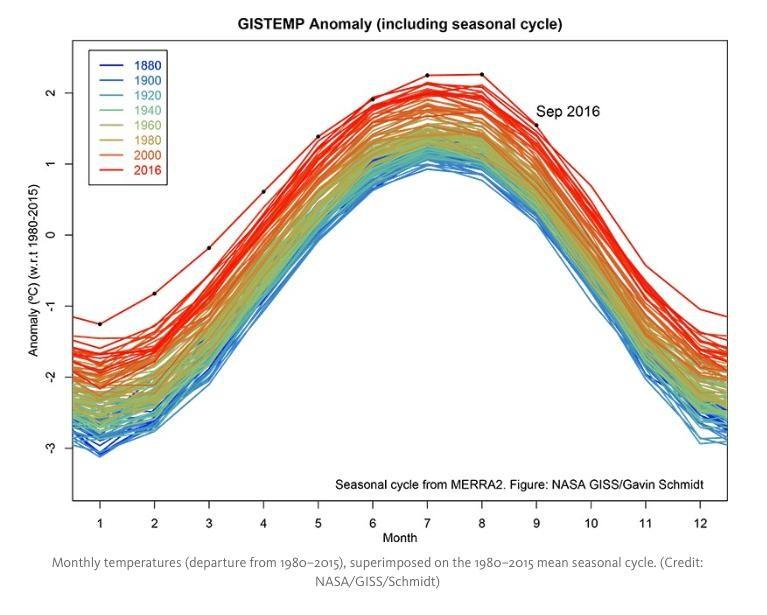 Meanwhile, some other unusual climate-related observations are being made. Reports of abnormally high temperatures in the high Arctic began to appear in mid-November. The image of Earth from ClimateReanalyzer.org, Climate Change Institute/University of Maine, incorporating recent temperature readings, is really startling.

The image shows North America to the upper left, the Arctic above and the North Pole in upper-center. South America, Africa and Europe are partially visible below and to the right. What the image shows is that the Arctic is about 35 degrees F warmer than normal for this time of year. This is unheard of and outside our experience. 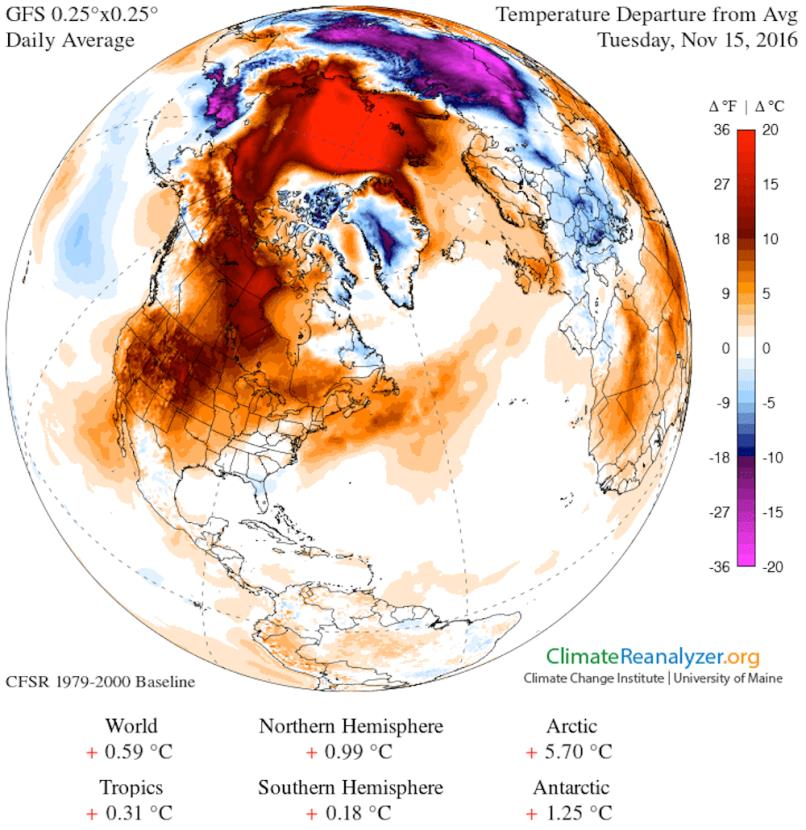 The far higher than normal temperatures extend down through central Canada and into the northern part of the United States. Scientists are scrambling to try and understand what is happening. Is this the result of low levels of sea ice this past summer and years past as well? Is this due to changes in the sun’s energy output? How about changes in the jet stream? Stay tuned as scientists attempt to sort all of this out.One of the major issues raised by climate skeptics [deniers in many cases] has been that the Sun is the problem; its output varies and sun spots and luminosity are a probable cause of Earth’s natural temperature changes and not human activity; certainly not the rising levels of carbon dioxide.

The chart, reproduced here, of the sunspot cycles, from the “World Radiation Center in Davos,” does not support this premise at all. The bottom of the chart goes from 1975 to 2016, with the left axis showing the energy [TSI/Wm-2] impacting our planet. The wavy line traces the four minimum/maximum sunspot cycles. It also shows that the energy changes to Earth during a cycle are very small and less than 2 units out of 1360, from peak to valley. It clearly shows that the recent sunspot cycle is very weak.This solar variation argument makes no sense since 15 of the 16 warmest years in Earth’s data record have all been since 1998.