This is a refrain that most are familiar with. Whether from the book “Moby Dick” or the recent movie based on Nathaniel Philbrick’s book, “In the Heart of the Sea,” whaling was an important business for centuries. The Basque people from Spain may have been the first to start the whale oil production operations in North America, in Red Bay, Labrador in the 1500’s. The “Right Whale,” plentiful then in the waters off North America, was the “right” whale to take as it contained large amounts of oil in its blubber. The sperm whale was also highly valued.

Over the next 300 years or so the whale harvests peaked and then declined, and even with a large fleet of New England ships, captains and crews, whale oil yields dropped off precipitously. See graph “US Whale Oil and Sperm Oil Imports [1805 – 1905].” Graph is from Walter Towers’ book of 1907. The upper jagged line shows the gallons of [“right”] whale oil which peaked at about 10,000,000 gallons annually in the 1850’s. The lower line shows that sperm oil peaked in the 1840’s at about 5,000,000 gallons annually and then decreased steadily. 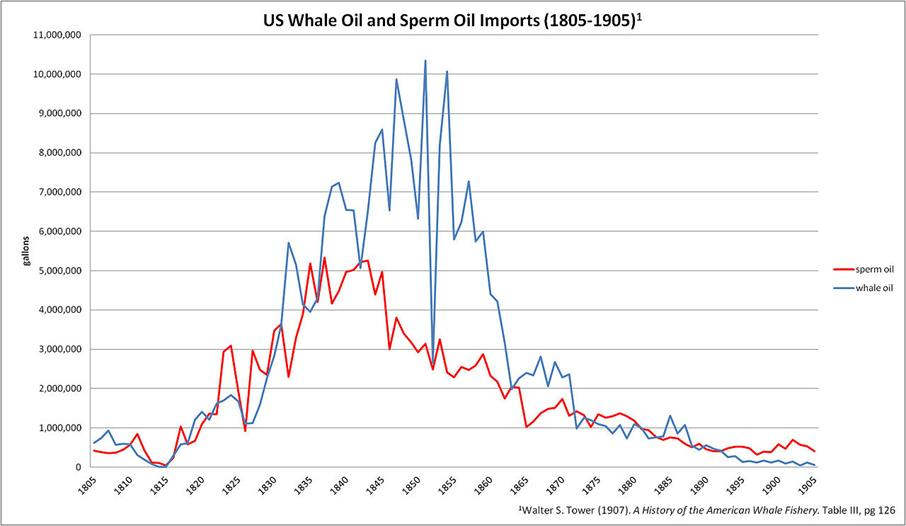 This oil was important not only for lighting the lamps in Europe and the U.S., but among other uses, as a lubricant for the machines of the emerging Industrial Revolution.

New England had about 795 ships of the 900 in the world dedicated to this slaughter. There were tens of thousands of people involved in this industry. With few whales remaining, and voyages lasting up to 2 years or more before returning to port with whale oil, the whole industry collapsed.

American business, and the workers in this trade, went through a wrenching transition to a new economy. An industrial era was emerging based on petroleum, gas, and eventually electricity and required workers to learn new skills as opportunities developed elsewhere.

Today the U.S. economy is going through major changes again. Robotics used in manufacturing has displaced many workers and now a major transition is happening in the area of energy supply. Automation and robotics used in the production of coal and oil has increased output significantly, at a lower unit cost, and requires far less workers.

Couple this with the fact that the combustion of fossil fuels produces carbon dioxide, a greenhouse gas, [GHG]. This GHG in the atmosphere absorbs a lot of energy that normally would be lost to space and returns it to Earth’s surface. Since we burn an enormous amount of fossil fuels, we produce enormous quantities of this gas changing the composition of our atmosphere and our CLIMATE. See graph, “Carbon Dioxide Continues to Reach New Highs” over last seven years. 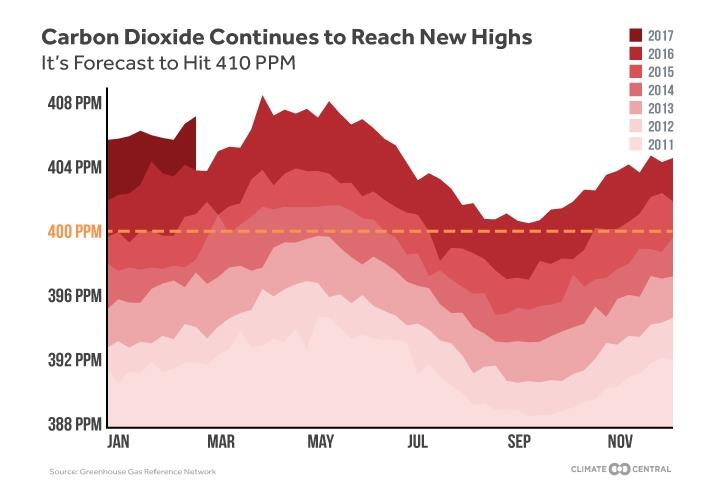 The horizontal axis goes from JAN through NOV while the vertical axis is in parts per million [PPM] of carbon dioxide. The increase in the concentration of this gas is relentless and is the highest it has been in millions of years. 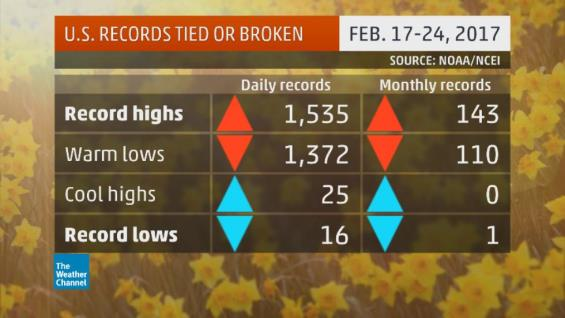 We are getting into dangerous territory from a weather and climate change point of view. All of this increased energy in the atmosphere is influencing our weather. We can expect to see increased severe weather from floods to droughts to major rainfall events.

However, technology in the form of large efficient wind turbines, is beginning to generate significant amounts of “renewable” electrical power today.

According to American Wind Energy Association, in 2016, wind power exceeded hydropower as the U.S.’s top source of non-nuclear renewable electricity capacity. There are 82.2 gigawatts installed now with another 10.4 gigawatts currently under construction.

In the United Kingdom wind power provided 11.5% of generation in 2016; more than coal.

China is installing more than one wind turbine every hour and has 92,000 in total. It has double the capacity of the U.S. See bbc.com photo of turbines in China.  It is becoming a global leader in combatting climate change. 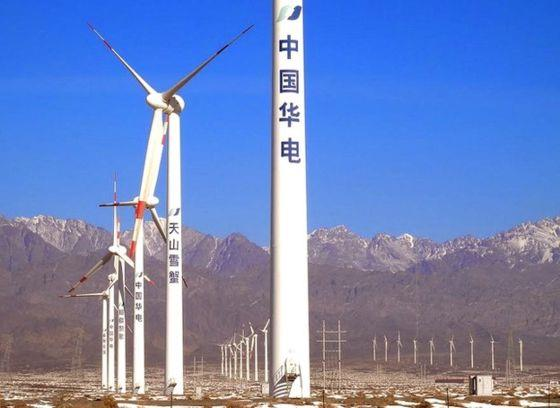