We frequently hear or read the word “alarmism”, when global warming, climate change or climate science is being discussed and it is interesting to note its meaning. Wikipedia states: “Alarmism is excessive or exaggerated alarm about a real or imagined threat” and also “...where reports sensationalize a story to exaggerate small risks.”

One definition of “realism” is: “the attitude or practice of accepting a situation as it is and being prepared to deal with it accordingly.”

Let’s digress for a moment and think of a layer cake of sorts: the ocean.

Oceans cover about 70% of Earth’s surface to an average depth of 12,100 feet. In a peer reviewed article in the journal Nature Climate Change [published on-line 1/18/16], the authors Gleckler et al. show that the oceans have absorbed about 90% of the excess heat energy retained by greenhouse gases; primarily carbon dioxide from the combustion of fossil fuels. Indeed, the oceans to a depth of over 2,300 feet, have absorbed in the last 18 years, an amount of energy equal to that of the previous 132 years.

A recent article in the (Plattsburgh, NY) Press Republican, 1/19/16, states that thisrecent amount of “man-made heat is equivalent to a Hiroshima-style bomb being exploded” four times every second for 19 years.

Now for the upper layer of this part of our climate system: the El Niño event currently underway and that occurs every 2 to 7 years. These events bring unusually warm surface waters to the west coast of North and South America. See the NOAA global map “Land & Ocean Temperatures ... Jan-Dec 2015.

With record warm ocean temperatures, and a particularly strong El Niño, the trigger is set for extreme weather events to occur worldwide.

First we find that 2015 was clearly a record year for surface air temperatures. Five different data sets all agree, and the “GISTEMP Global Temperature Anomaly” shown here is representative. 2015 is by far the warmest year in the 136 year temperature record.

With all of this energy available, weather events can now flex its muscles globally. Let’s look at just a very few recent weather events that have occurred around the globe.

In mid-December extensive flooding caused by very heavy, extended rains occurred in Ireland, central England and Scotland. A Getty Image here shows flooded streets in a town in central England. This was then followed by a “WeatherBomb.” A new term to American ears perhaps but one which describes the storm striking England with “Hurricane force winds” of 120 mph and more rain just before New Year’s Eve 2015. 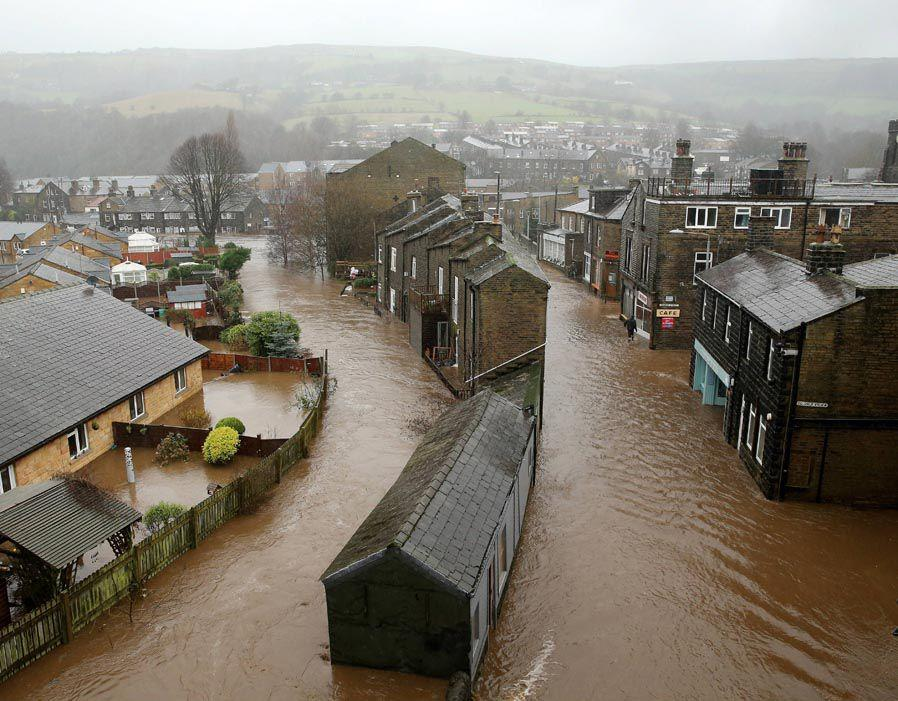 This was part of a record low pressure system in the North Atlantic that pulled warm, moist air from the tropics north and brought rain to the North Pole itself. It raised the temperature at the North Pole above freezing, some 50 or more degrees warmer than normal. This rain was an unprecedented event. Incidentally the North Pole has not seen the sun since September making this even more of a rarity.

And there is a lot more.

Severe weather with tornadoes, blizzards, heavy rains up to 12 inches, and floods struck the middle section of the U.S at the end of December 2015 causing significant loss of property and life. Tornadoes this late in the year are very uncommon.

And then we had the most significant heat wave on record for Christmas Eve. The heat extended for 1,500 miles from South Florida to the northeast U.S. It was described, in non-technical jargon, as a “blowtorch” weather pattern. It hit 68° F in Burlington, VT an all-time high December record for that location. NYC hit 71° F, also a record for that date. See Climate Reanalyzer western hemisphere map showing the heat wave in the eastern portion of U.S. 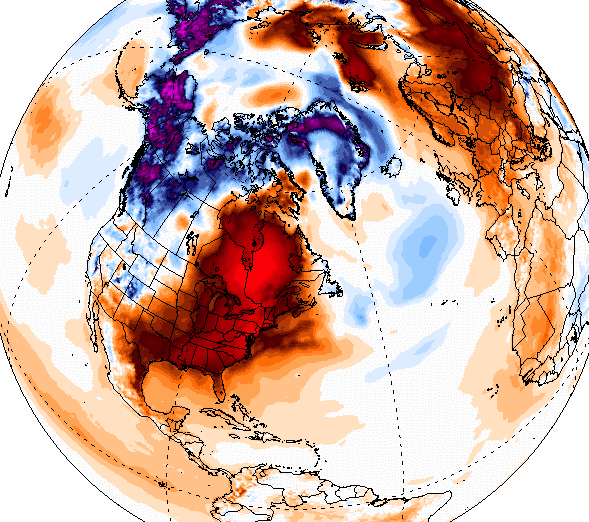 In the Pacific Ocean Typhoon Melor struck the central Philippines with rainfall amounts of up to 34 inches. Estimates are that over 1.7 million people have been displaced.

Record flooding along the Mississippi River, thousands of peat fires in Indonesia, major storm Jonas in mid-January with snowfall amounts of up to 40 inches in the eastern U.S., are just a few of the other recent extreme weather events.

Realism? Alarmism? You decide. But still, it is happening.