Menu
You are here: Articles2015 ICSUSA ARTICLESJuly 2015 - Permanent Press and Permafrost: Are They Really Permanent?

Permanent Press and Permafrost: Are They Really Permanent?

Ruth R. Benerito, who died 2 years ago at the age of 97, was an American chemist and inventor known for her work in the textile industry and permanent press fabrics. Using chemistry, she found a way to link the long fibers of cotton together, called cross-linking, which led the way to “the development of wash-and-wear cotton fabrics” [Wikipedia]. With 55 patents to her name, she saved families an enormous amount of time from ironing. And yes, the cross-linking process is pretty long-lasting.

However, for Permafrost, it is a very different and more complicated story. Its definition, in part, from the International Permafrost Association is, “ground ... that remains at or below 0 degrees C for at least two consecutive years.” At the height of the last glacial epoch, about 20,000 years ago, after tens of thousands of years of sub-zero cold, permafrost formed to a depth of more than 2,100 feet in some polar areas. So in this sense, permafrost has been “permanent” for some time.

Permafrost results from an uneasy balance of heat coming from deep in the Earth, together with a cold atmosphere pulling heat from the ground. The colder the air above the ground the deeper the frost will penetrate.

Since the late 1800s, Russian scientists have been the first to study this “frozen ground” to aid development of Siberia and their northern lands. They dug their first shaft, or borehole, in 1836 and found permafrost in Yakutsk, at the deepest they reached, about 330 feet.

Since then, many other scientists have continued these studies in northern Alaska, Canada and Scandinavia. Let’s look at the graph titled “Temperature Profiles” from www.e-education.psu.edu/earth103/node/665.

The vertical axis [on left] shows the temperature changes with the “1880 Profile” set at 0 as the starting point. The horizontal axis shows the “Depth Below Surface (m)” in meters. Now note the “2010 Profile”. The temperature has increased 2.6 degrees at the surface in the borehole since 1880 [but is still belowfreezing]. As we follow this 2010 curving line the temperature difference between 1880 Profile and 2010 decreases but 2010 is still higher down to a depth of about 120 meters [~400 feet].

This is a clear indication that recent air surface temperatures are increasing significantly and the warming effect is being transmitted down deep into the permafrost. In addition, other recent decades also show this same warming effect from the 1880 Profile line.

Earth is speaking to us: Loud and clear.

The data clearly show our planet is warming with the largest changes in the last several decades.

The implications of thawing permafrost, and the slow release of enormous quantities of trapped methane gas, a powerful greenhouse gas, will occur over, and be felt for, centuries.

Same story: our planet is warming. 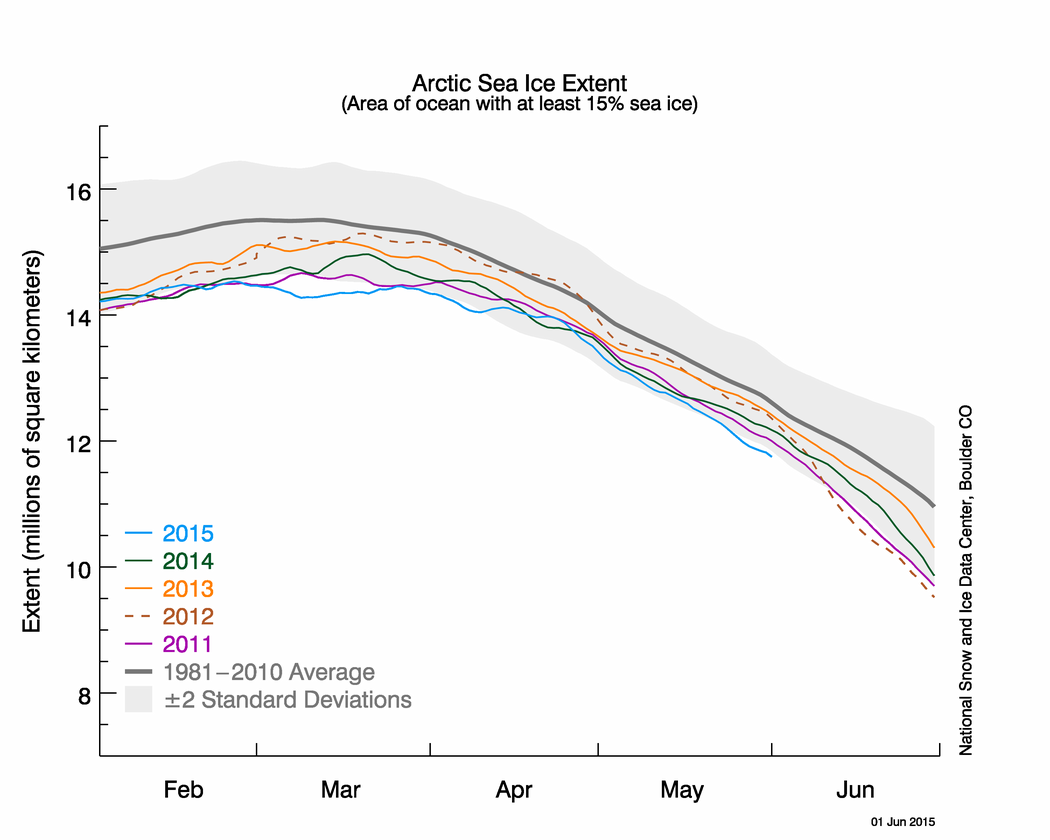 The physics tells us it is the greenhouse gases that are primarily responsible for this warming.

Some nations, such as China, are keenly aware that burning fossil fuels and releasing enormous quantities of carbon dioxide are both a health issue and contributes to global warming. They are undertaking a massive program to address this. The map [BP Statistical Review of World Energy 2015] labeled, “Renewable power generation around the world” shows the electricity generated in 2014 in thedifferent counties in terawatt hours [TWh]. China is clearly in the lead having generated 1,299TWh which is more than twice that generated by the U.S. [549TWh]. Brazil, Canada, Norway and Germany also generated significant amounts of renewable energy. 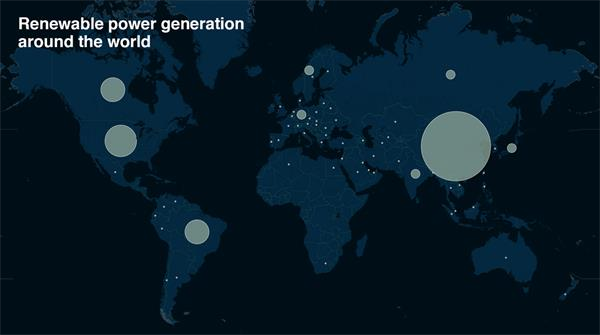 Nature, however, is responding to the planet’s warming with more weird and extreme weather events.

Take the floods in Tbliisi, Georgia in mid-June 2015 as one example. It was a perfect storm. After hours of heavy rainfall, a landslide with more than 1,000,000 cubic yards of mud dammed the Vera River. The resulting floods killed more than 20 people and destroyed the zoo with its 600 inhabitants. More than half the animals were lost but this hippopotamus [AP Photo] was a weighty survivor.