The original “Mission: Impossible” was a popular TV series from 1966 - 1973. The basic premise is that a small team of special agents was given an extremely difficult task to accomplish, should they choose to accept it, in limited time with instructions that soon self-destructed.

Perhaps in a similar fashion this is what we all face today: a very important mission. We have the information [but it will not self-destruct], we know what we have to do, but, most importantly, can we muster the will to make the necessary changes in order to succeed.

The changes, of course, are our need to move away from fossil fuels replacing them with renewable energy sources as quickly as possible.

Every person, every family on this planet has a budget; be it food, water, housing, money.

Similarly, our civilization also has a budget. It’s none of the items above; it’s carbon dioxide [CO2]. There is general scientific agreement that the total carbon dioxide budget we can expend is 3200 gigatons of carbon dioxide. [One gigaton equals one billion metric tons.] This is all we can spend to keep Earth’s temperature from exceeding 3.6 degrees F., a limit beyond which climate change will bring about enormous disruptions.

Exceeding this amount will impoverish us all. The climate of the future, already different today, will be much different from what we have known in the past. Earth’s average temperature has already increased ~1.8 degrees F above the recent long term average.

Estimates indicate we have already spent about 2/3rds of our carbon budget. Growing economies worldwide will consume the remaining 1/3 in about the next 20 years. At that point our global emissions must fall to zero. Yes, zero. Our carbon allowance is now gone.

The curve with “Cumulative CO2 emissions...” on the vertical axis, and years “1960” to “2050” across the bottom axis highlights the timing and challenges we face. At our current 2014 emissions rate we will use up our budget in 30 years.

Hopefully a new global Climate Change treaty will be signed in Paris next year that commits countries to reduce their carbon footprint which would take effect in 2019. Only 22 years would then remain for us to drastically reduce our carbon emissions before the CO2 budget is exceeded.

Most of the carbon from the burning of fossil fuels will remain in the climate system [air, water, land] for many millennia [PLOS Vol. 8, December 2103]!

Some progress is being made.

The U.S. map, supplied by Union of Concerned Scientists, labeled “Utility Power Generation ...,” shows that 29 states and the D.C. have renewable energy standards requiring that somepercentage of electricity comes from renewable sources. 17 states have targets of 20% or more with a 30% goal for NYS by 2015.

The southeastern U.S. states are noticeably lagging behind the rest of the country. The large Swiss investment bank, UBS, has just issued a report stating that large-scale, centralized electricity generation from fossil fuels could become irrelevant within the next two decades in Europe. It states, “Power is no longer something that is exclusively produced by huge, centralised units owned by
large utilities. By 2025, everybody will be able to produce and store power. And it will be green and cost competitive, i.e., not more expensive or even cheaper than buying power from utilities.”

The report anticipates that a combination of solar power, battery technology, and electric vehicleswill render these large fossil fired units obsolete. They predict that the price tipping point will arrive at about 2020. The illustration labeled “Figure 15: ...” shows how the “daily supply profile can be (almost) perfectly matched” relative to consumption. Some fossil energy from the grid would be used to plug small holes primarily in the early morning.

Meanwhile, according to IPCC 2013 Report: p. 1229, “The strongest effect of climate change on monsoons is the increase in total monsoon rainfall associated with the warming of the atmosphere...”  Indeed, in early September 2014, a 6 day rain event [>8 inches] killed hundreds of people in northern Pakistan and India with hundreds of thousands displaced.

The following two photos put a face on what climate change can mean [Jammu and Srinagar, India.] 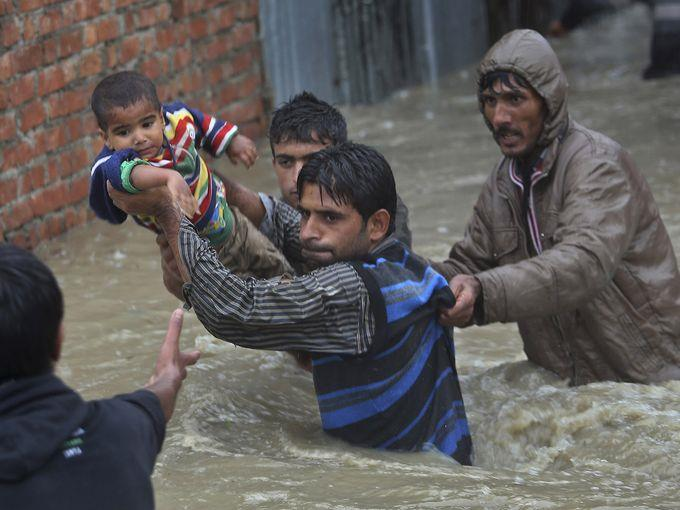 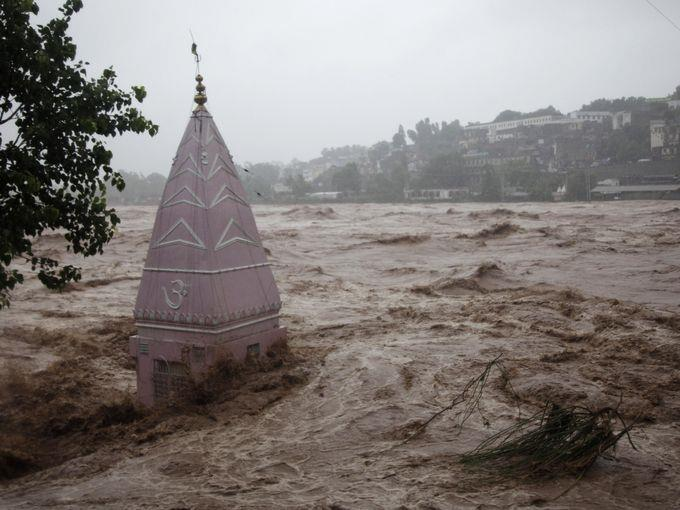