What in the world is Y2K? Those of us of a certain vintage can remember living through the change of the millennium and all of the information technology [IT] concerns that came with it. Y2K is the abbreviation for “Year2000”. So what was the big deal anyway?

In the later 1990’s, computer scientists and IT specialists were unsure what would happen when the millennium occurred, and the year went from 1999 to 2000 or “00”. Would all of the nuclear and conventional power plants controls, the IRS computers and Social Security, indeed the underpinnings of modern civilization, go crazy with unforeseen consequences?

So began an almost unprecedented global effort to address these concerns. Before this effort was over, more than 1⁄2 trillion dollars had been spent by companies and governments worldwide. When the clock turned over on January 1, 2000 there were few problems, and the world carried on as before.

Farhad Manjoo published an article [7/20/17; The New York Times], titled, “How Y2K Offers a Lesson for Fighting Climate Change.” His point is that this approach could also be used to address climate change.  As big a problem as this may be, it is solvable. The actions needed are known [reduce greenhouse gas emissions], the data are freely available [NOAA, NASA, IPCC], and when what needs to be done is known. See graph, “Carbon Crunch.” 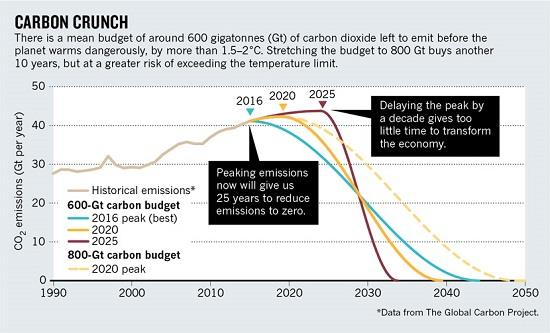 But if we delay until 2025 for emissions to peak, then we have an almost impossible task. We would have to transform the global economy and bring emissions to ZERO in 10 years to avoid the worst effects of climate change. 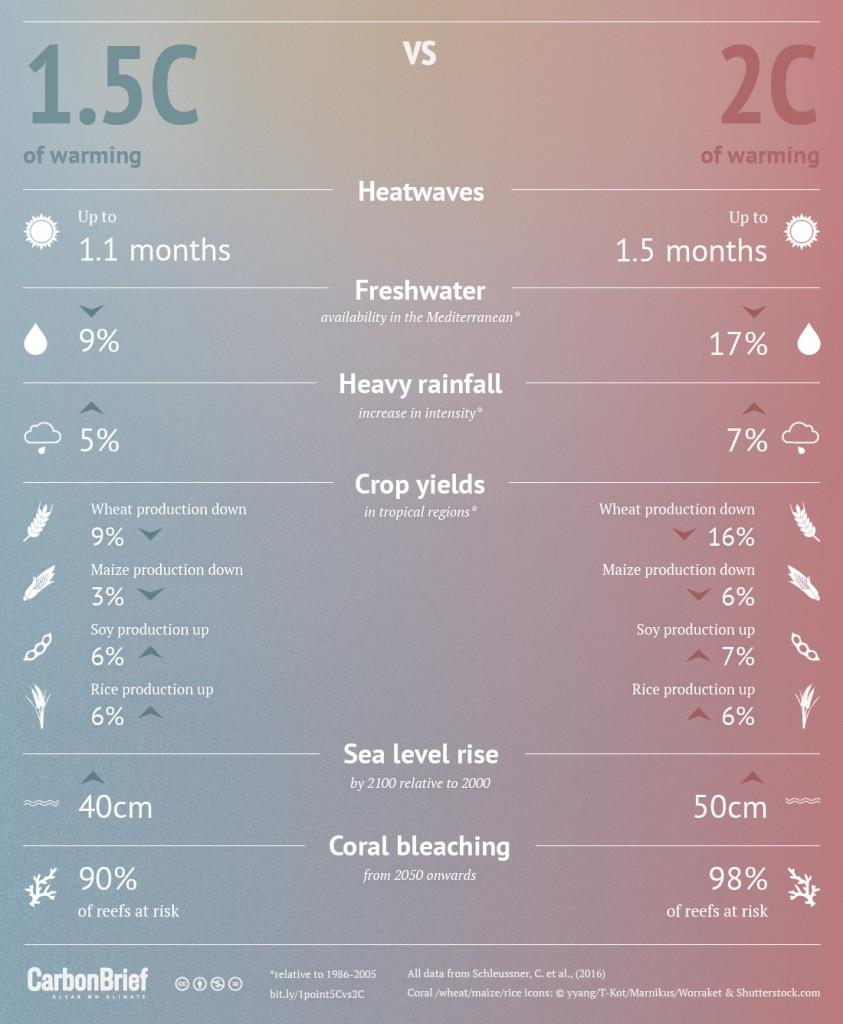 Leaders around the world know this. Their representatives at global climate change meetings sponsored by the U.N., and at major scientific meetings on this topic, have brought this information home.

See graph “Global Temperature in Holocene...” that illustrates where we are today temperature-wise, compared to the past 11,700 years, and where we are heading. Not good. 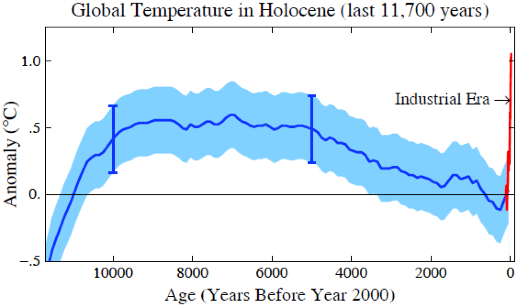 Many of these leaders are now taking steps to address, and reduce, these greenhouse gas [GHG] emissions. They see the problem; they know what the solutions are. Let’s look at some of these initiatives and actions recently announced.

RGGI: a nine state coordinated effort since 2005 to reduce GHG’s. 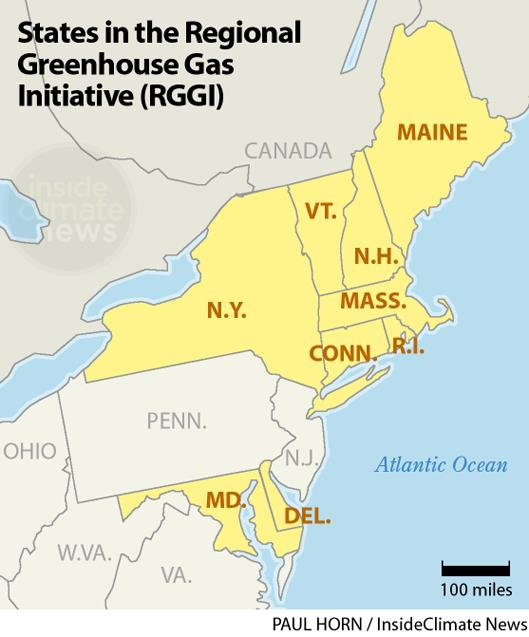 Scotland: wind power for June produced over 1 Million MWh of electricity for the Grid. This meets the needs of 118% of Scottish households.

France: announced that it wants to end sales of new diesel and gasoline cars by 2040.

Norway: set a goal of 2025 to end sales of diesel and gasoline cars.

India: Prime Minister Modi, a leader in battling global climate change, in late 2016 pledged to meet 60% of India’s electricity needs with renewables by 2030.

South Australia: a huge $1 billion solar farm and battery storage installation will be operating by year end. It will have 3.4 million solar panels and 1.1 million batteries.

Britain: recently the government pledged to end the sale of all new gasoline and diesel cars and shift to electric cars by 2040.

Germany: discussions are underway for banning the sales of new diesel and gasoline cars, especially in cities, from 2025, 2030, and 2040.

Will this transition be easy? No. Could vested interest groups derail and delay these initiatives? Yes.