Earth’s changing climate, primarily caused by the combustion of fossil fuels and resulting carbon dioxide emissions, has brought artists working in all media to express in their own way what is happening to Earth’s climate systems right now.

One of these is Sean Yoro. He uses a paddleboard to explore different ice floes in Arctic waters. When he finds the right chunk of ice he gets out onto the iceberg with his paint and brushes, and creates his art. Few people will see his art as they slowly melt into the surrounding sea water. The melting glacier in the background adds to the immediacy of his work. 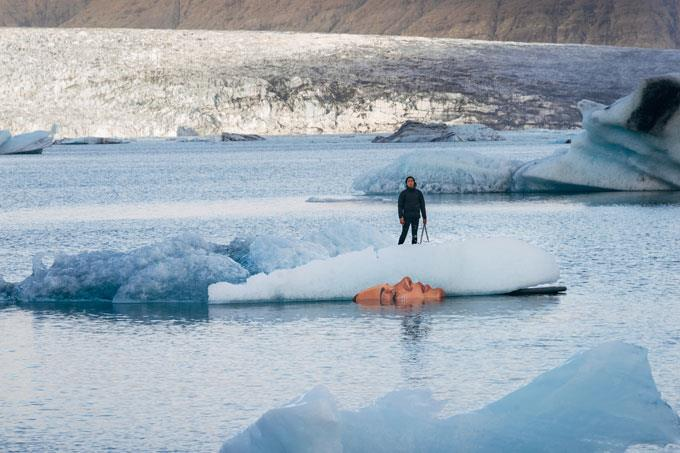 The photo here of the ice floe with the painted sleeping woman’s face, courtesy of Hula Studios, suggests the urgency of climate change and the loss of ice. According to Yoro, ”I kind of get used to my pieces having this life span. It’s almost a meditative thing where I create the piece and have it for that moment before I’ll let it go.” A photographer accompanying him captures images of his art.

The graph, “Average Monthly Arctic Sea Ice Extent” from the National Snow and Ice Data Center [nsidc.org/arcticseaicenews], clearly supports Yoro, and documents the loss of about 2 million square kilometers of sea ice over the past 39 years. 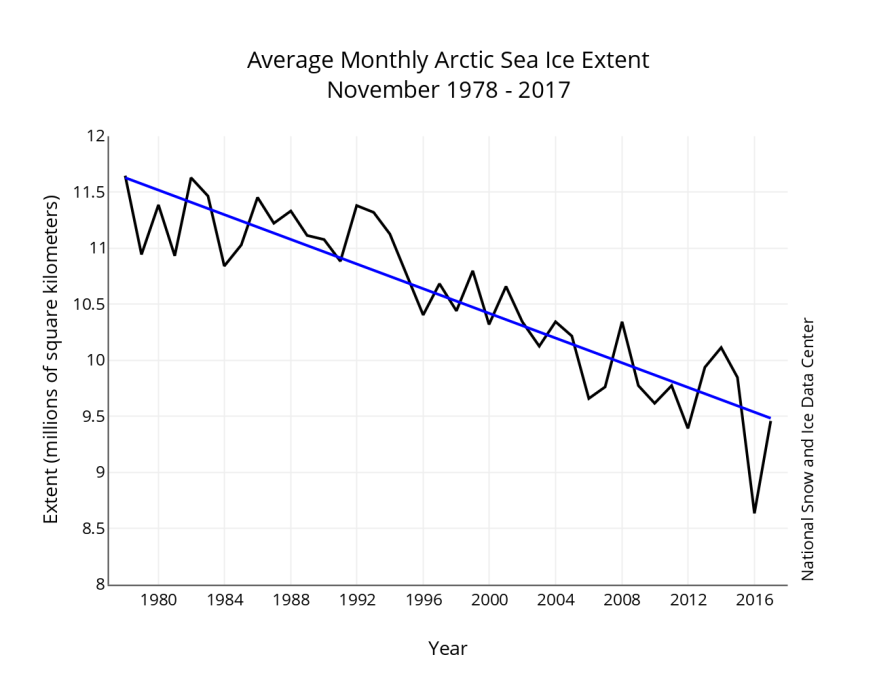 The unhealthy, filthy air in Beijing, New Delhi, and in many other cities around the world caused primarily by the burning of coal, has inspired many artists to protest and in the process, create art.

The Chinese artist Liu Bolin in Beijing did not set out to make art about polluted air but it came to him anyhow. He decided to make himself disappear in a project he called “Hide in the City.” He wore a mask, attached 24 smartphones, 12 on each side of an orange vest, and began live-streaming his walks about the city. 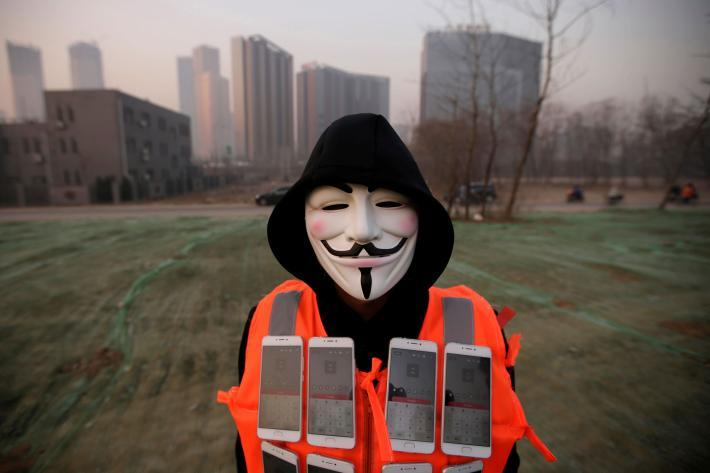 The intent was to broadcast live to a wide audience the polluted air he and tens of millions others are forced to breathe. There are many on-line images [see photo] of him walking around Beijing doing just that.

During an especially bad period of coal-fueled “airpocalypse” in northern China, when air levels of Particular Matter 2.5, particles less than 2.5 micrometers in size [PM2.5], were more than 40 times the level the World Health Organization [WHO] considers safe, another performance artist [activist] decided to act.

Wang Renzheng, who calls himself “Nut Brother”, stood in traffic with an industrial vacuum cleaner for 4 hours a day for 100 days to make a statement about the environment. The photo here [anonhq.com/Chinese-activist] is of him standing in traffic holding up the vacuum wand collecting dust particles. He then transformed “them into a dark brown ‘smog brick.’” 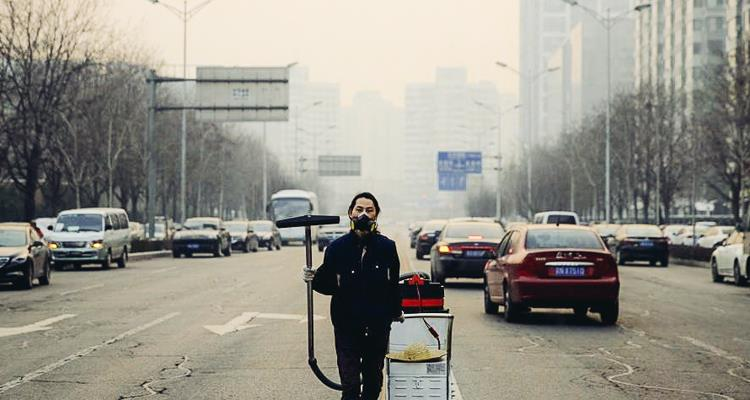 There are more examples, lots more.

Artists all over the world are expressing their concern about climate change from their own experiences and in their own individual ways.

Jill Pelto, a watercolorist and scientist, graduate of the U. of Maine, has created a number of evocative pieces. Her intention is to communicate scientific research through art. She uses “real data about rising sea levels, glacier volume decline, increasing global temperatures” and more to show “the interconnectedness of our planet’s natural resources”. Her website [www.jillpelto.com/gallery/] has more images to enjoy.

Some of the data she incorporates directly into her paintings such as human caused CO2 emissions are at new highs. See, rising levels of “Atmospheric CO2 at Mauna Loa Observatory,“ from NOAA.

Poets are also contributing to the dialog. The poem here, “Still Life with Sea Pinks and High Tide” by Maura Dooley, with accompanying sea shore photo, was selected by UK poet laurate Carol Ann Duffy, and published in 2015 in the Guardian newspaper. It was one of a series of twenty poems on the theme of climate change. All of these are available on-line for reading and listening. [Google: Guardian, poems, climate].

Thrift grows tenacious at the tide’s reach.
What is that reach when the water
is rising, rising?

Our melting, shifting, liquid world won’t wait
for manifesto or mandate, each
warning a reckoning.

Ice in our gin or vodka chirrups and squeaks
dissolving in the hot, still air
of talking, talking.