Now, one image you may have of a guard dog is one who “guards”; your house, your person, your farm animals, and so on. However guard dog also has another meaning: guarding the status quo, resisting change, resisting anything that might cause one to have to change ones habits or adapt to something new.

Meanwhile, there is a barn in the back of the house with the doors wide open, brimming with new ideas, products, services and technology emerging. These cannot be kept inside by any guard dog although attempts are being made to do so. For example, the American Legislative Exchange Council [ALEC] is working with some businesses, including coal companies, and some politicians, to make it difficult to move to renewables [wind and solar] to generate electricity.

Indeed, our president recently stated that the noise from wind turbines causes cancer although there is absolutely nothing to support this idea. He also stated that wind power is inordinately expensive when in fact in much of America it is now the cheapest source of electricity [www.politico.com/2019/04/29/trump].

And there are many more examples we see in the press every day that attempt to confuse the public and “guard” the status quo: renewables are too expensive, our taxes will go up, are unsightly and so on.

But, with the barn door wide open these changes are happening anyhow, because they make economic sense, reduce pollution and are good for the climate.

As these renewable technologies continue to develop and become a growing and larger portion of our energy mix, they will reduce our carbon dioxide [CO2] emissions and help address climate change caused by this greenhouse gas. 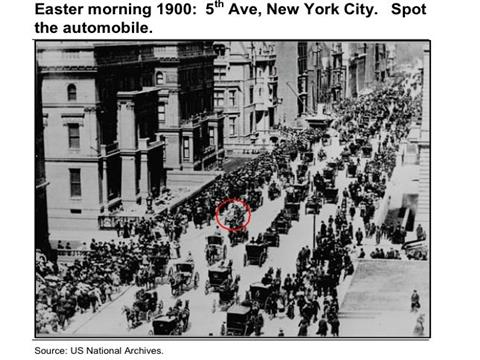 In an earlier era we have one example where a major change happened in just over a decade. Tony Seba in his book, ”Clean Disruption,” uses the example of horse drawn carriages and the transition to automobiles. In one of his talks he shows two photos. The first photo from 1900 in on 5 th avenue in NYC and one can see only one car [circled] in a sea of horses.

In his second photo and only 13 years later, this view of 5 th avenue looking north in NYC indicates that this transition is virtually complete. No horses seen here: just automobiles. Just for a moment consider the disruption this had on horse breeders, stables, leather workers, veterinarians, feed stores, farriers and more. In a similar way this kind of a major transition is where we are heading today. The changeover from fossil fuel combustion to renewables is happening regardless of the “guard dogs’. 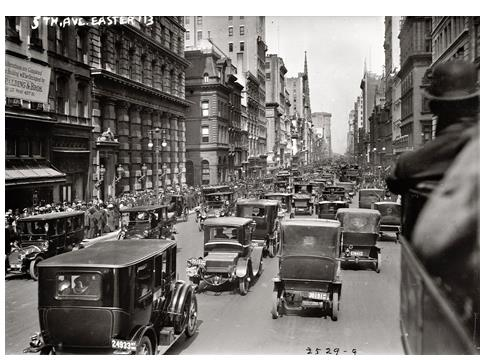 And this is happening not a moment too soon. 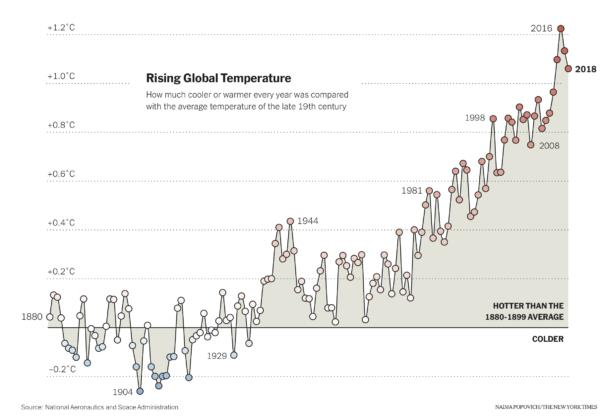 This graph labeled “Rising Global Temperature” is from NASA [National Aeronautics and Science Administration]. The zero degree baseline is the average temperature for the 1880-1899 time period. Allindividual years are measured relative to it. The sharply rising global temperatures since the 1970’s with an acceleration starting in the late 1990’s is clearly evident, with the last 5 years the warmest in the temperature record.

The University Of Arizona recently issued a landscape image pointing out 11 parameters for which the data all point to a warming climate and climate change. As one reviews each of these issues they call to mind headlines that appear in the media on these very same topics. 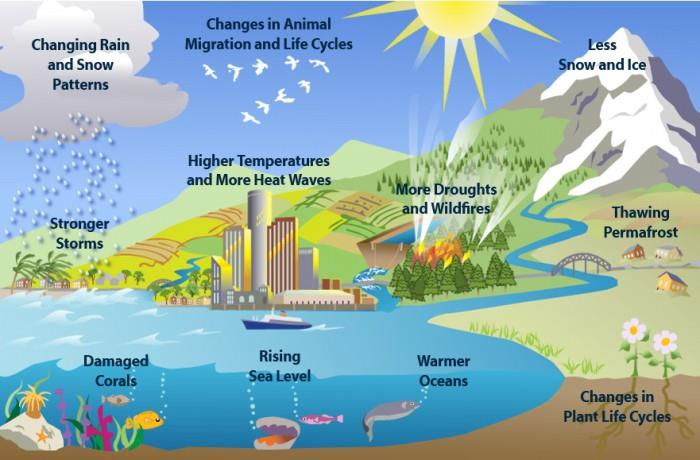 Harbour Air just happens to be the world’s floatplane-only airline. See photo of floatplane. The airline is switching to become an electrically powered airline. It “will be the first seafaring airline to convert its” whole fleet to electrical propulsion and electric batteries according to the Vancouver Sun. Founder and CEO Greg McDougall said: “If you think about it, it’s the evolution of transportation toward electric propulsion. The internal combustion engine is all but obsolete, really, for future development. It’s all about electric.”This is no small feat. It involves converting all of its 41 aircraft, which includes its de Havilland Beaver, Otter, Twin Otter and Cessna aircraft, to electricity. The airline carries some 500,000 passengers annually, with daily scheduled flights, in the Vancouver/British Columbia/Washington State area so this is a major transition for this business. This migration is intended to improve efficiency and reduce maintenance costs. This tells you a lot about the state of battery technology and that a tipping point is near in terms of moving away from the internal combustion engine. 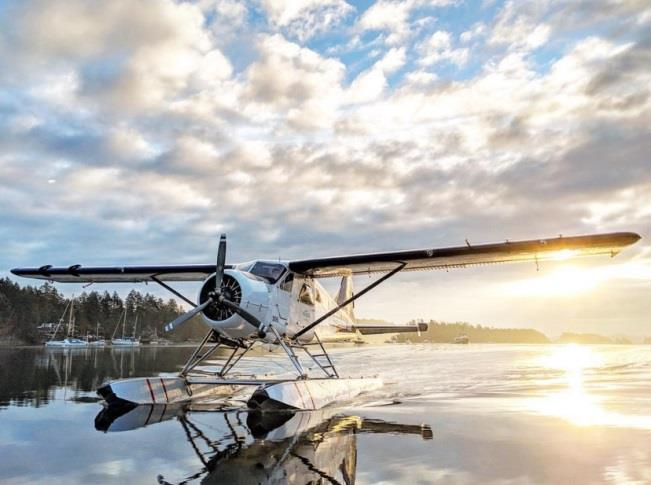 Hang on for the upcoming transition!