Menu
You are here: Articles2021 ICSUSA ARTICLESJanuary 2021 - We Have a Climate Emissions “Gap” Problem but Solutions Exist

We Have a Climate Emissions “Gap” Problem but Solutions Exist

A classic phrase, “Mind the Gap” has a new meaning according to a recent meeting of the UN Environment Program [UNEP]. The three word phrase was first used on the London Underground [subway] in 1968 [Wikipedia] and is still used today. It was intended as a safety announcement for passengers to watch out for the gap between the door of the railway car and the station platform when entering or exiting the train. The phrase is now used in transit systems worldwide.

In the recent context the phrase is used to highlight the “emissions gap” between commitments to reduce carbon dioxide [CO2] emissions by the nations who signed the 2015 Paris Climate Agreement and what is actually needed to keep global temperatures from exceeding +1.5 degrees Celsius. These are called Nationally Determined Commitments [NDC’s], and are voluntary.

The UN Report released in December 2020 clearly shows that these emission reduction commitments need to be ramped up. The UN Secretary-General Antonio Guterres urged policymakers to improve their pledges before the 2021 climate summit in Glasgow next fall.

The issue in a nutshell: to meet the 1.5 degree goal, total global annual CO2 emissions in 2030 must be reduced to less than 25 gigatons [Gt]. NOTE: one gigaton equals 1 billion tons.

However, current NDC pledges for reducing global CO2 emissions by 2030 are at 53-56 Gt per year. Thus we have this huge “emissions gap” of ~28-31 Gt. This latter number reflects the challenges world leaders face to reduce emissions significantly in order to meet the 2030 CO2 emission target of 25 Gt: and they have 10 years to do so.

However, there are many paths forward: let’s take a look at one of them called Dogger Bank.

Yes, there is such a place as Dogger Bank. It’s in the North Sea between the northeast coast of the United Kingdom and Denmark. The Sea is quite shallow in this area and during the last ice age was land inhabited by early peoples. Fishermen occasionally pull up in their nets, even today, artifacts from that time 10,000+ years ago.

Equinor and SSE Renewables announced in late November 2020 that the $8 billion in financing had been completed and involved 29 banks, government agencies and other institutions. This gives one a sense of the complexities associated with a project of this magnitude.

This will be the world’s largest offshore wind farm, and the initial two phases will consist of 190 GE Haliade-X turbines, each rated at 13 megawatts [MW]. These are enormous structures about 853 feet tall and each blade will be about 350 feet long [longer than a football field]! Construction of this 3.6 gigawatts [GW] project will begin in 2023 with all three phases complete by 2026. See photo from theguardian.com of the enormous hub of this GE turbine. 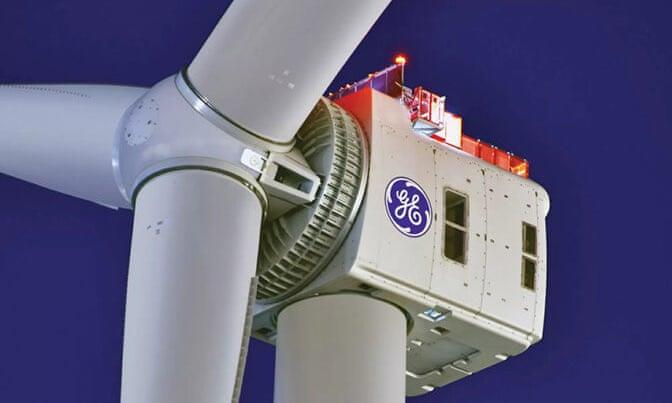 Prime Minister Boris Johnson of the UK announced in October 2020, “We believe that in 10 years’ time, offshore wind will be powering every home in our country, with our target rising from 30 GW to 40 GW. You heard me right.”

Because of the low cost of electricity generated by wind the U.S. also has ambitious goals. In 2020 on-shore wind farms were either completed, under construction, or in planned in Texas, Minnesota, Kansas, Colorado, Missouri, Nebraska and more, totaling about 25 GW. The U.S. now has about 110 GW total wind power capacity. And this does not include installation plans for off-shore wind along the east coast.

Note the photo of an illustration of earth’s surface with the strata below containing pipes. 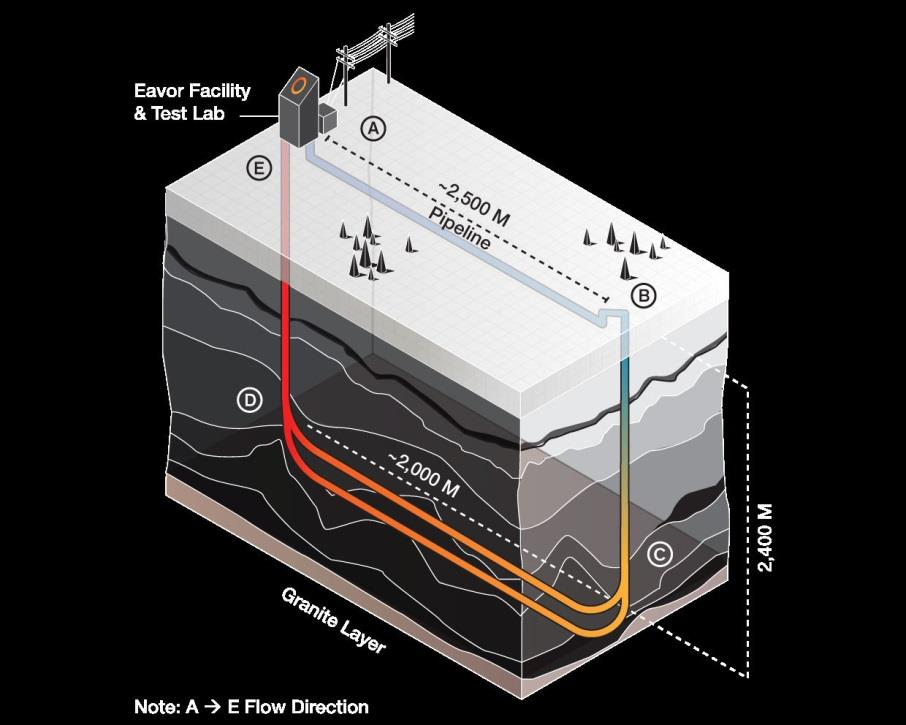 The illustration is from an article, 22 December 2020, by Yale E360, “Can Geothermal Play a Key Role in the Energy Transition.” The take away message is, yes. Underneath Boise, Idaho a river of water at 177 degrees Fahrenheit flows some 3,000 feet below. Since 1983 the city has been using that hot water to heat homes, businesses and city hall itself, totaling about 1/3 of downtown.

The generic illustration shows a vertical bore-hole down to a depth of 2,400 meters [~7,900 feet]. It then moves horizontally, through strata that are heated by the Earth’s molten core, for about 2,000 meters [~6,600 feet] before returning to the surface. It is basically a closed loop system. Water or some other fluid pumped through this bore-hole loop carries the heat to the surface to be used.

The issue at this time is cost which depends on the geology, depth and engineering complexities involved. Costs have been dropping significantly and more government sponsored research is needed. The capital costs are high initially but annual costs thereafter are low making this a very attractive long term source of energy.

And then of course we have the emissions-free energy of youth. See photo of Greta Thunberg taken on October 9, 2020 in front of the Swedish Parliament in Stockholm.

Precautions due to COVID-19 have limited the global rallies and marches but not the fervor and commitment. We can expect to see these activities pickup as the vaccines begin to control this pandemic, as the youth, and some elders, continue to present this existential climate crisis to our leaders for them to take action. 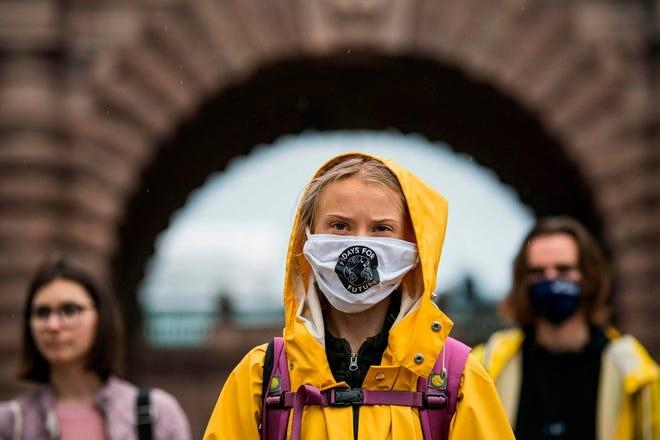 And finally, we must remember that, “An absent dog does not bark.”

An African proverb and as applied today demonstrates the need to keep climate change issues front and center and not be distracted by other events [Columbia Journalism Review, April 2020].