Kathy Jetnil-Kijiner, 30, is a native of the Marshall Islands in the western Pacific Ocean. This country of ~53,000 people is spread out over 1,159 islands with most of the population on 29 coral atolls. [Wikipedia]. As a poet, Kathy writes about sea level rise, and the damage to homes, businesses and their way of life. Most of the islands are only a few feet above sea level. With very little total land area it has a significant population density per square mile.

By contrast, we have the island of Greenland. This island is the largest non-continental island in the world. It is huge! It also has a similar population to that of the Marshall Islands; about 56,000. Height above sea level is not a problem for Greenland with its highest point some 12,000 feet above sea-level. In the 1990’s scientists drilled through almost 2 miles of ice in central Greenland and obtained ice-cores that have given us climate history going back over 100,000 years. [Book: The Two-Mile Time Machine by Richard B. Alley.]

Here we now have another poet and climate activist, a 23 year-old Greenlander named Aka Niviana. As the ice thaws and melts, Aka senses that her traditional way of life is disappearing. As the ice-melt pours into the ocean from the island glaciers, and ice-cap, and raises sea-levels, the impact on Kathy’s way of life in the Marshall Islands is also disappearing. 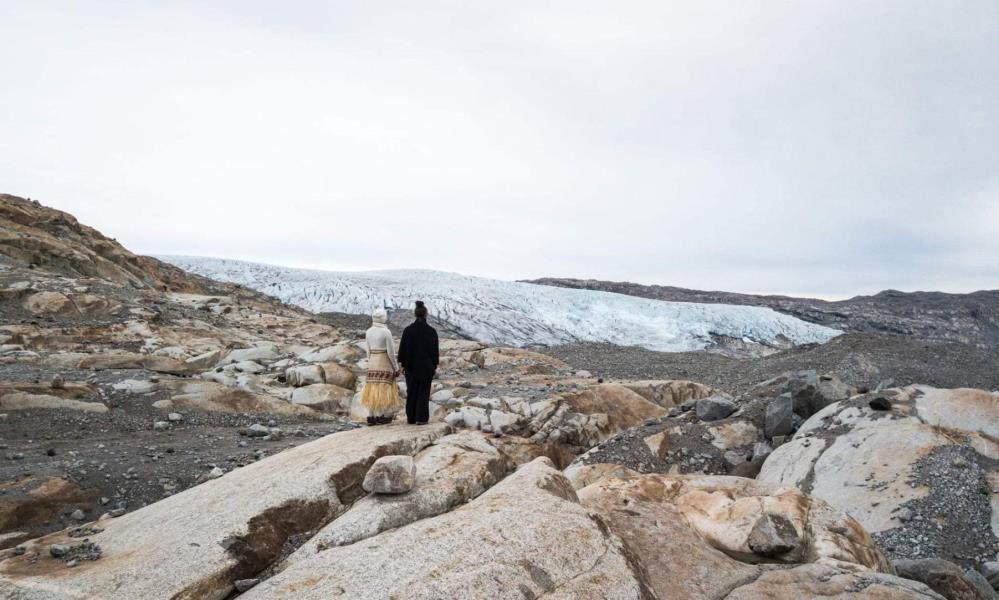 We need to look at the graph from NASA “Satellite Data: 1993-present” to see what is happening. The relentless rise of the oceans over the past 25 years is clear and shows no sign of slowing up. Indeed the rate of rise in millimeters per year is increasing. This satellite data were preceded by tidal gauge data going back another 100 years, and while more variable, showed a similar but slower upward trend. 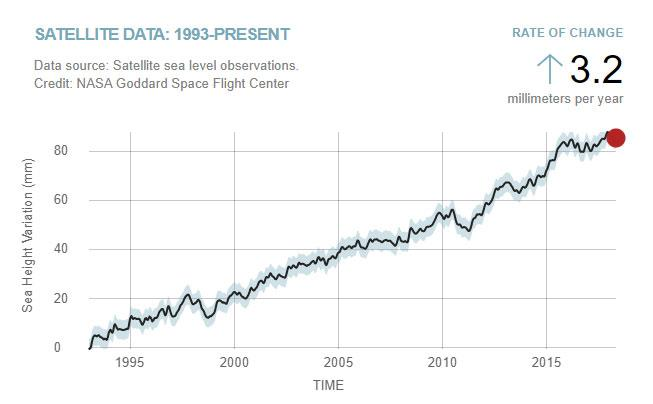 Thus, we have this climate link, this connection, between these two poets a half-world apart

In his inimitable style and articulate fashion, Bill McKibben writes in September 2018, The Guardian, about this meeting between east and west, high elevation and low. Mr. McKibben wrote the first book on Climate Change in 1989, “The End of Nature,” and also co-founded 350.org.

Note the photo of Bill McKibben, and the two poets [Kathy- left; Aka- right], in Greenland last summer, from The Guardian article. 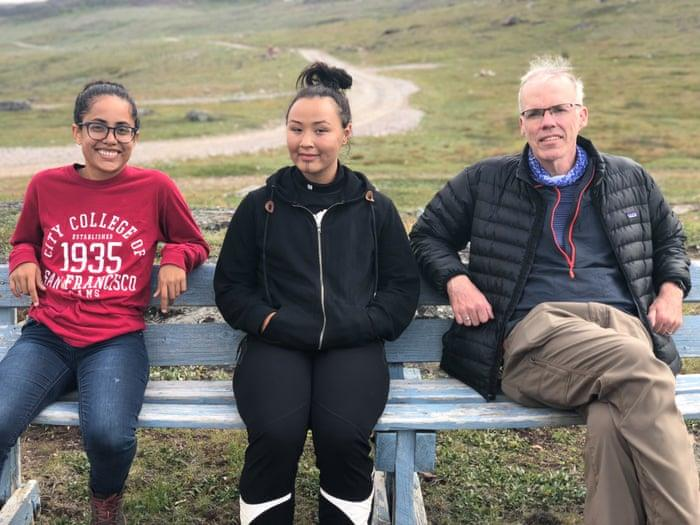 The intent is obvious. To get two thoughtful people together, representing two diverse cultures, which are experiencing first-hand, ice melt and sea-level rise caused by climate change, to collaborate on a poem together would make a powerful statement. And they did just that. The excerpt below is from that poem, “Rise.” The whole poem, and a six minute video of the two women narrating it, can be found on-line. It is a worthwhile ‘listen’.


Excerpt from Rise by Kathy Jetnil-Kijiner and Aka Niviana
......
Sister of ocean and sand
Can you see our glaciers groaning
with the weight of the world’s heat?
I wait for you, here,
on the land of my ancestors, heart heavy with a thirst
for solutions
as I watch this land
change
while the world remains silent.
.......
We demand that the world see beyond
SUV’s, ac’s, their pre-package d convenience
their oil-slicked dreams, beyond the belief
that tomorrow will never happen, that this
is merely an inconvenient truth.
......
that life in all forms demands
the same respect we all give to money
......
And that each and every one of us has to decide
if we
will
rise


The artist Ricardo Levins Morales has also addressed this issue of sea-level rise. His drawing of a people trying to hold back the sea, and the waves that threaten their community, copied here, is titled “Stand With Frontline Communities ...” An on-line search of his work reveals a talented artist addressing climate justice and many other social issues of our times. 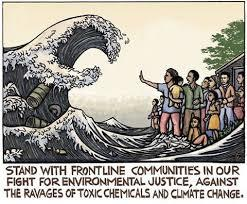 This melting of ice and resulting mass loss in Greenland is not confined there. Data from the World Glacier Monitoring Service [WGMS] indicates that 2018 will be the 30 th consecutive year of significant ice-loss for 25 reference glaciers in 13 countries around the world. Only one glacier had a positive mass balance meaning that more snow/ice accumulated than melted.

Indeed, a gruesome story was in the news this week concerning Mt. Everest. Over the many decades of attempts to climb the worlds’ highest peak many have died in the attempt and their bodies never found or recovered. No more. Melting ice has exposed the bodies of many of those lost creating a dilemma for the families and authorities as to how to proceed.

Jill Pelto, a talented artist who has appeared here before, illustrates this glacial melt and ice loss over time, in another of her paintings shown here. 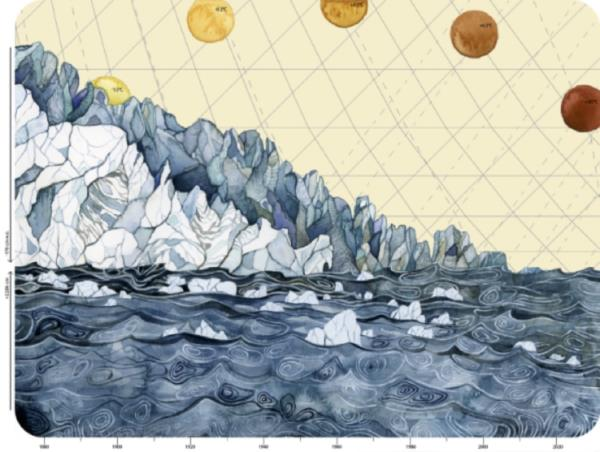