Watching the videos of tornados in the United States was like watching some fictional monster movie. It did not seem real. The size of the ominous dark cloud, the funnel, the debris in the air, the noise and sound of destruction and the awesome power of this event is etched in most of our minds. But it was real and the death and pain will be with us for a long time. 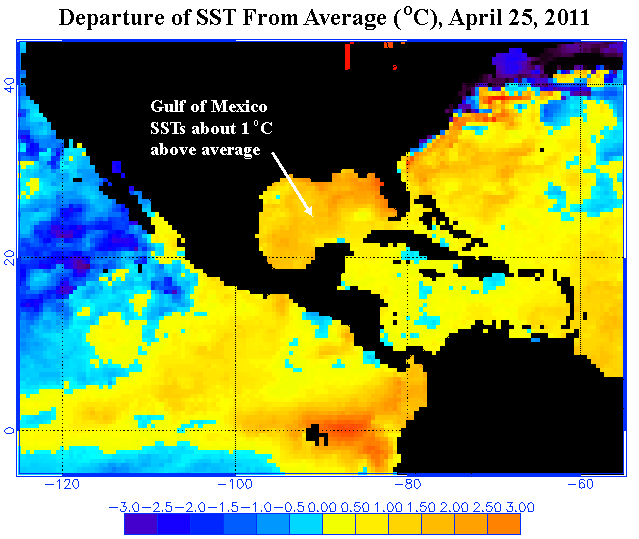 Warm weather in the northern Great Plains began to melt the deeper than normal snow pack and fill the rivers in the region. As the water laden air from the Gulf streamed into the central portion of the U.S. it collided with the cooler jet stream coming down from Canada. This triggered significant rainfall events in Missouri and elsewhere where 18 to 20 inches of rain were recorded.Many statements are being made as to what is the cause; and what is not, and it will be some time before all of the information is sorted out. There are, however, some things we do know. The "NASA Departure of SST" (sea surface temperature) map centered over the Gulf of Mexico shows the unusually high temperatures of the water in April. Since warm water heats the air above it — and warmer air holds more water vapor — the stage is set for events to happen. And happen they did.

For comparison purposes the North Country received about 3 plus inches of rain on several occasions in late April and May. The flooding in the Champlain Valley was compounded by the melting of the deep snowpack in the Adirondacks and the Green Mountains and significantly amplified the runoff. To get 18 to 20 inches of rain in a span of a few days is not something many of us experience and would be catastrophic if it occurred in the Lake Champlain basin.

To further compound the situation in the Midwest, the moist air mass continued moving northeast where additional extreme rainfall accumulated. See the "Significant River Flood Outlook" map issued by NOAA for early May 2011. 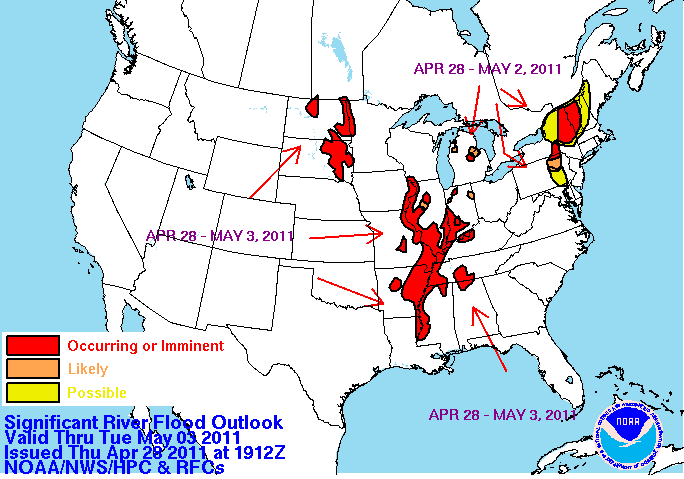 The rain-filled Ohio River, together with the swollen Missouri, flowed into the Mississippi River creating an epic flood which may be the worst on record. According to a May 8 New York Times article, "The River Untamable," the Midwest corn-belt had rain for 49 straight days. The high waters impacted more than 15 million acres of farmland in 8 states, stopped all river traffic for 600 miles and caused billions in damages. 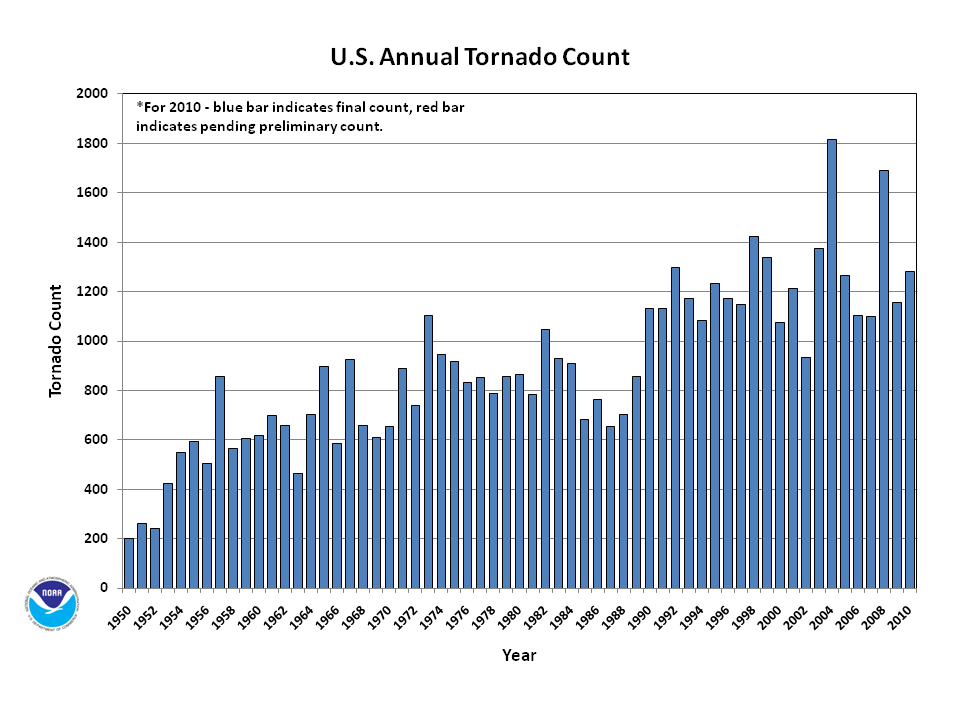 So what is going on?

One could say it was a "perfect storm."

The Age of Humans

First we have the "normal" weather variations that always exist. Throw in a la Nina cycle ongoing in the Pacific that impacts air currents and moisture levels in the West. Leaven this with a cooler jet stream from Canada a little further south than normal. Combine this with climate change or global warming with higher ocean and atmospheric temperature and moisture levels.

This combination of events can produce:

As Deke Arndt of NOAA said: "Climate trains the boxer but weather throws the punches."