Menu
You are here: Articles2019 ICSUSA ARTICLESAugust 2019 - Climate Change: Are Trees The Solution?

Climate Change: Are Trees The Solution?

Unfortunately it is not that simple. Researchers at ETH Zurich, Switzerland recently published a theoretical study, which received wide publicity, which suggested planting trees could offset nearly 2/3rds of the man-made carbon dioxide [CO2] put into the atmosphere over the last two centuries since the beginning of the Industrial Revolution.

A simple way to mitigate and to avoid climate change is to plant one thousand billion [trillion] trees. We can then carry out our lives as we normally would, continuing to burn fossil fuels and not concern ourselves with a transition to renewable energy sources. It would be basically BAU [business as usual].

This ‘thought’ experiment, and its calculations using satellite imaging, came up with 4.5 billion acres as the required land mass to plant those one trillion trees. It would need land equivalent to the size of China and the U.S. combined. And, if all those trillion tress could be planted quickly, it would still take from 50 - 100 years to begin to have any impact. This amount of time we do not have nor is it sufficient to the task.

Seedlings early-on do not sequester much carbon. And ... CO2 emissions from all sources would have to drop quickly, starting now, for this scheme to have any positive impact.

It is an unlikely scenario to expect to get countries with large land masses to agree on planting and covering large scale areas with trees. This thought experiment also does not take into consideration all of the deforestation occurring now in the Amazon River basin, central Africa, Siberia, Indonesia and elsewhere.

Indeed, deforestation in Brazil’s Amazon has accelerated under president Bolsonaro and many fear the rainforest is moving rapidly to an unrecoverable “tipping point”. In the past year, an area the size of 500,000 soccer fields containing over half a billion trees have been lost there. 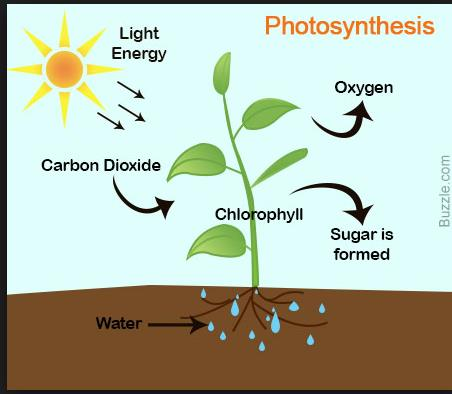 The illustration here of the photosynthesis process [buzzle.com] details the primary steps that occur when the radiant energy in sunlight shines on leaves that contains chlorophyll. Tiny holes in the leaves draw in CO2 from the air, and water and other nutrients are supplied from the roots. This process then releases oxygen, sugars and ultimately the structural components [cellulose] of twigs, branches, trunk, and more.

Is this natural process important to the planet’s well-being? Absolutely. Is it the solution to stop climate change now? No.

So while we fiddle Rome burns ...er, Greenland melts. As the heat dome from the Sahara desert moved north over Europe in the past two weeks, temperature records were smashed in France, Germany and England. Indeed, in France the temperature reached 108 degrees F. and broke the record there. Photos in the media showed people seeking refuge in lakes, and yes, fountains. See photo [Mustafa Yalcin/Getty Images] of people in the Trocadero fountain near the Eiffel tower in Paris. 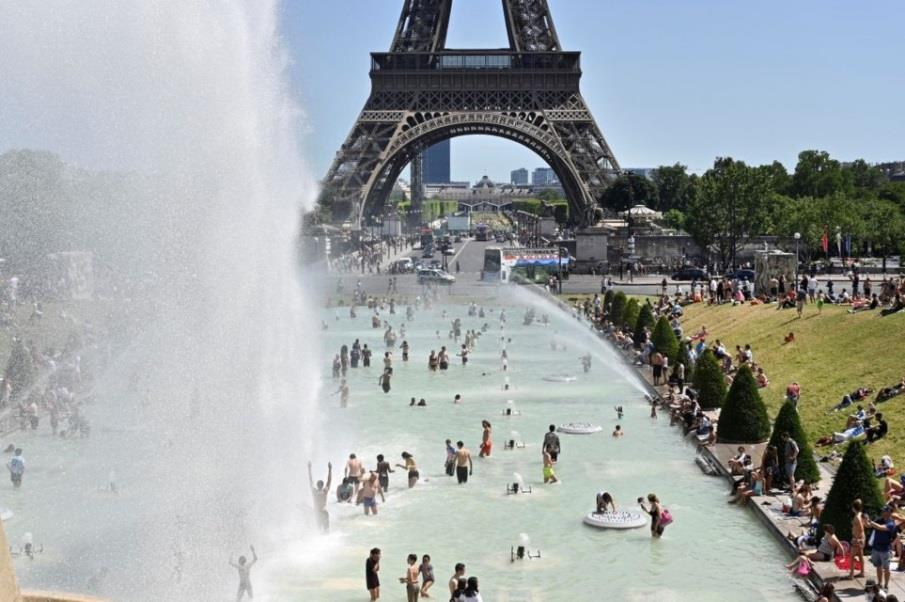 As this mass of warm air continued to move north it settled over Greenland at the end of July. “In July alone the ice sheet lost 160 billion tons of ice”, according to Clare Nullis, spokeswoman for the UN World Meteorological Organization. Jason Box, professor and ice climatologist at the Geological Survey of Denmark and Greenland stated that “what is happening in Greenland is unprecedented.”

All of this fresh, less dense water flooding into the North Atlantic could impact the weather and storms across northwestern Europe this winter. See photo [Sean Gallup/Getty Images] of large iceberg in Disko Bay, Greenland during the unusual warm weather on July 30, 2019. 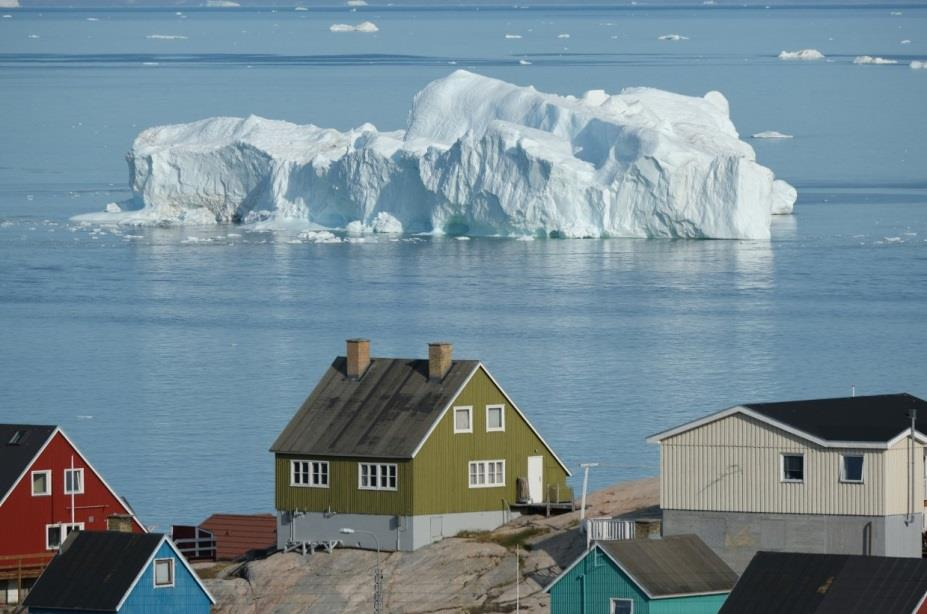 So, as our government and others, are refusing to take the needed steps and/or develop policies to address and reduce carbon emissions, actions are taking place by businesses and entrepreneurs as they see opportunities to save and make money.

An interesting case in point is a report [Energy Infrastructure Report] released in May 2019 from FERC [Federal Energy Regulatory Commission]. It showed an increase in renewable energy generation along with a net growth by fossil fuels energy of about 5,032 MW [megawatts] over the next three years.

Only one month later the report was revised and reissued! That growth in fossil fuels was almost entirely eliminated due to 4,628 MW more coal being retired, along with upping the projected retirements for nuclear power by 2,180 MW.

In addition the report upped significantly net new generating capacity for wind and for utility-scale solar.  The three year projection now states that renewable energy sources will continue to expand and provide about one-quarter of the nation’s total available generating capacity by June 2022.

Why the big projected changes in just one month? No reasons given.

We appear to be headed for another “arms race”. This would be an electric aircraft “arms race”. Some 170 companies are now involved in developing electric powered aircraft with the start-up Ampaire, based in Los Angeles, being one of them. Their business plan is to first develop a hybrid [gas and electric] airplane for the Hawaii market, and then as confidence and experience is gained move on to a fully electric model. See photo of a prototype that recently had its first public test flight. 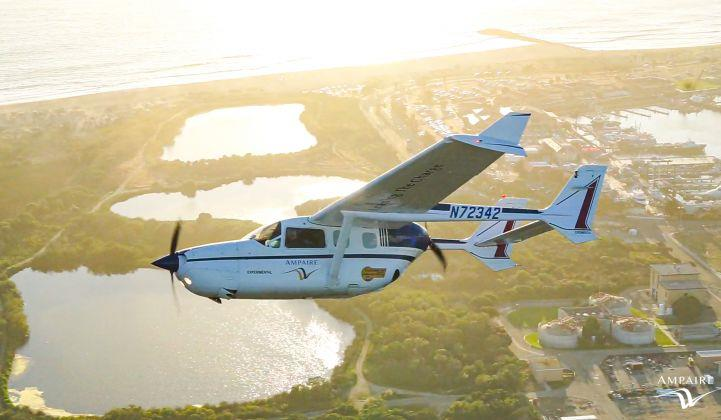