Menu
You are here: Articles2013 ICSUSA ARTICLESNovember 2013 - Coal: An Inexpensive Source of Energy With Many “Externalities”

Coal: An Inexpensive Source of Energy With Many “Externalities”

What does externality mean? One definition is: “A consequence of an economic activity that is experienced by unrelated third parties.” In the case of coal many of the externalities are negative. The utility generates electricity, customers consume it, but downwind significant costs are incurred by third parties such as buildings, trees, bodies of water, human health and more.

As a nation we understood that burning coal produced millions of tons of sulfur dioxide [SO2] which causes acid rain. Several Presidents and Congress worked with the EPA successfully to address and mitigate this environmental issue.

We also understand that high mercury [Hg] levels in Adirondack lakes and fish come from the burning of coal west of New York State. Again the Clean Air Act was used to successfully begin to address this issue and progress is ongoing.

Let’s look back at some recent history. 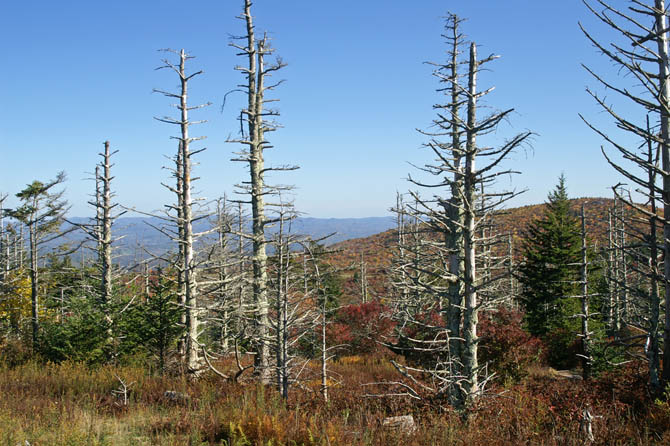 Dead trees on mountain tops in New England were beginning to be commonplace at higher elevations in the 1970’s [see photo]. From the Adirondacks to the Green to the White Mountains spruce, fir, maple and beech trees began to wither and die. Research by biologists, forest ecologists, chemists and others slowly uncovered what was happening.

They found that the rain, fog and cloud moisture bathing our land and vegetation was acidic, very acidic, and was having profound and far reaching effects on the environment, human health and elsewhere.

The measured acidity was equivalent to that in vinegar, lemon or tomato juice. It was so strong that essential minerals and nutrients were being leached out of the soil and leaves which contributed to cellular death. This “acid rain” made hundreds of Adirondack lakes so acidic that most fish died along with other aquatic organisms.  Note the map of the Adirondack Park with the most acid lakes in the western portion. 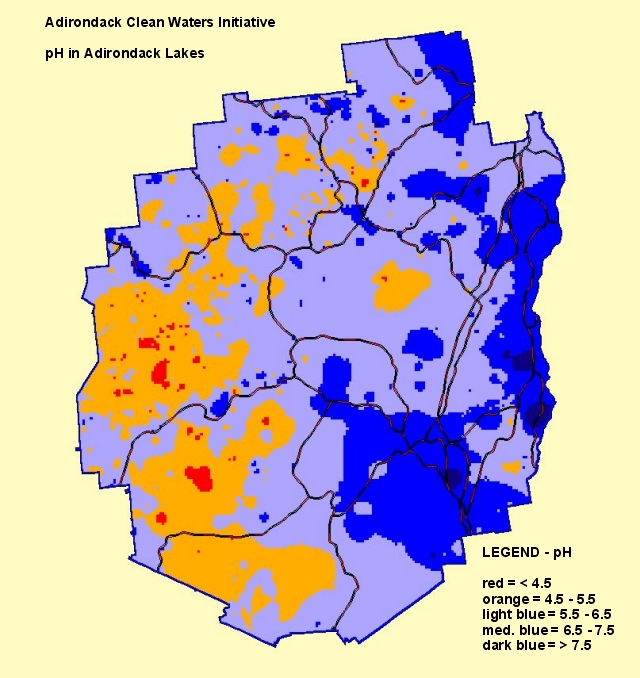 Indeed, it took 14 tons of baking soda in just one 50 acre lake to neutralize the acid. Another more permanent solution was needed.

A 10 year Congressional study prompted the passage of the Acid Rain Program [ARP] in 1990. This recognized that when sulfur dioxide [and nitrogen oxides-NOx] combined with water molecules in the atmosphere, they produced strong acids which fell to Earth as rain. The oxides came primarily from the combustion of sulfur containing fossil fuels used in power plants. See diagram here with labels
“SOURCES” and “RECEPTORS”. 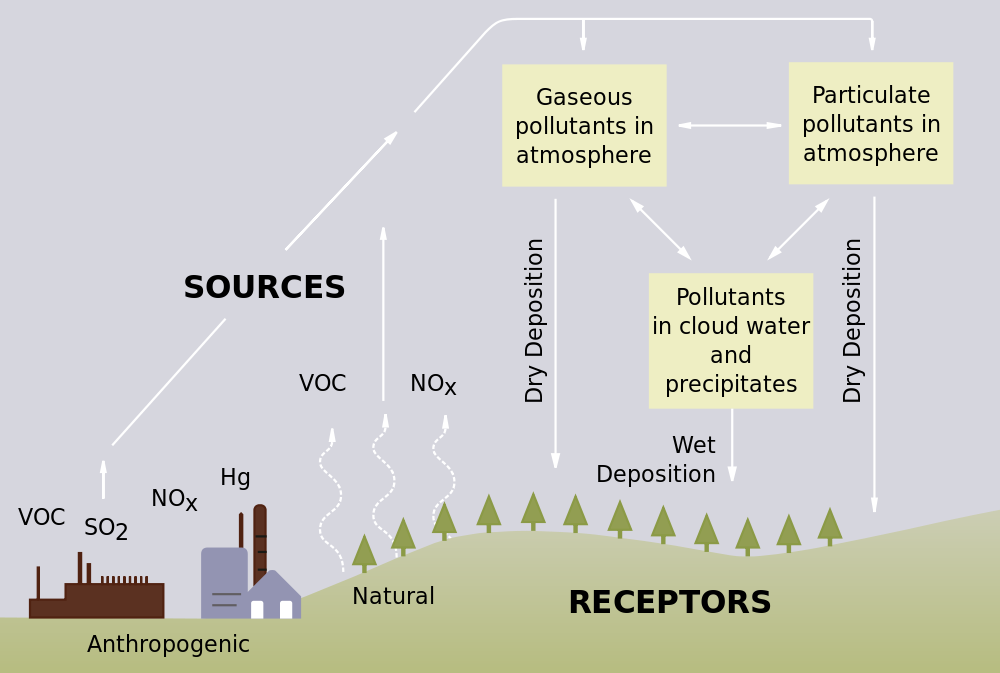 The ARP was an amendment to the Clean Air Act, and along with Clear Skies Act of 2003, required a reduction of about 10 million tons of sulfur dioxide in two phases. By 2007 the program had almost met its 2010 goal and would meet the mandates set by Congress. It is a success story as many lakes are coming back to life and again can sustain fish populations. Note in the bar chart that by 2030 most lakes will have recovered. 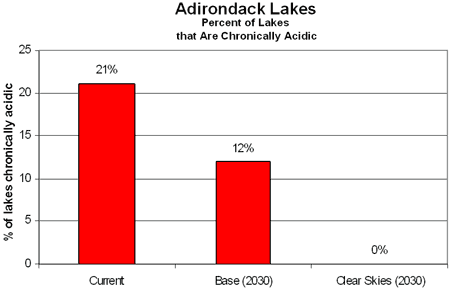 But there is still another fly in the ointment so to speak. That fly is the element mercury.

When one buys a fishing license in New York State it comes with a warning supported by the NYS Department of Health. It has issued a chart of fish species that states “Don’t Eat” the fish. This warning applies to “Women Under 50 & Children Under 15”. For all others, fish can be consumed no more than about 4 times per month. NYS is one of 49 states that have issued fish consumption advisories.

So, in effect, we are in this peculiar position of having to buy a fishing license in order to fish, but we cannot eat, or must eat infrequently, what we catch.

Mercury is present in most fossil fuels and about 50 tons per year are emitted as particulates from power plants. It is a very toxic substance – a neurotoxin – and bio-accumulates in the food chain. The EPA initiated the Clean Air Mercury Rule in 2005 with a goal of reaching 15 tons emitted annually by 2018.

With all of this success why can’t we accept that carbon dioxide from the combustion of fossil fuels is a greenhouse gas that causes our planet Earth to warm and bring about climate change?