Menu
You are here: Articles2018 ICSUSA ARTICLESOctober 2018 - “That thou canst not stir a flower / Without troubling of a star” – Climate and Man

An eloquent line by Francis Thompson [1859 – 1907], from his titled work “The Mistress of Vision”. It was also used by Loren Eiseley [1907 -1977], scientist, author and naturalist, who modified it just a bit to “One could not pluck a flower without troubling a star.”

It is a beautiful way of saying that everything in the universe is, in one way or another, connected. Let’s examine that.

People burn fossil fuels for the energy contained in them. Fossil fuels contain mostly carbon. This carbon was ‘created’ as a result of the stupendous energy released in exploding stars or supernovas somewhere in our Milky Way galaxy. It took that energetic process of enormous power to push six positively charged protons together into a nucleus of carbon.

Over time that material, containing carbon and other heavier elements created in the same way, coalesced into our solar system where we live. At the time the carbon atom was created it was given certain properties; kind of like the code in DNA. One of those properties was the ability to absorb infrared energy when it is combined with oxygen to form carbon dioxide. This energy, normally emitted to outer space, is now in part, trapped in our atmosphere.

It is this heat energy that is warming our planet right now. It is not carbon’s fault that it likes to absorb infrared energy. This property is basically in its genes inherited at the time it was created. Carbon’s not bad, or trying to harm us, it’s just doing what it was born to do.

Let’s fast forward to poets and authors. Their ways of expressing that everything is connected is cited above in beautiful simplicity.

But poets and authors are not the only artists and creative people that are exploring this interconnectedness; painters, sculptors and artists are illustrating and interpreting this idea as well.

Let’s look at a few artists with installations of their work in Times Square, NYC, Storm King Art Center near West Point, NY and elsewhere.

A sculpture [see photo] by Mel Chin is titled “Unmoored.” This is part of a much larger installation in Times Square on the theme of sea level rise. He is an American conceptual artist and this work is “part of a virtual gateway into the future of human existence inviting participants to contemplate their existence within the world’s transforming climate”.

It depicts the ribs of a sunken boat with a woman’s figure as the bowsprit. With a phone app, or with virtual reality glasses, the viewer is seemingly underwater, along with the shipwreck, and in the presence of a sea-diver with a helmet. Hulls of boats pass by overhead. The artist is making a statement about rising sea levels as a result of the melting of an enormous amount of land-based ice flowing into the oceans. The rising sea levels also result from the expansion of sea water as it warms. Times Square, and certainly parts of lower NY, will be underwater. 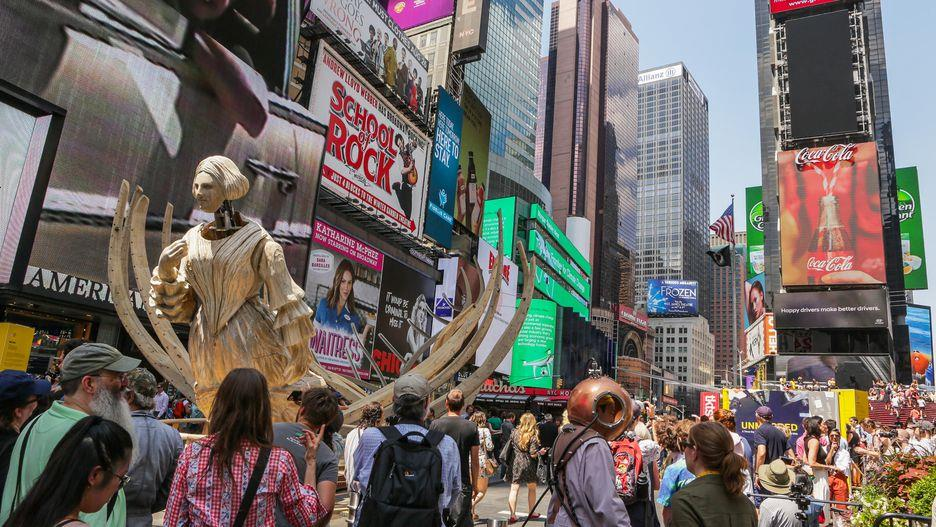 Another artist, Marina Zurkow born in NY in 1962, who along with others, developed the Dear Climate project [www.dearclimate.net]. There are numerous posters on her website all of which are available to be copied and used. These two posters highlight the connections between us and nature. In 2017 Houston TX experienced Hurricane Harvey that dumped some 55 inches of rain in the region. Although a fact, that number and amount, is very hard to fathom. 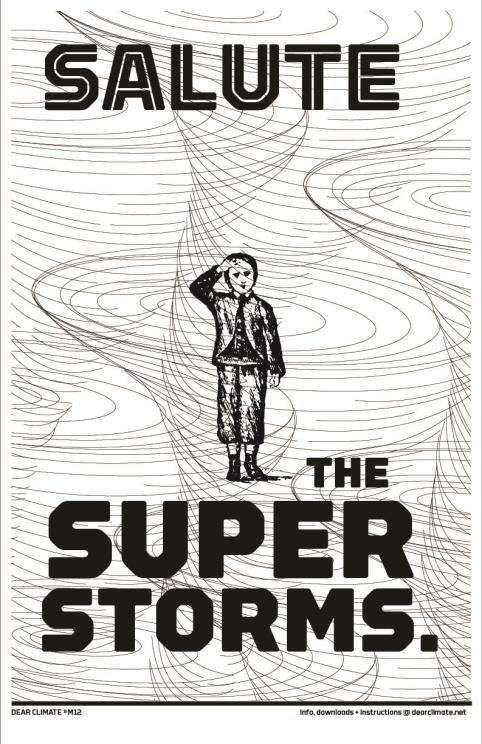 This September Hurricane Florence hit the Carolinas region with drenching rain in excess of 33 inches. Again, the damage to life and property was extensive. For comparison purposes Tropical Storm Irene in parts of NY and VT in 2011 dumped about 10 inches of rain. As the water poured down the mountainsides into the valleys the devastation to roads, homes, hundreds of bridges and loss of infrastructure in the region was extensive. The cost of fixing those damages took years and tens of millions of dollars. 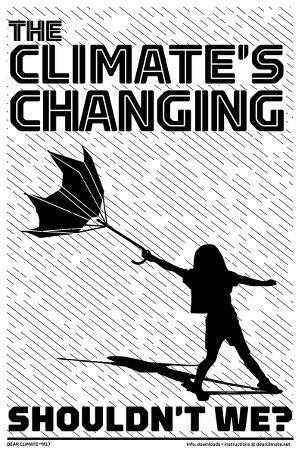 Of the many installations at Storm King one is modeled as a highway sign [see photo]. The text, “WE ARE THE ASTEROID”, by Timothy Morton, is a message about the Anthropocene/Capitalocene era and the changes man is making on the environment. 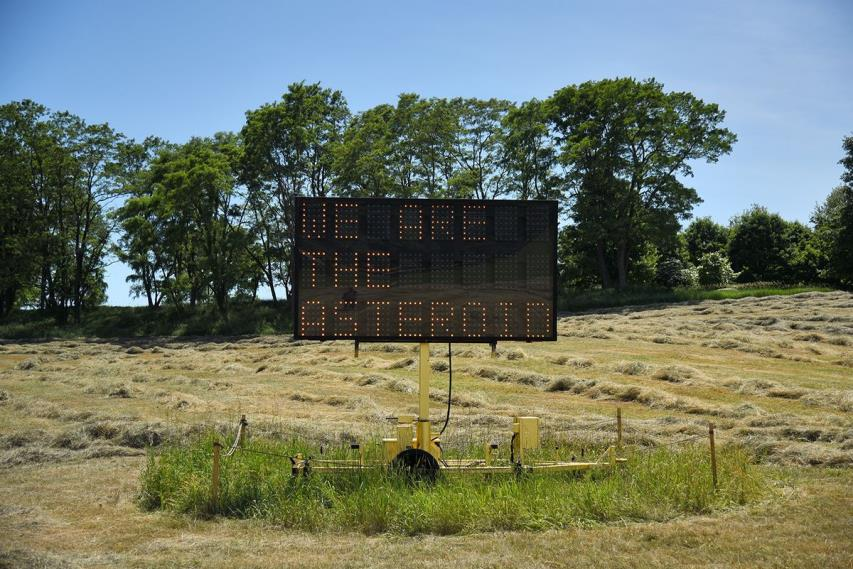