Menu
You are here: Articles2011 ICSUSA ARTICLESSeptember 2011 - Denmark: Unified on Climate and Energy Plan for Future

September 2011 - Denmark: Unified on Climate and Energy Plan for Future

This photo of the crescent shaped Earth rising over the lunar rim was taken by astronaut William Anders in 1968 during NASA’s Apollo 8 mission. It gave mankind the first glimpse of that jewel of a planet that is home, and how fragile it looks in the blackness of space. It is strange to think that the science which brought us to the moon, and back, and today  warns us of the dangers of rising carbon dioxide levels and climate change, should be the cause of so much divisiveness in our country. 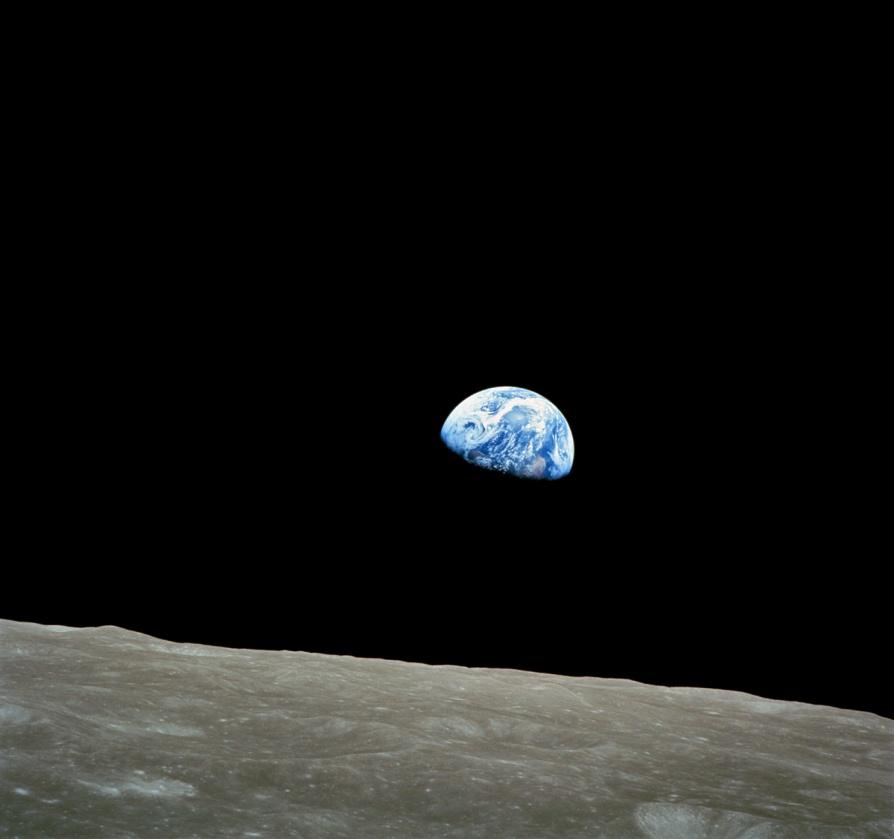 That is why a recent Road Map [Plan] published in 2010 by a commission established by the Danish government is so remarkable. This Commission on Climate Change Policy found that Denmark can remove fossil fuels from its energy system completely, including transportation, by 2050, without the need for nuclear energy or use of carbon capture and storage.

The government, consisting of several parties with the right-of-center party in majority, immediately adopted this goal. The contrast to the dysfunctional political happenings in the U.S. makes their initiative all the more remarkable.

The Danes have looked at the same science, much of it developed here in the U.S., the same charts and data that show fossil fuel consumption is rising rapidly, and that reduced availability is going to make it very expensive in the future. They accept the fact that carbon dioxide is a greenhouse gas, that ocean levels will rise and basically said, “Ok, what are we going to do about it?”

Another thing to keep in mind is that the capital, Copenhagen, lies more than 600 miles to the north of Plattsburgh. How can this be? Can they really be serious? They don’t have deserts with lots of sunshine to use photovoltaics to generate electricity, no mountain valleys with rivers of any significance toproduce hydropower, nor large forested areas to use as a source of biomass for energy generation purposes.

What the Danes have done is use all of the sources of energy available, in an integrated way, without the reliance of some “magic” future technology coming to their rescue. Let’s look at their Plan.

The schematic here is a bit busy with a lot of information but with a little patience one can easily go through it. The full article was published in the journal Solutions, vol.2, issue 4, Jul 21, 2011 and is available on the web.

Let’s start on the left and move slowly to the right side of the diagram. We see off shore “Wind turbines” and “Wave power” for electricity generation, and smaller installations of “Photovoltaic solar modules” on homes to supplement the larger grid installations. The homes have “Heat pumps” for space heating, are better insulated, and have electrical appliances that are more energy efficient than today’s.

Next we see land based wind turbines and “Electric cars”. Then “Biomass” is used in combined heat and power plants and for production of biofuels for use in transport and industry. “Industry” will be more energy efficient and use biomass and electricity rather than oil, coal and gas. Large “Solar panels” installations will provide district heating and compliment that from biomass and wind turbines.

“Geothermal heat” plants will extract energy from deep in the earth, and “Heat storage system” will store energy and make it available when necessary to even out energy source variations.

Their goal of complete independence from fossil fuels by 2050, without the use of nuclear energy, and the recommendations, are specific to the Danish situation. However, they believe the approach used is generic, is scalable, and could be of use to other nations.

The Plan would reduce greenhouse gas [GHG] emissions 80% compared to the 1990 levels as can be seen in the bar chart [units are in millions of metric tons of GHG equivalents], and be at a level that climate scientists think would be ‘climate neutral’. Progress even before the Plan was developed is already evident in comparing the reduced 2008 GHG levels to the 1990 levels.

It is understood that the electrical grid will have to be expanded and connected to the North European grid so that energy flows can be smoothed out over large areas.  Connections with the Scandinavian countries and Germany are already under discussion.

The Plan is realistic and achievable with the estimated cost about 0.5% of the 2050 GDP. Indeed, a recent report from Brazil further supports this direction. Brazil’s national electric company just completed an auction and wind power electricity costs actually came in below the price for natural gas. The low wind power price was “unimaginable until recently” said the President of the company, Mauricio Tolmasquim. 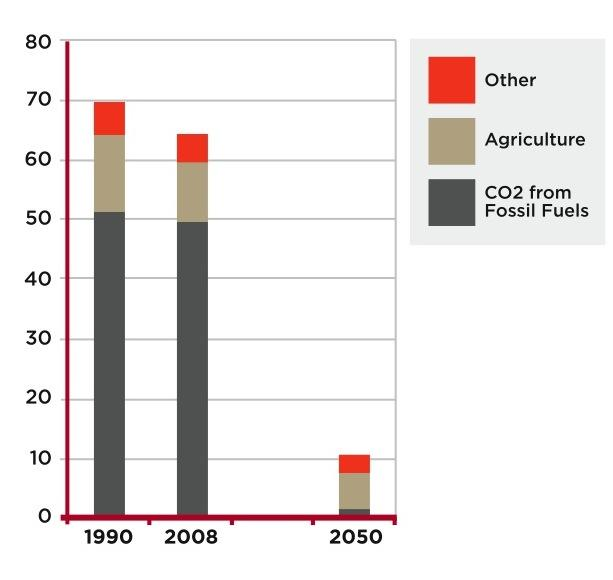 The foresight and Plan comes at a time when a report by Climate Progress states that one billion cars are now on the world’s roads and most are consuming a finite fossil resource, oil. Denmark will be well positioned in the future.