Menu
You are here: Articles2019 ICSUSA ARTICLESFebruary 2019 - Climate Change: “The Good, The Bad, and The Ugly”

Climate Change: “The Good, The Bad, and The Ugly”

Yes, these last six words is the name of a Western movie that was released in 1961. Its initial reception was mixed but in later years it was “seen as one of the greatest and most influential Western movies.” It sure gave a start to Clint Eastwood’s movie career.

The grades for 2018 are beginning to arrive. No these are not from regents, ACT, SAT or even college final marks. These are numbers that tell us how well we are doing as a country to address climate change and the serious impacts it is, and will continue to have, on our planet, society, economy andculture. The marks coming in are not good! As a matter of fact, they are very bad.
The Rhodium Group, a leading independent research provider that helps clients understand global trends, gave an interim estimate of United States emissions of carbon dioxide [CO2]. It is based on data from the U.S. Energy Information Administration [EIA], and unfortunately, shows that U.S. emissions of the primary greenhouse gas [GHG] rose by 3.4% in 2018.
It is the largest spike in 8 years and shows the U.S. is unlikely to meet its pledge to reduce emissions under the Paris climate agreement. Levels had been somewhat steady and then falling a bit for the previous three years. The WashingtonPost calls it “a jarring increase” and this comes at a time when we should be drastically reducing emissions.
See the rising zigzag graph labeled “Latest CO2 reading” from Scripts Institution of Oceanography. The global, steady, unrelenting increase of atmospheric carbon dioxide concentration in the last 60 years is obvious. The pre-industrial [~1800] CO2 level was about 280 +/- parts per million [ppm].


Another, longer-term illustration of how much the concentration of this greenhouse gas [GHG] in the atmosphere has changed, see graph labeled “CO2 levels over the past 10,000 years.” These data include measurements of CO2 in gas bubbles from ice cores in Antarctica, and for the past 60 years, from direct measurements in the air on Mauna Loa, Hawaii. 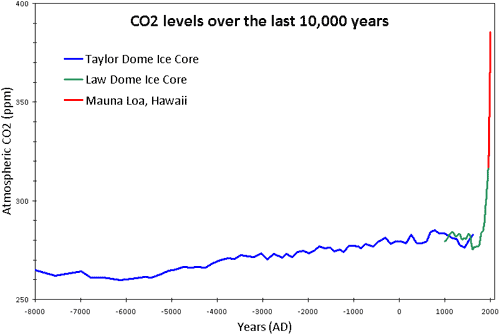 The very recent, dramatic increase illustrated in the graph is startling. The line starts [left axis] at about 265 parts per million [ppm] 10,000 years ago [left axis] and for the next 9,900 years moves up slowly to about 280 ppm. Then about 100 years ago the level of CO2 in the atmosphere began to rise sharply and today, at 409 ppm, is actually off the top of this graph.
Since CO2 is a GHG, and levels are far higher than since the last ice age, why are we not seeing higher air temperatures than the global 2 degrees F. increase we have experienced so far? The reason is more than 90% of the heat trapped by humanity’s GHG emissions has been absorbed by the oceans [The Guardian Jan 7, 2019.]
We have to remember that 70% of the Earth’s surface is covered by oceans to an average depth of 2 miles [~10,000 feet]. The wind blowing across its surface transfers that heat to the water where it slowly moves down through the water column.
The take-away message here is that without the oceans absorbing the heat trapped by CO2 our planet would be uninhabitable; right now.
Let’s now look at another part of the movie title; “The Good.” We can forget “The Ugly.”
The Good

According to CleanTechnica [2018/12/24], the Renault Group has a project to cut its overall emissions by 6% by 2022. Since it gets 60% of its automobile parts shipped by sea, and many of its finished automobiles are transported by sea, it has partnered “with Neoline to build two experimental rollon/roll-off car carriers powered by sails.” See photo “Groupe Renault”.
The ships are capable of carrying 478 cars, can average 12 mph at sea and the propulsion is a hybrid; it will use diesel as an assist and for in-port maneuvering. Compared to conventional freighters it would cut “emissions by 90%” and will begin service in 2020. Other sail-powered ships are also underdevelopment. 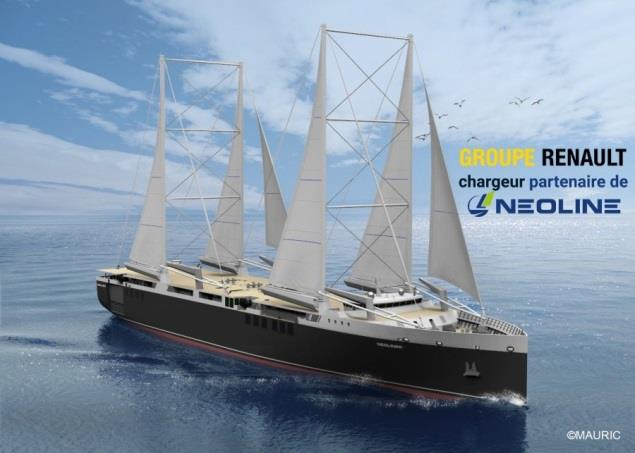 Other “Good News” came from the British Wind industry. In December 2018 it published data that showed both on-shore/off-shore wind turbines met 33% of UK’s energy needs: a new record.
Meanwhile, the artist Hara Woltz has on her website, thoughtful free posters such as the two reproduced here created by a number of artists. 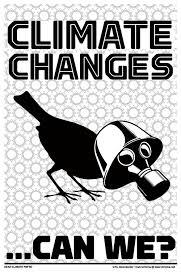