Menu
You are here: Articles2020 ICSUSA ARTICLESDecember 2020 - Climate Change: Banks Are a Major Source of the Problem ... and the Solution

Climate Change: Banks Are a Major Source of the Problem ... and the Solution

The 2015 Paris Climate Agreement was a landmark in cooperation between nations. It asked the 195 countries that signed the agreement [194 now that the U.S. has withdrawn] to make non-binding pledges to reducing carbon dioxide [CO2] emissions. There was no enforcement provision, however, and the pledges were not sufficient to meet the goal of not more than [NMT] a 3.6 degree Fahrenheit global temperature increase [2 degrees Celsius], or the stretch goal of NMT 2.7 degrees Fahrenheit [1.5 degrees Celsius].

But it was a start!

The annual Council of Parties [COP] meetings since then are intended to improve and increase on these earlier commitments. Although total global CO2 emissions from fossil fuels were flat in 2016, they continued to increase in 2017, 2018, and 2019 which was a record year.

The International Energy Agency [IEA] in October 2020 projected that this year will see a drop of CO2 emissions of about 7%; from ~36.8 billion tons in 2019 to ~ 34.2 billion tons in 2020. Most of this drop is due to the pandemic and not from improved government commitments however.

As one might expect progress was uneven between different nations and a lot of momentum was lost with the announced withdrawal in 2017 of the United States from this Agreement by the Trump administration which became final in November 2020.

One might have thought that additional fossil fuel infrastructure investments would decrease as business and governments rallied around the Paris Agreement and the existential threat of climate change. That is not what happened. During this 5 year period major banks [JPMorgan Chase, Wells Fargo, Citi, Bank of America and more] have loaned over $1.5 trillion to fossil fuel companies for still more drilling, fracking, mining and pipeline construction. It turns out that Chase is the largest fossil fuel banker on the planet.

But, a crack in the dike is developing: not-for-profits, environmental organizations, some politicians and many governments [cities, states], authors and other activists have pressured and shamed the banks to change their lending practices and changes may be coming. See photo [ecoRI News] of protestors in Providence RI earlier in 2020. 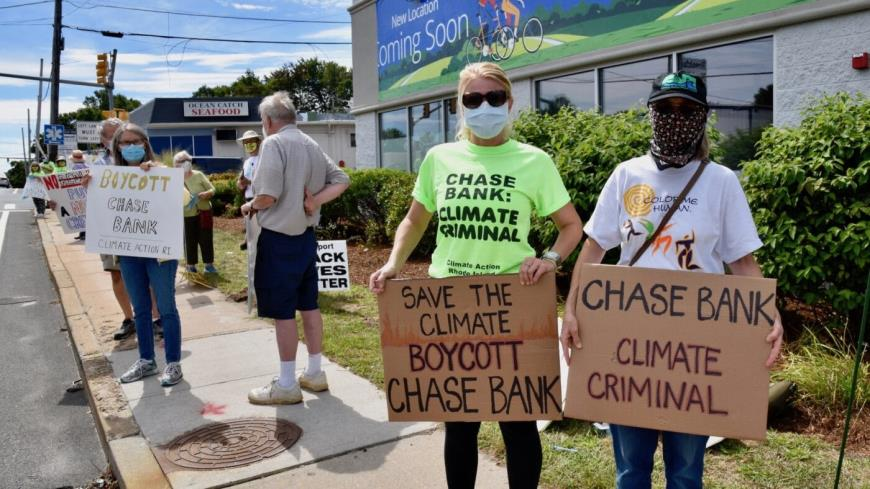 The Arctic National Wildlife Refuge [ANWR] in Alaska is one of the most pristine natural areas on the planet. It is in the northeastern corner of Alaska. See photo of area from Wikipedia by Steven Chase, U.S. Fish and Wildlife Service. At over 19 million acres it is 2 1⁄2 times the size of the Adirondack Park and has no roads. The Trump administration is planning to sell oil exploration leases now.

But ... Six major banks have now pledged to not finance oil and gas exploration in ANWR. They include Goldman Sachs, Morgan Stanley, JPMorgan Chase, Wells Fargo, Citi and now Bank of America. It will be some time before all of the “dust settles” but the direction is positive.

And that is not all!

The London-based bank HSBC has pledged to “reduce the emissions of its own operations and supply chains to net-zero by 2030.” In addition it will also “reduce its client portfolio to net-zero by 2050.“ Thebank will also “provide up to $1 trillion in financing over the next ten years to help those customers make the transition, and invest $100 million in clean technologies.” [The Beacon October 12, 2020].

HSBC has joined several other large banks that all have similar objectives. Barkley’s’ Bank now has a Chief Sustainability Officer to help guide the bank to net zero emissions in its operations by 2050.

In other news consider these items:

--In December 2020 Denmark will no longer issue new licenses to search for oil and gas and will phase out all existing leases for oil and gas exploration and extraction by 2050. It declared “an end to fossil era.”

--The U.S. shattered records for battery storage installations in 2020, according to Wood Mackenzie, to more than 1,113 MWh [megawatt hours]. This will store and help smooth out energy supplies produced by renewables.

--November 2020 was the hottest November globally on record. Those who get their electricity from New York State Electric and Gas can see this for themselves on their November billing. In 2019 the average monthly temperature was 40 degrees F; for November 2020 the average was 47 degrees F [see lower right hand corner on the billing].

-- Note that engineers and entrepreneurs are still busy electrifying everything. See the photo of the new Solectrac tractor. 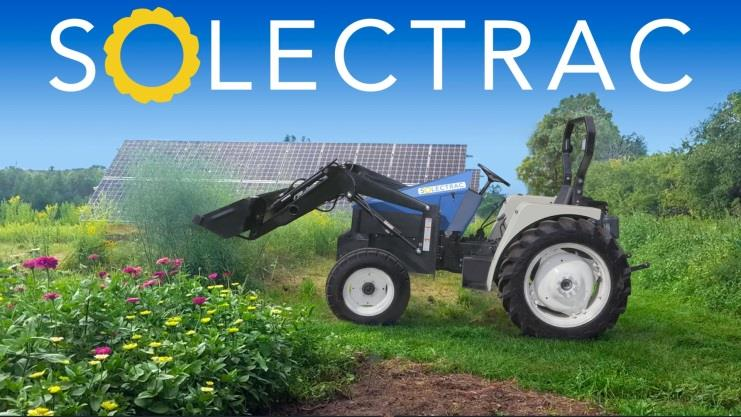 --Major news item: on 09Dec2020, NYS Comptroller DiNapoli announced that the huge $226 billion NYS Common Retirement Fund, the third largest in the U.S., will divest from the fossil fuel industry, decarbonize its entire portfolio of investments and move to net-zero emissions portfolio by 2040. This is a massive victory for the Divest NY Coalition and activists in the fight against climate change.

--One final note, Project Drawdown a nonprofit organization, developed a list of 100 items to address climate change and has just selected a subset of 10 of them on their website. See table, “Top 10 solutions to climate change.” All reasonable, doable now without waiting for some future new technologies.